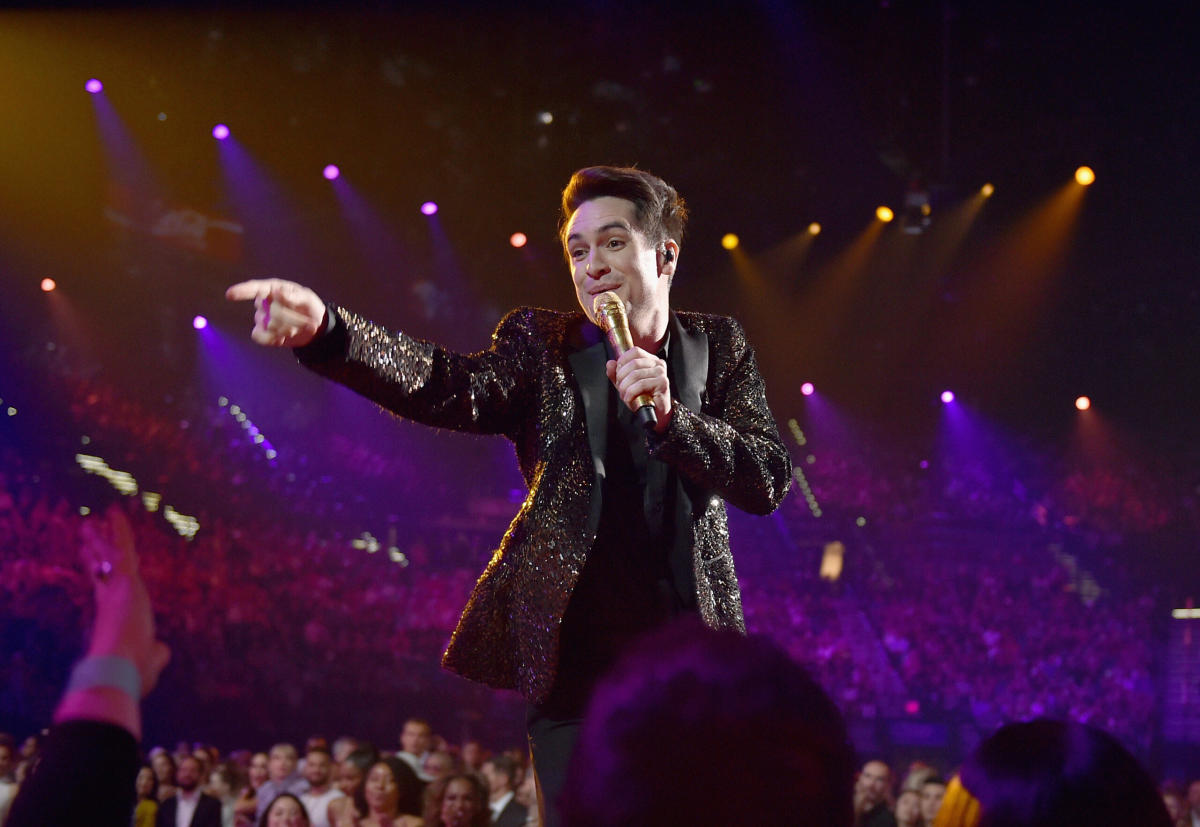 Panic! at the Disco is calling it quits after a spring European tour, according to an Instagram post today (Jan. 24) from sole original member and frontman Brendon Urie, who is expecting his first child with his wife Sarah. “I am going to bring this chapter of my life to an end and put my focus and energy on my family, and with that Panic! at the Disco will be no more,” he wrote.

“Well, it’s been a hell of a journey. Growing up in Vegas I could’ve never imagined where this life would take me. So many places all over the world, and all the friends we’ve made along the way. But sometimes a journey must end for a new one to begin. We’ve been trying to keep it to ourselves, though some of you may have heard. Sarah and I are expecting a baby very soon! The prospect of being a father and getting to watch my wife become a mother is both humbling and exciting. I look forward to this next adventure. That said, I am going to bring this chapter of my life to an end and put my focus and energy on my family, and with that Panic! at the Disco will be no more. Thank you all for your immense support over the years. I’ve sat here trying to come up with the perfect way to say this and I truly can’t put into words how much it has meant to us. Whether you’ve been here since the beginning or are just finding us, it has been a pleasure to not only share the stage with so many talented people but also share our time with you. I am looking forward to seeing everyone in Europe and the UK for one last run together. I love you. I appreciate you. Thank you for existing. Brendon.”

Panic! formed in Las Vegas in 2004 and quickly rose to fame amid the pop/emo wave alongside groups such as Fall Out Boy with the single “I Write Sings Not Tragedies.” In recent years, Panic! was a de facto solo project for Urie, as the other original members gradually departed, but its success continued with 2018’s Pray for the Wicked. That album debuted at No. 1 on The billboard 200 and spawned the monster hit “High Hopes,” which topped five different billboard charts. Panic!’s final album, last year’s Viva Las Vengeance, reached No. 13.

Outside of Panic!, Urie also appeared on Broadway in the Cyndi Lauper-penned musical Kinky Boots and teamed with Taylor Swift on her 2018 song and video, “Me!”