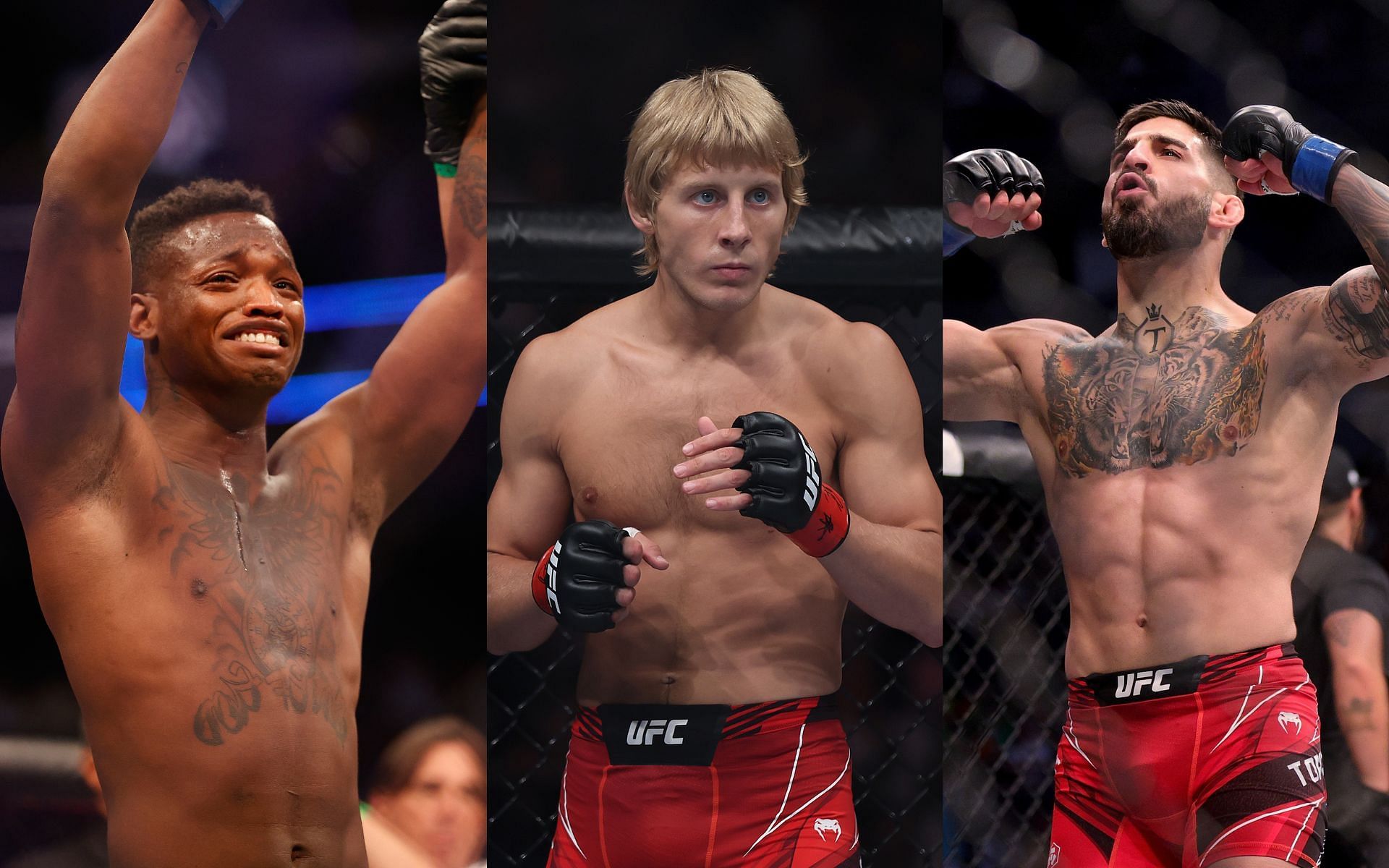 Outside of the title contenders in the lightweight division, Paddy Pimblett is the name on everybody’s lips. The English fighter had a wildly entertaining start to life in the UFC. His growing popularity makes him a favorite call-out for fellow upstart lightweights who are not yet part of the bigger picture.

Speaking ahead of UFC San Diego, Pimblett was asked his thoughts on being called out by Terrance McKinney and other lightweights. He replied:

“Everyone wants to fight me, lad. They’ve all got less than a hundred thousand followers on them. I’m 1.8 million or something, know what I mean? That’s why they wanna fight me.”

‘The Baddy’ also offered his looks as reason enough for other fighters not to fear him:

“I’m also not a very scary dude. I don’t look that intimidating, lad. So people think, ‘I can beat him,’ and then when you get in the cage with me and you’ve got to solve the puzzle, you can’t.”

With his native Liverpudlian Ketwig haircut, boyish smile, and light-hearted demeanor, Pimblett draws in many a fighter looking to elevate their status. The true fighter in him is only apparent inside the cage where his record speaks for itself.

Paddy Pimblett has received a barrage of call-outs

However, he had his sights trained on only one fighter competing that night:

‘El Matador’ and ‘The Baddy’ went at it prior to UFC Fight Night London, brawling at the hotel they were all put up in. Topuria revealed it was due to Pimblett’s insensitive remarks about his home country of Georgia.

Watch Topuria’s callout here after his win at UFC London:

That should surprise nobody…

There’s only ONE name on

Terrance McKinney is the latest fight to call out Pimblett, taking to Twitter to make his statement. After confirmation from the UFC that Molly McCann will fight Erin Blanchfield at UFC 281 at Madison Square Garden, ‘T.Wrecks’ sought a fight with her close friend on the same card.

He posted a photoshopped image of himself and Paddy Pimblett in a faceoff with the caption:

If Meatball is coming to New York does that mean Patrick is coming too? https://t.co/1GthsrIU76