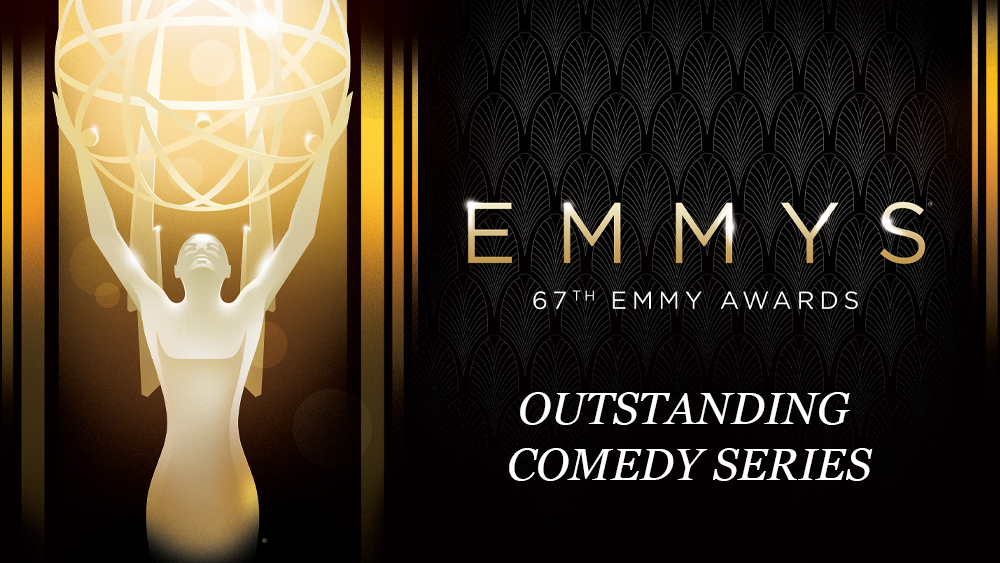 Six of the eight nominees in this category have been previously nominated, but only two, Ted Lasso and hacks, were among the nominees last year. The shows dominated the comedy categories with lasso picking up seven Emmys including the top one, and hacks emerging triumphant in the all-important writing, directing and Lead Actress contests. With six more contenders, will lasso and hacks be dominant on Emmy night once again, especially now that they are in their second seasons and no longer the new guys on the block? both Barry and Curb Your Enthusiasm are, like hacks, also from HBO/HBO Max, making that premium network/streamer the only outlet with multiple nominations. That could be a plus for the other networks as they don’t have to compete against themselves, but this kind of dominance is still a nice problem to have for HBO, which has a combined 35 nominations in the Comedy categories. An interesting fact is that this category has defied Emmy history lately by awarding a different show (Mrs. Maisel, Fleabag, Schitt’s Creek, Ted Lasso) the prize for the first time in all their cases in the last four years consecutively. Does that mean we are again ripe for something that has never won?

This newcomer, and out-of-the-gate hit, has the dubious distinction of being the only broadcast network show to break through this year in any of the three top program categories. It also has by far the most diverse cast and behind the scenes talent of any of these nominees. Starring and created by Quinta Brunson, it is a show that has much to say about the education system and that gives it added gravitas. It certainly would be quite the feat to land a win on its first time around, and a much-needed boost for the major networks to have an Emmy winner here for the first time since another ABC show, Modern Family, dominated five years in a row. Although it has one of the lowest totals of nominations in this category with only 7, it picked up the only one of those – casting in a comedy series – that it was even up for at last weekend’s Creative Arts Emmys, and that impressively is one more than presumed front runner Ted Lasso did at those ceremonies. Plus it has been on a roll sweeping the TCA awards with four wins as voting was happening.

The hitman and wannabe actor, as filtered through the mind of Bill Hader, is back in the race for the first time in three years, certainly not because people ignored it, but simply because of a long spell between seasons. The show, first nominated in 2018, has won six Emmys for its initial two seasons, and has 14 nominations in its third, where it seemed to get even darker. The show has not had any less critical acclaim than it always had despite the hiatus. The big question might be if enough voters actually believe this darkly unique series is really a comedy anymore. It picked up 3 wins already at last weekend’s Creative Arts Emmys.

If any show is overdue for an Emmy victory here, it is this gem from Larry David which has been turning it out so consistently since 2001. This is the show’s 10th Outstanding Comedy Series nomination, among a far-too-small total of four nominations overall this year. In all that time, it has racked up 51 nominations but only two wins. If you ask me, it is high time for voters to give this hilarious show a closer look. Still basically improvised and then crafted into classic comedy, I find it hard to curb my own enthusiasm for what it continues to achieve.

It isn’t always easy for a series to find its groove right from the start, but hacks knew what it was all about immediately after sneaking on the air just under the wire for the 2021 Emmy eligibility and’t let up in its second season. Proof of its success was coming right in and taking Emmys for writing, directing, and, of course, Lead Actress for Jean Smart, even when it appeared Ted Lasso might prove too stiff a competitor. I have a feeling hacks came closer to a win in this category as well, and might be primed with its 17 nominations to do just that now, and it already won a couple at the Creative Arts Emmys.

The only series other than Ted Lasso to actually know what it is like to be named Outstanding Comedy Series — it won on its first try in 2018 — has since been nominated here an overall four times, and this year has 12 nominations to add to its previous 54 nods and 20 wins. The bigger question though is can it find its way back to the winner’s circle four years later or has this Prime Video hit already had its moment?

Only Murders in the Building, hulu

With 17 nominations on its maiden Emmy voyage, voters are clearly loving this teaming of Steve Martin, Martin Short and Selena Gomez — although the snub of Gomez in the Lead Actress category is a big miss. along with Abbott Elementary it is the only other first season series to make the cut here, but can it do what lasso did last year and win right off the bat? The cast, and the cleverly constructed comedic mystery format, makes me think it has a real shot to do just that. It already picked up 3 Creative Arts Emmys over the weekend.

With 20 nominations, matching its first season total, the Ted Lasso Emmy express shows no signs of slowing down. It once again leads the pack into this category and probably has to be considered the frontrunner again. It’s a show all about kindness, and one Emmy voters have shown enormous kindness toward themselves. If Season 2 was not quite as bewitching as Season 1, it still delivered on all that Emmy love, and a recent packed campaign event showed industry fans are still numbers. Publicity that next season might be its final one might just add to the urgency to keep honoring it. Downside is that over the weekend it was zilched at the Creative Arts Emmys, losing all 10 of the nominations it was up for at those ceremonies. The sign

What We Do in the Shadows, FX

This wacky vampire comedy is up for its second shot in this category having previously been nominated in its first eligible year of 2020. The gap year did no harm as it added another seven nominations to its lifetime total of 17, and it proves viewers and voters love the pure insanity of its humor. In some ways a new-age Addams Family or munstersI have to say I would be stunned to see it win, so we will put it squarely in the dark horse category, but whatever the results, the series is a definite winner when it comes to pure comedy chops.