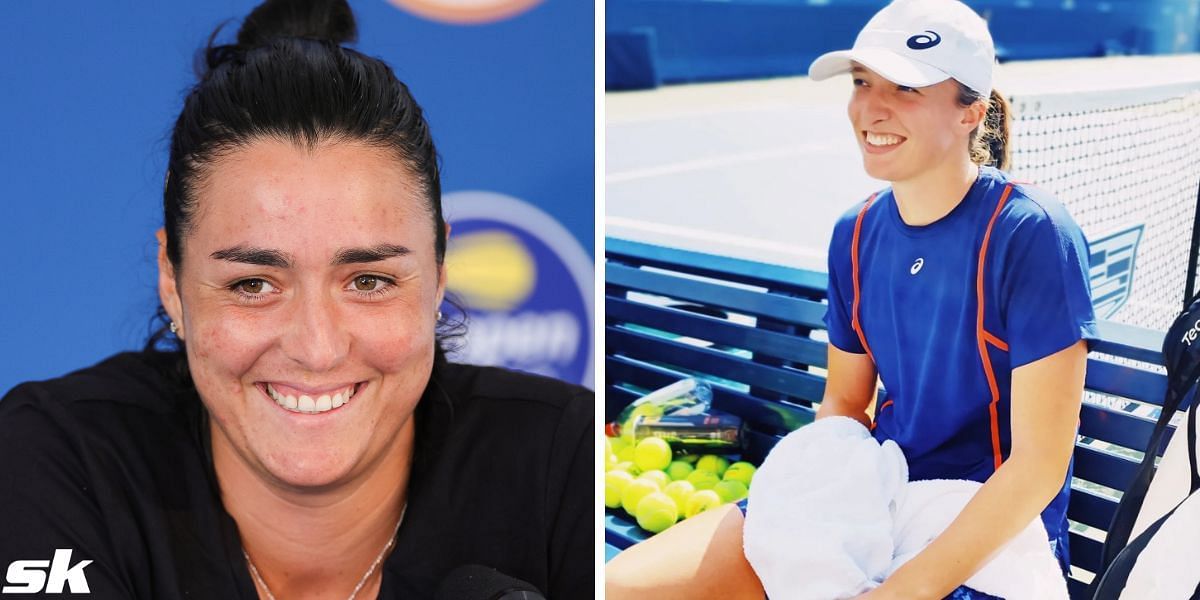 Following her US Open final defeat, Ons Jabeur had joked that she was not a fan of Iga Swiatek.

The Polish World No. 1 put in a clinical performance on Saturday, beating Jabeur 6-2, 7-6(5) at the Arthur Ashe Stadium to clinch her maiden US Open and third Grand Slam title. The Tunisian, on the other hand, finished as the runner-up at a Major for the second time, having lost to Elena Rybakina at Wimbledon earlier this year.

In her post-match on-court interview, Jabeur congratulated Swiatek on her title win and also joked about not liking her very much.

“I want to thank the crowd for cheering me up. I really tried but Iga did not make it easy for me. She deserves to win today. I don’t like her very much right now, but it’s okay,” Ons Jabeur said .

When asked about her feelings towards the World No. 1 at her press conference, Jabeur clarified that she was only joking, before stating that she’d forgive her for her win if she gifted her something nice.

“I was joking when I said I don’t like her. I’ll forgive her when she gives me a Rolex or something,” she clarified, with a smile.

The pair have faced each a few times over the last few seasons. Last year, Jabeur won both their clashes while Swiatek won twice this year. The 28-year-old said that she hopes to play her in big matches going forward and also catch her in the WTA rankings.

“Yeah, definitely we’ll play each other because she’s No. 1, I’m No. 2. Hopefully it will be great matches between us. She’s improved a lot I think her forehand and her serve. She’s always been solid in the backhand. That’s kind of tough. Physically she’s everywhere. She can bring any ball. It’s always tough to play someone that puts one more shot in,” she said.

“Yeah, we’ll play each other in the Finals, I think so. Maybe we’ll be different groups. I don’t know. But, yeah, catching up in the rankings, I know she has a lot of defending points , I have none. That’s kind of the goal,” she added.

Speaking about her performance against Iga Swiatek in the US Open final, Ons Jabeur stated that her opponent started strong, which left her chasing the contest and trying to stay in the game.

“She come off like really strong and put a lot of pressure on me. That didn’t help. I was trying to get in the match. It was very tough. And she was playing really good at certain times. get into the rally. Hitting lines a lot of times, kind of annoying from her,” she said.

“Second set, again, I had my chances, she had hers. I was just coming back, coming back. At certain times it was kind of tough because I wish I had, like, that lead so I can continue and build on it I know she didn’t play as good as the first set at certain times, maybe I should have taken my shot,” she added.

That said, Ons Jabeur stated that she gave her best in the match and has no regrets.

“To be honest with you, I have nothing to regret because I did everything possible. I wish I served a little bit better today. It would have helped me a lot. You know, you know Iga, how she plays in finals. It’s very enough to beat her. I will keep positive and work on the things that were missing today,” she explained.