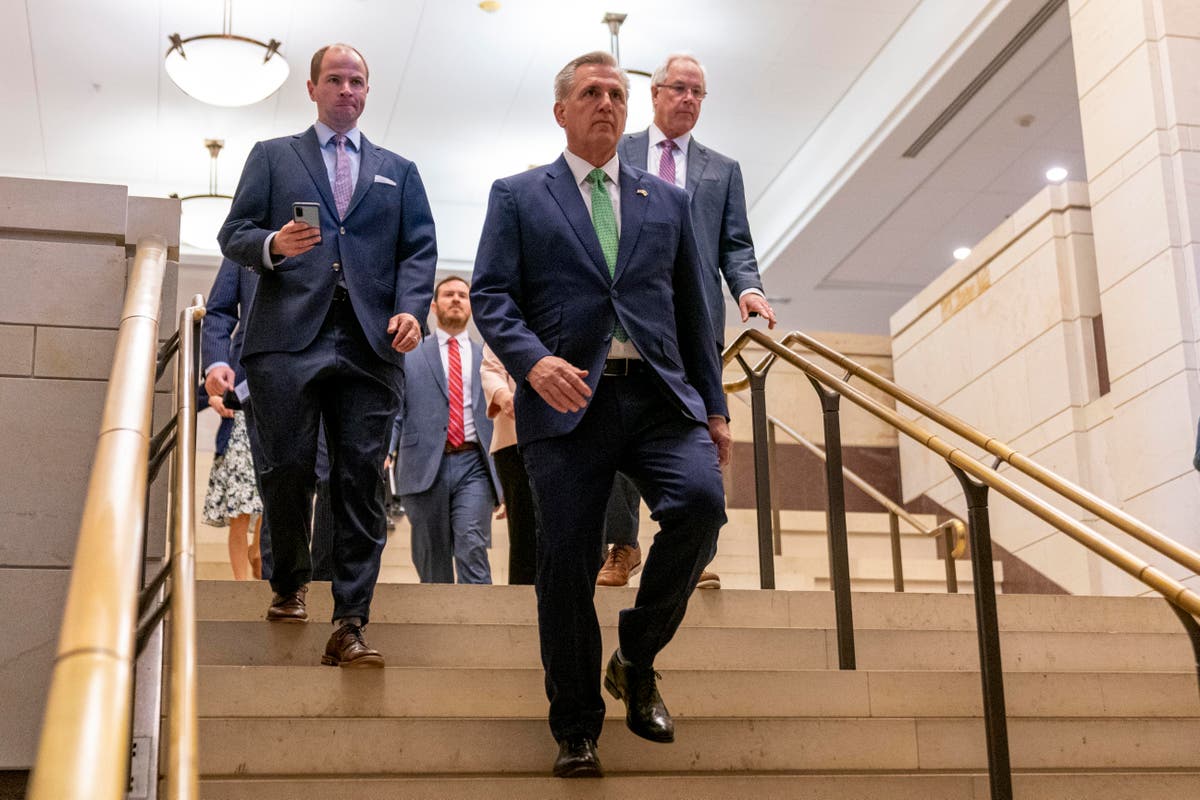 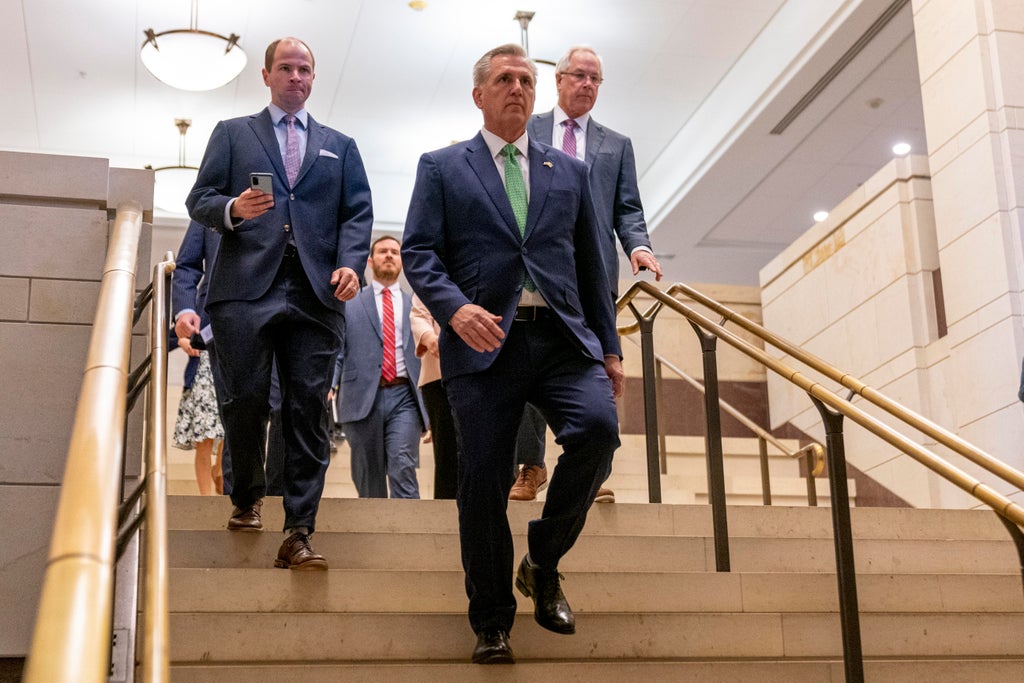 Following Ukraine President Volodymyr Zelensky’s address to members of Congress on 16 March, Republican House leader Kevin McCarthy said the US must approve MiG jets for Ukraine so officials there can create their own no-fly zone, while swiping at President Biden for what GOP leadership characterized the life-threatening delays.

“I think right now providing them the MiGs that they can create a no-fly zone,” he told reporters following Mr Zelensky’s address.

“The entire time, speaking with those in Ukraine and the president himself, has never asked for American men and women to be in a battle. All he’s ever asked for is, give us the opportunity to defend ourselves,” Mr McCarthy said.

He said his advice to Mr Biden “was provide them armaments earlier to deter Putin from ever making this decision”.

Following Mr Zelensky’s address, which included visceral footage of Russian attacks and Ukrainian civilian casualties, Mr Scalise said “you really got to see the sheer brutality of what Putin is doing in Ukraine”.

“But it shows you that nothing less than genocide is going on in Ukraine by Putin and his army,” he said. “Zelensky made a plea to the United States, to President Biden, he’s continued to reiterate that the people of Ukraine just want more tools to defend their country, especially right now to be able to control the sky. That’s why getting these MiGs in immediately is so critical.”

He added: “The longer President Biden waits trying to figure out excuses not to offend Putin, it’s costing lives in Ukraine.”

In his address, Mr Zelensky asked Congress for air defense systems and fighter jets as an alternative to a Nato-enforced humanitarian no-fly zone over his country’s airspace, should legislators and US officials oppose the measure.

US and Nato officials have largely declined calls for a no-fly zone over Ukraine because such a measure would place Nato warplanes at risk of direct engagement with Russian aircraft, raising the possibility of a nuclear confrontation.

In its place, Mr Zelensky said Soviet-made MiG-29 fighters owned by Nato members “exist and you have them, but they are on earth – not in Ukraine, in the Ukrainian sky. They don’t defend our people.”

Last week, the Pentagon rejected a proposal from Poland to provide the Ukrainian Air Force with the jets, which US Department of Defense spokesperson John Kirby called not “tenable” because of the risk of escalating conflict between Nato and Russian forces.

The deal proposed a transfer of 28 MiG jets from Poland to Ukraine via the US, while the US would have also sent F-16s to the Polish Air Force.

According to the White House, US national security adviser Jake Sullivan spoke with Russian Security Council secretary Nikolay Patrushev on Wednesday “to reiterate the United States’ firm and clear opposition to Russia’s unprovoked and unjustified invasion of Ukraine” and to “cleary” defines US support for Ukraine soveriegnty and Nato’s eastern flank.

He also warned General Patrushev “about the consequences and implications of any possible Russian decision to use chemical or biological weapons in Ukraine,” according to a White House readout of the call.

On Saturday, President Biden authorized the US State Department to provide up to $200m in aid and defense services to Ukraine, including military education and training, following a broader package of Ukraine support through billions of dollars in aid and sanctions aimed at Russia.

Last week, Congress approved a $13.6bn aid package, including $6.5bn for troops and weapons to Eastern Europe and $6.8bn in economic aid and support for refugees.

Per the Foreign Assistance Act, the president may authorize the “disposition of United States property or services,” or drawdown, to other nations without legislative authority or congressional appropriations.