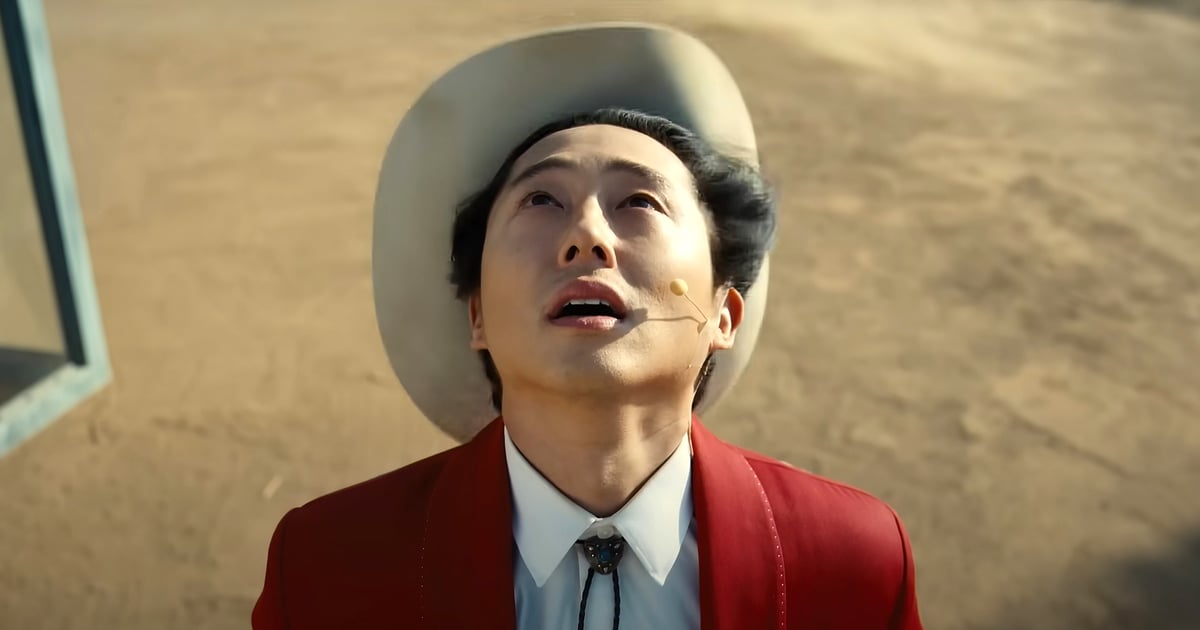 Jordan Peele’s latest film, “Nope,” has left fans worldwide with much to discuss. While the sci-fi horror about an extraterrestrial invasion’s plot is simple, the references and deeper meanings embedded throughout leave a more profound impression. Jordan Peele’s films are never one-dimensional, having gained a reputation for packing twists, turns, and a heavy dose of social commentary into all of his films.

One of the oddest aspects of “Nope” is the backstory of Steven Yeun’s Ricky “Jupe” Park. Jupe reveals to brother-sister duo OJ (Daniel Kaluuya) and Emerald (Keke Palmer) that he used to be a child actor. One of the shows he was best known for was a popular but short-lived program called “Gordy’s Home,” and his costar dele was a chimpanzee playing Gordy.

Despite Jupe being a husband and father of three boys, he spends a lot of time dwelling on his childhood, specifically his time on the set of “Gordy’s Home. The popular show featured Jupe as the young son of a loving family consisting of a mother.” , father, sister, and Gordy, the titular chimpanzee. Jupe talks about how the show gained a cult following. He even has a secret shrine to the show and its memorabilia in his office, which a couple paid an obscene amount to spend the night in that room.

Jupe confesses that the show saw an early cancellation because the chimp that played Gordy, scared by a balloon popping, ended up attacking the cast members. As “Nope” goes on, we see more of the attack through flashbacks — horrifying scenes of a chimp covered in blood chasing actors off-set. The most disturbing part is the young girl lying on the floor throughout the flashback. A couch mostly conceals her body, but we see her legs sticking out and twitching. When the chimp realizes she’s still moving, he attacks her behind the couch. Gordy approaches the table Jupe has found refuge hiding under, seeking the company of the young actor who’s become his companion. Gordy even reaches under the table to give him a fist bump. As Jupe reaches back, Gordy is shot in the head by someone off-screen.

In the present timeline, Mary Jo comes to Jupe’s Western-themed park to see The Star Lasso Experience, where Jupe sacrifices a horse to the alien in the sky for entertainment. Jupe introduces her to the crowd as his first love and fellow costar. As the camera pans to her, we see a woman sitting in the bleachers wearing a hat and a veil to cover her face. Later, when the alien arrives and the wind kicks up, we get a glimpse under the veil. Gordy’s mauling of her has irreparably scarred her face. She was the girl mauled behind the couch.

Is the “Gordy’s Home” Chimp Attack Based on a True Story?

While unconfirmed by the film’s creators, there’s a chance the Gordy mauling incident was based on a real-life incident with a chimpanzee named Travis.

Sandra and Jerome Herold adopted a baby chimpanzee in 1995 and raised Travis as if he were a child. Dressing him like a person and having him dine with them, Travis was treated as part of the family. However, in 2009, after nearly 15 years of living among people, Travis — agitated by seeing Charla Nash, a friend of Sandra’s, holding his favorite Tickle Me Elmo toy — flew into a rage and mauled Nash, leaving her blind with severe injuries to her face and hands, which required a face transplant in 2011.

Travis’s attack on Nash seems to mirror the “Nope” attack, especially when you consider Nash appeared on the Oprah Winfrey Show in 2009, just months after the attack. Like Mary Jo in “Nope,” she wore a hat with a veil to cover her face.

What Does Jupe’s Backstory Mean?

Jupe’s backstory is one of exploitation. Due to his appearance in the hit movie “Kid Sheriff,” he got the job as a main character on “Gordy’s Home,” the same show exploiting the talents of an exceptionally well-trained chimp. Jupe’s entire childhood seemed wrapped in exploitation by his parents and the producers of the projects he starred in. Whether he realized this or not is up for debate. Either way, the irony of his upbringing him is that he’s become the exploiter later in life. His Star Lasso Experience, where he is literally sacrificing living creatures to an extraterrestrial beast in the sky, is nothing but him exploiting something he does not understand for money.

Jupe makes for a fascinating character study because his trauma has manifested in an unexpected way: hubris. What we think would be something horrific and brutal to think about, Jupe has glorified. He’s built a shrine to the show that ended on his worst day of his life. He even charges people to see it. He doesn’t remember the incident as horrific, but rather almost fondly. He even suggests an SNL skit based on the incident. Ultimately, he sees it as having faced death and walked away unscathed, victorious. In his mind, he can do so again. He’s untouchable.

Jupe, however, has allowed that encounter to make him believe he is special, someone more important than the average person, and someone who can control the uncontrollable. He puts on a disturbing spectacle where a massive alien in the sky he knows nothing about (other than it likes eating horses) devours innocent creatures for entertainment. He has the audacity to think he has tamed the beast.

When Lucky, the latest horse Jupe purchases from OJ, refuses to move out into the open to be eaten, the alien ends up sucking up the entire audience instead. Believing the tragedy that’s about to happen is just another scene in Jupe’s show, none of them look away as the beast swoops down and devours them all. Jupe’s hubris leads dozens of people, including his own family, to their deaths. He is solely responsible for that. An alien in the sky can’t be held responsible for doing what comes naturally — eating — but a person so lost in his greed and self-importance can certainly be blamed for marching unsuspecting spectators to their deaths by said alien.

Jupe’s belief in himself and willingness to do whatever he can to make money plays into the film’s overall theme. People cannot look away from a spectacle, even when it would be in their best interests. Unfortunately, our current society lives for obscenity. We can’t look away. We feed on it and perpetuate it in the worst possible ways. Jupe’s entire character is a metaphor for this sort of toxic behavior.