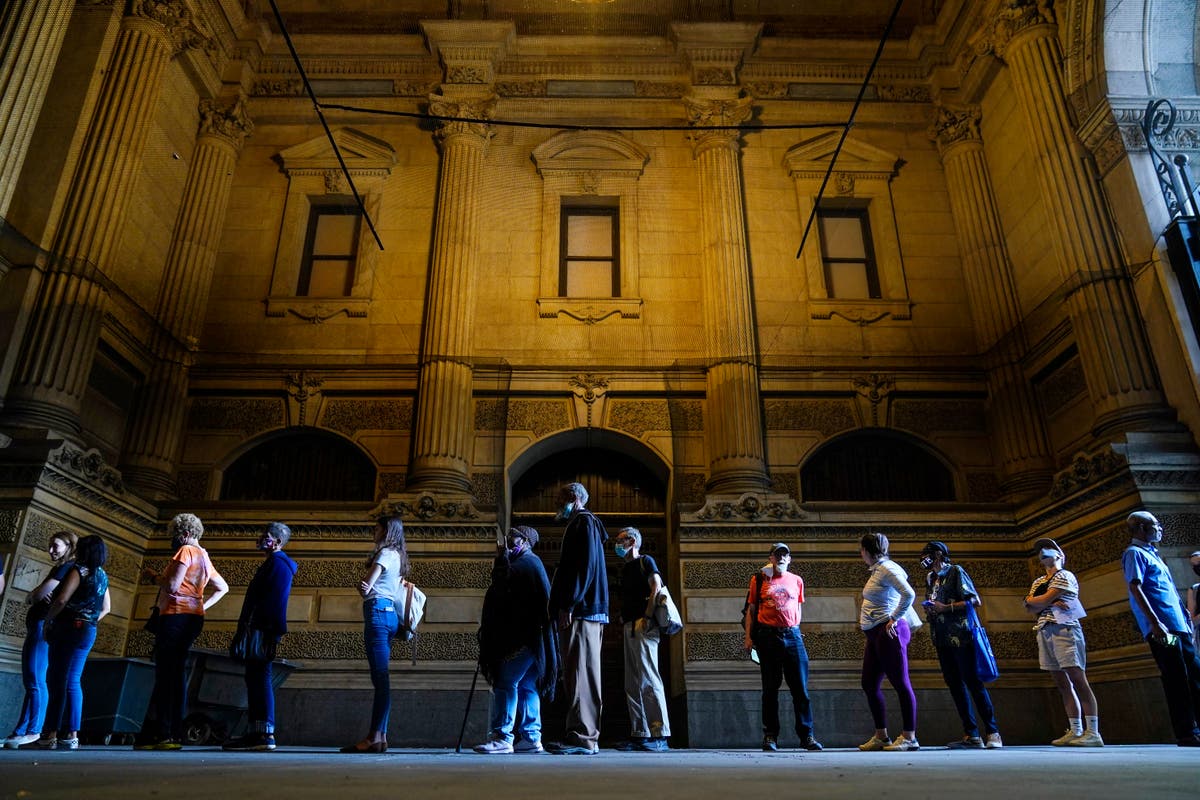 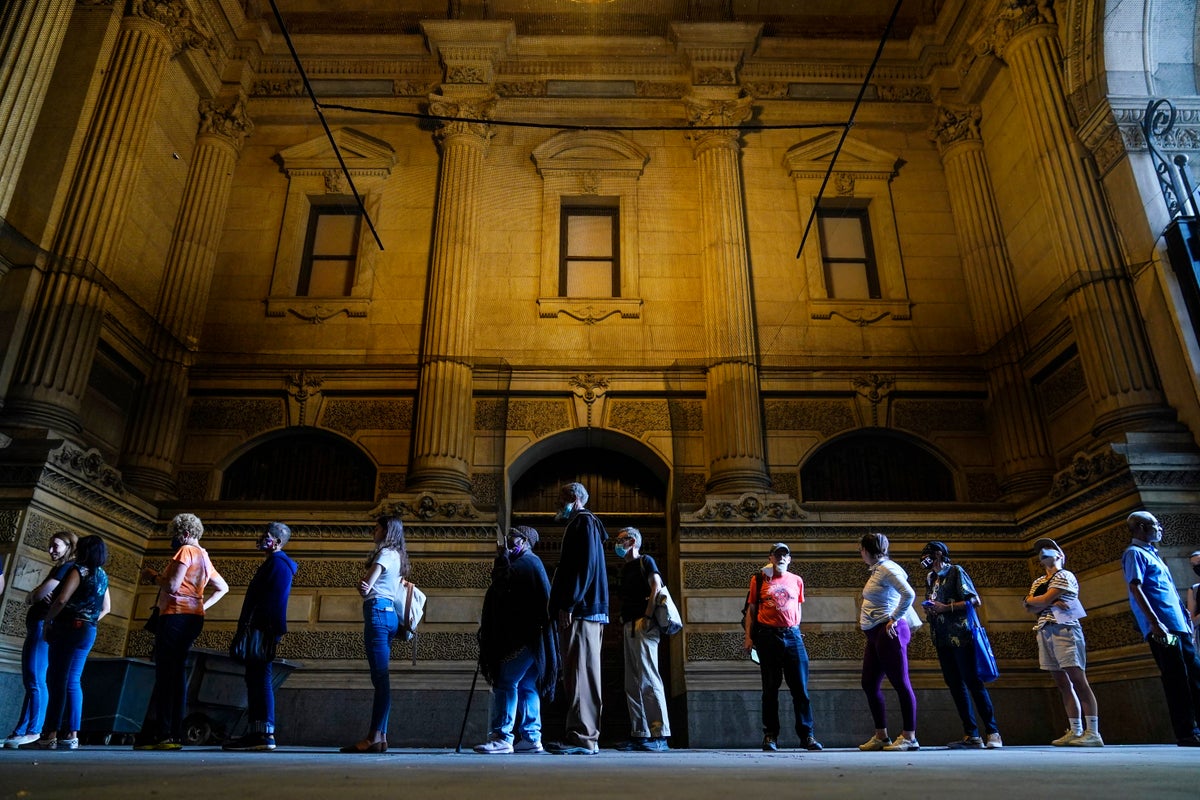 When members of the small Pennsylvania chapter of Secular Democrats of America log on for their monthly meetings, they’re not there for a virtual happy hour.

“We don’t sit around at our meetings patting ourselves on the back for not believing in God together,” said David Brown, a founder from the Philadelphia suburb of Ardmore.

The group, mostly consisting of atheists and agnostics, mobilizes to knock on doors and make phone calls on behalf of Democratic candidates “who are pro-science, pro-democracy, whether or not they are actually self-identified secular people,” he said . “We are trying to keep church and state separate. That encompasses LGBTQIA+, COVID science, bodily autonomy and reproductive rights.”

Brown describes his group as “small but mighty,” yet they’re riding a big wave.

Voters with no religious affiliation supported Democratic candidates and abortion rights by staggering percentages in the 2022 midterm elections.

And they’re voting in large numbers. In 2022, some 22% of voters claimed no religious affiliation, according to AP VoteCast, an expansive survey of more than 94,000 voters nationwide. They contributed to voting coalitions that gave Democrats victories in battleground states such as Pennsylvania, Wisconsin and Arizona.

The unaffiliated — often nicknamed the “nones” — voted for Democratic House candidates nationwide over Republicans by more than a 2-1 margin (65% to 31%), according to VoteCast. That echoes the 2020 president election, when Democrat Joe Biden took 72% of voters with no religious affiliation, while Republican Donald Trump took 25%, according to VoteCast.

For all the talk of the overwhelmingly Republican voting by white evangelical Christians in recent elections, the unaffiliated are making their presence felt.

Among all US adults, 29% are nones — those who identify as atheist, agnostic or “nothing in particular” — according to a 2021 report by the Pew Research Center. That’s up 10 percentage points from a decade earlier, according to Pew. And the younger the adults, the more likely they are to be unaffiliated, according to a 2019 Pew analysis, further signaling the growing clout of the nones.

“People talk about how engaged white evangelicals are, but you don’t know the half of it,” said Ryan Burge, a professor of political science at Eastern Illinois University who focuses on the interaction of religious and political behavior.

Atheists and agnostics form only a subset of nones and are less numerous than evangelicals. But they are more likely than evangelicals to make a campaign donation, attend a political meeting or join a protest, Burge said, citing the Harvard-affiliated Cooperative Election Study.

“When you consider how involved they are in political activity, you realize how important they are at the ballot box,” he said.

The nones equaled Catholics at 22% of the electorate, though they were barely half the figure for Protestants and other Christians (43%), according to VoteCast. Other religious groups totaled 13%, including 3% Jewish and 1% Muslim.

Separately, 30% of voters identified as born again or evangelical Christians.

In several bellwether races this year, the secular vote made its impact felt, according to AP VoteCast.

__About four in five people with no religious affiliation voted against abortion restrictions in referendums in Michigan and Kentucky.

__Between two-thirds and three-quarters of nones supported Democratic candidates in statewide races in Arizona and Wisconsin.

__About four in five people with no religion voted for Josh Shapiro and John Fetterman, the Democrats elected Pennsylvania’s newest governor and senator, respectively.

While Shapiro openly speaks about his Jewish values ​​motivating his public service, Fetterman has not incorporated any discernible religious tradition in his public statements. He often frames issues in ethical terms— such as promoting criminal justice reform and raising the minimum wage, even calling abortion rights “sacred”—without reference to a religious tradition.

Fetterman’s campaign did not return a request for comment.

The secular population is a diverse group, Pew reported in 2021. Two-thirds identify as “nothing in particular” — a group that is alienated from politics as well as religion, Burge said.

But atheists and agnostics, though only a third of the nones, punch above their weight, given their heavy involvement in politics.

The twin trends of a growing secular cohort among Democrats and the increased religiosity of Republicans are not coincidental.

Several prominent Republican candidates and their supporters have promoted Christian nationalism, which fuses an American and Christian sense of identity, mission and symbols.

That prompts a reaction by many secular voters, Burge said: “At least among white people, it’s become clear the Democratic Party has become the party for the non-religious people.”

Yet it’s not their party alone. The Democratic coalition draws heavily from religious groups — Black Protestants, liberal Jews, Catholics of color. The Black church tradition, in particular, has a highly devout base in support of moderate and progressive policies.

“I think the Democrats have the biggest problem in the world because they have to keep atheists and Black Protestants happy at the same time,” Burge said.

Tensions surfaced in 2019 when the Democratic National Committee passed a resolution praising the religiously unaffiliated in language that some saw as overstating their clout and denigrating religious values.

But growing secular constituency doesn’t worry Bishop William Barber, a leader in one of the nation’s most prominent faith-based progressive movements.

“Jesus didn’t worry about it, so why would I?” said Barber, president of Repairers of the Breach, which calls for moral advocacy by faith and other leaders on behalf of the poor, immigrants and other marginalized communities. “Jesus said the one who is not against me is for me.”

“We have a lot of people who claim they’re agnostic or atheist, and they will come to our rallies,” said Barber, who is also co-chair of the Poor People’s Campaign. “They will say, ‘I don’t necessarily believe in God, but I believe in right. I believe in love. I do believe in justice.’”

Brown, of the Secular Democrats group in Pennsylvania, said he had no problem supporting Democratic candidates like Shapiro, who talked openly about his Jewish values ​​on the campaign trail. His opponent, Republican Doug Mastriano, incorporated Christian nationalist themes and imagery in his campaign.

“While on the one hand I am frustrated that politicians feel the need to justify their doing the right thing by religious affiliation, I also appreciate that this was a calculated decision to appeal to religious voters,” Brown said. “I have no problem with it because I feel it was in the service of defeating a Christian nationalist candidate on the other side.”

In fact, Brown even traveled to Georgia in late November to campaign door-to-door for an ordained minister — Georgia Sen. Raphael Warnock, the Democrat in a runoff election. And for the same reason — despite religious differences, he sees Warnock as sharing many of the values ​​of secular voters.

Associated Press religion coverage receives support through the AP’s collaboration with The Conversation US, with funding from Lilly Endowment Inc. The AP is solely responsible for this content.