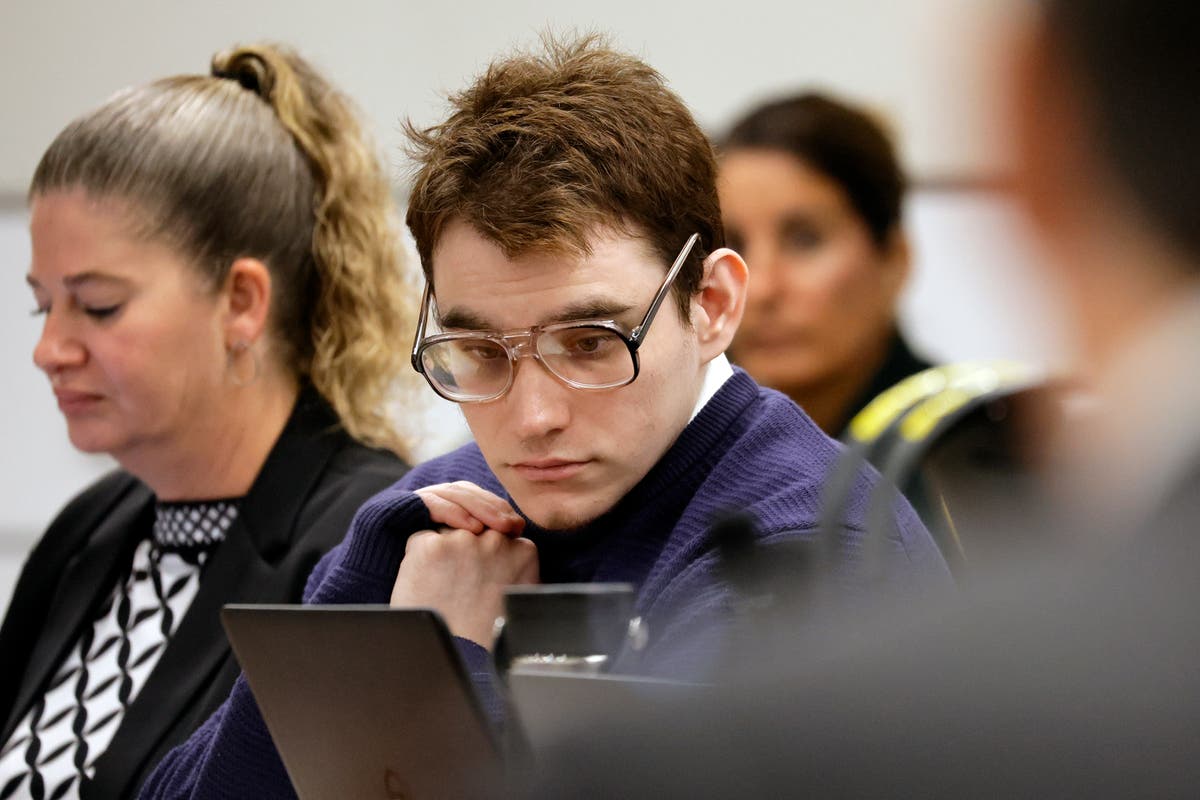 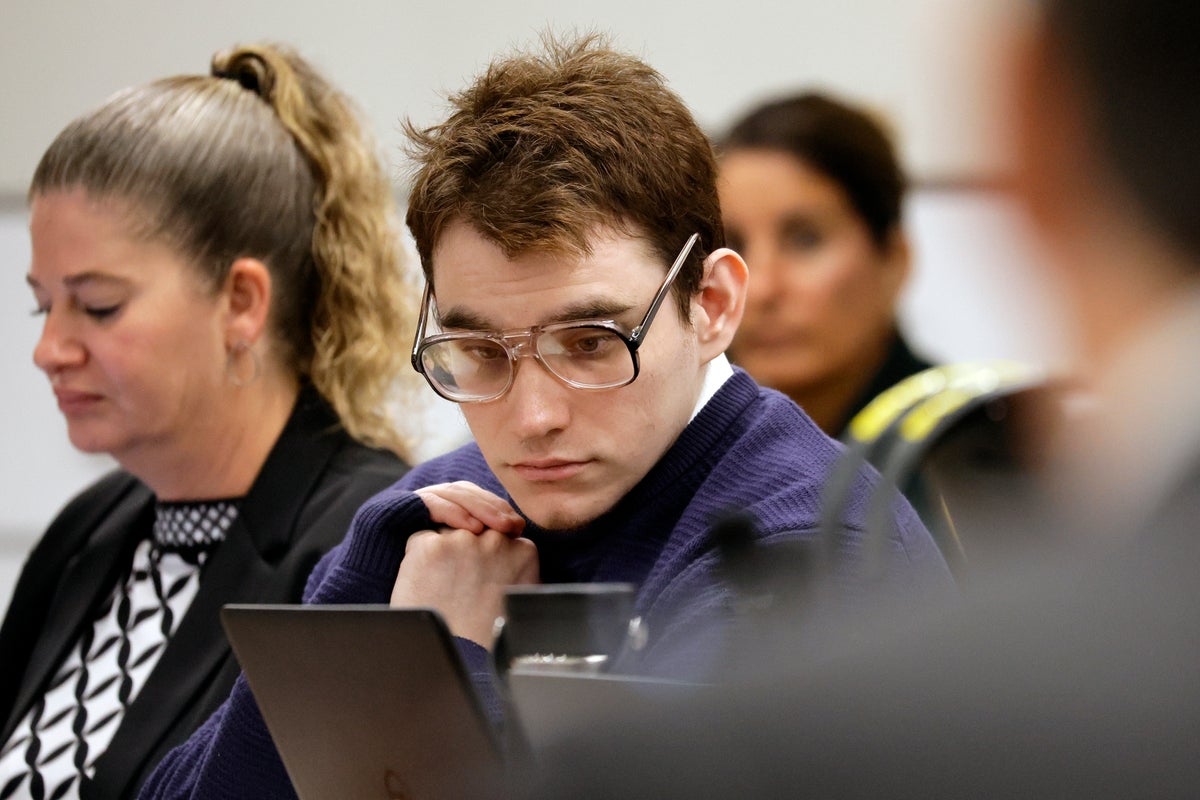 The defense case in the penalty phase trial for Nikolas Cruz, convicted of the 2018 massacre at Marjory Stoneman Douglas High School in Parkland, Florida, is underway in Fort Lauderdale.

Jurors have heard from Cruz’s sister Danielle Woodard who was allowed to leave jail to testify in her brother’s defence. Woodard said her brother was “polluted” in the womb by their biological mother who was an alcoholic and drug addict. The jury also heard from teachers, neighbours, and a clinical psychologist and two psychiatrists who treated Cruz as a child.

Cruz’s defense is that fetal alcohol spectrum disorders and a troubled upbringing led him to commit the school massacres on Valentine’s Day 2018.

Meanwhile, images have emerged of blood scrawled on the walls of his prison cell, as well as page after page of disturbing drawings made during his time in court. A letter from one school to his psychiatrist warning of his dreams of killing was also shown to the court.

In October 2021, Cruz pleaded guilty to 17 counts of first-degree murder and 17 counts of attempted murder. Jurors will now decide if he is sentenced to death or to life in prison without the possibility of parole.

Nikolas Cruz wrote ‘666’ in his own blood on prison cell, photos walls show

Nikolas Cruz wrote “666” in his own blood on the walls of his prison cell just two months before the start of his sentencing trial, a disturbing photo has revealed.

The chilling image Bro6 depicts Satanic images including “66” and the inverted pentagram all scrawled in the murderer’s own blood on a cell wall insideward County Jail.

Chilling jailhouse drawings and notes have revealed Nikolas Cruz saying he wants to “go to death row” and then be “buried with a woman who had as***ty life like me”.

Broward Sheriff’s Office (BSO) released a trove of disturbing sketches and ramblings which were scrawled by the mass murderer while he is being held behind bars in Broward County Jail.

Among the 30 pages of disturbing notes and sketches are images of the devil, words appear to be written in blood and pictures appearing to depict the Valentine’s Day 2018 shooting. WARNING: Disturbing content

The trial has revealed how Cruz’s childhood experiences led him to become isolated and insecure.

Arguments by defense attorneys began on Tuesday by testimony that cocaine and alcohol by Cruz’s birth mother when she was pregnant had left him building severely abused brain.

They argued this had put him on a road that led to him murdering 14 students and three staff members at Parkland’s Marjory Stoneman Douglas High School on 14 February 2018.

Lawyers also delved into the shooter’s childhood after photos of his younger self posing with the family and going to pre-school were shown.

What are fetal alcohol spectrum disorders and does the Parkland shooter have one?

At the center of the defense’s case asking jurors to spare Cruz’s life is their argument that birth defects, antisocial behavior disorders and a troubled upbringing all contributed to him carrying out what remains one of the worst mass shootings in US history.

On Monday, the defense argued that he suffers from fetal alcohol spectrum disorders (FASD) caused by his biological mother abusing alcohol and drugs while pregnant.

Florida school shooter Nikolas Cruz as a toddler was intellectually and physically behind other children, which caused him to isolate himself and hit and bite to get what he wanted, a daycare administrator and former neighbor testified Tuesday at his penalty trial for mass murder.

A preschool administrator and a neighbor both say that as a toddler, Florida school shooter Nikolas Cruz was intellectually and physically behind other children

Who is the Parkland shooter’s brother, Zachary Cruz?

The brother of Parkland mass shooter Nikolas Cruz is believed to be starring in a reality show about his life and was previously charged with trespassing at the school where his brother murdered 17 innocent people.

Zachary Cruz, 22, is expected to testify for the defense in Cruz’s sentencing trial, where a jury will decide whether to give him to life in prison without the possibility of parole or the death penalty.

Zacharay, who is 14 months younger than his 23-year-old murderer brother, has stood by Cruz ever since he carried out one of the deadliest school shootings in US history.

Who is Zachary Cruz? Parkland shooter’s brother to testify at trial

Who was the Parkland shooter’s biological mother Brenda Woodard?

At the center of the defense case is the argument that Cruz is mentally ill and that his troubled origins are to blame for his actions – which saw him lay siege to his former school with a legally-purchased AR-15 style semi-automatic rifle in one of the deadliest mass shootings in American history.

During opening statements and testimony from the first defense of witnesses called to the stand, much the blame for his troubled start in life was placed squarely on the shoulders of his biological mother Brenda Woodard.

Lead public defender Melisa McNeill told jurors that while “there is no defense for this crime” and Cruz is the “one person responsible for all the pain and suffering”, the “choices” Woodard made when she “poisoned him in the womb” led to the “choices” her son made back on 14 February 2018.

Who was the Parkland shooter’s mother Brenda Woodard?

Nikolas Cruz’s defense team said that his brain is “irretrievably broken” because of his biological mother’s drinking and drug-taking while pregnant, as they urged jurors not to sentence the Parkland mass shooter to death.

Cruz had dreams of killing people and being covered in blood, trial hears

Nikolas Cruz had dreams of killing people and being covered in blood four years before he carried out the mass shooting at Marjory Stoneman Douglas High School, according to chilling evidence presented in court.

Nikolas Cruz had dreams about killing people and being covered in blood, trial hears

A timeline of the Stoneman Douglas High School shooting

Nikolas Cruz, the man convicted of shooting dead 17 people and injuring 17 others at Marjory Stoneman Douglas High School in Parkland, Florida, on 14 February 2018, is now facing a sentencing trial for his crimes.

Here’s what happened on that tragic day.

A timeline of the Stoneman Douglas High School shooting

Former student finally facing judgment for attack that killed 17 people and wounded 17 others in Parkland, Florida, on 14 February 2018