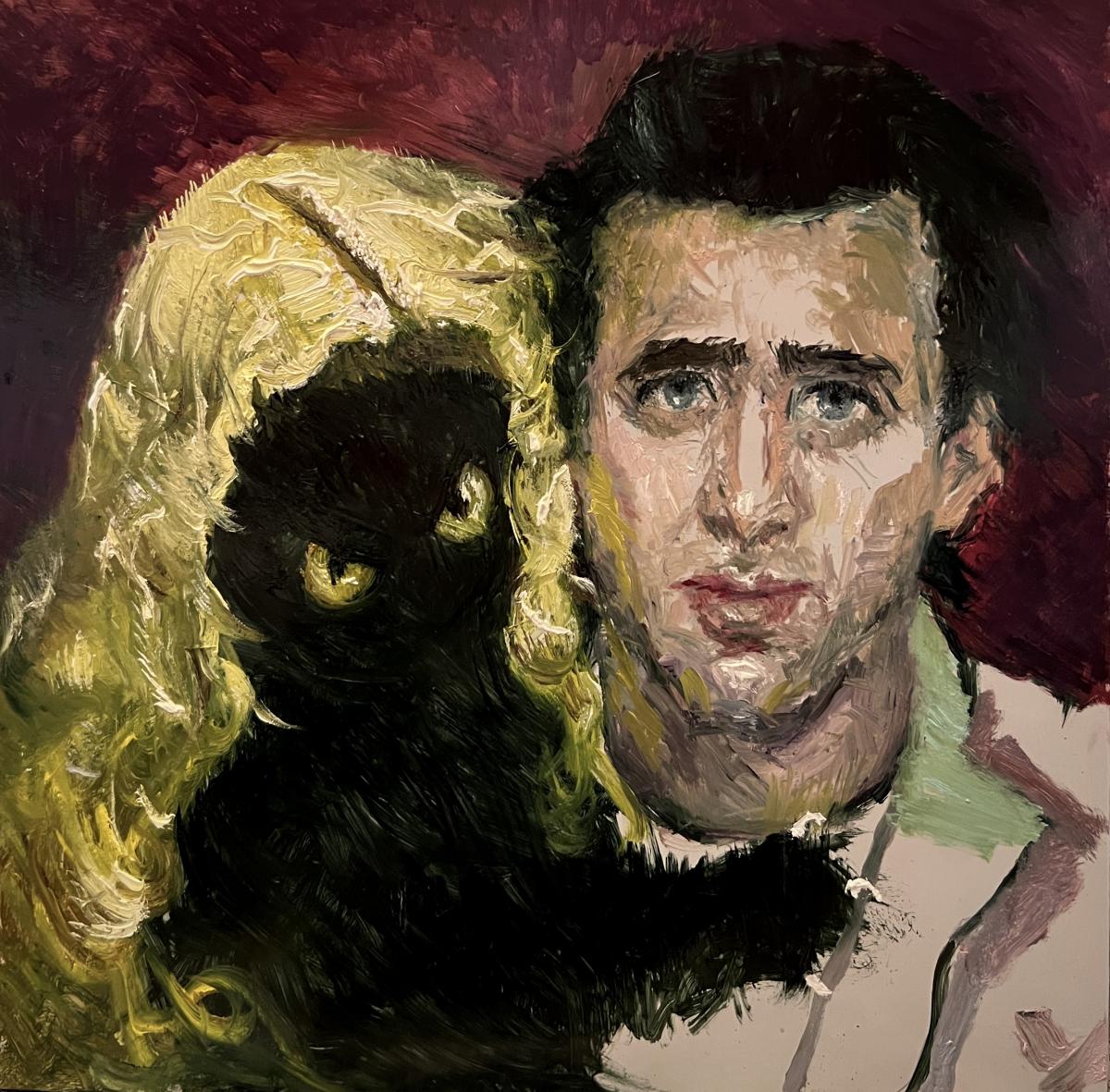 Susan Michals is a serious cat lady. She even started CatCon, an annual two-day event that bills itself as the biggest cat-centric, pop culture event in the world.

And this year it’s all about beloved, ahem, national treasure Nicolas Cage.

It came about because Michals noticed Cage’s references to his cats in interviews, particularly a sweet one he did while promoting April’s The Unbearable Weight of Massive Talentin which he declared his adopted cat Merlin his best friend.

“Well, my best friend is a cat. And his name is Merlin,” Cage said while promoting the movie. “He’s an unusual cat. He’s very affectionate. He loves contact. Sometimes he’ll jump into bed and he’ll hug me, you know? I’ll actually think it’s my wife. Nope, it’s Merlin. And it’s just an amazing , kind of loving, affectionate energy that’s coming off of that cat. He’s a real, a real sweetheart. So that’s my best friend.”

Michals, who’s “loved Nicolas Cage forever,” partly because of his eccentricities, had an idea.

“I thought, ‘I want to honor Nicolas Cage, honor his love of cats, honor the fact that… he does things the way he wants to, much like cats,'” Michals explains.

Since Michals also curates the semi-regular Cat Art Show — which is just what it sounds like — last held in October, she knew just whom to call. She reached out to some of the dozens of artists there; people she knew would create something truly bonkers.

The result is Uncaged: The Unbearable Weight of Genius Cat Art, an art show debuting at this year’s CatCon on Oct. 1-2 at the Pasadena Convention Center in Pasadena, Calif. The seven pieces will be available for sale, priced at $300 to $5,000. Some of them have already sold.

One dollar from each admission ticket will go to three cat charities. In fact, Michals, who started the cat events to go beyond the crazy cat lady stereotype, says the organization has donated $330,000 to the charities. Seven hundred kittens have been adopted there.

She hasn’t reached out to Cage yet, but she has hope that he will attend. She knows that he might not, though, since he and his artist wife welcomed a baby just two weeks ago.

“I’ve got my fingers crossed.”