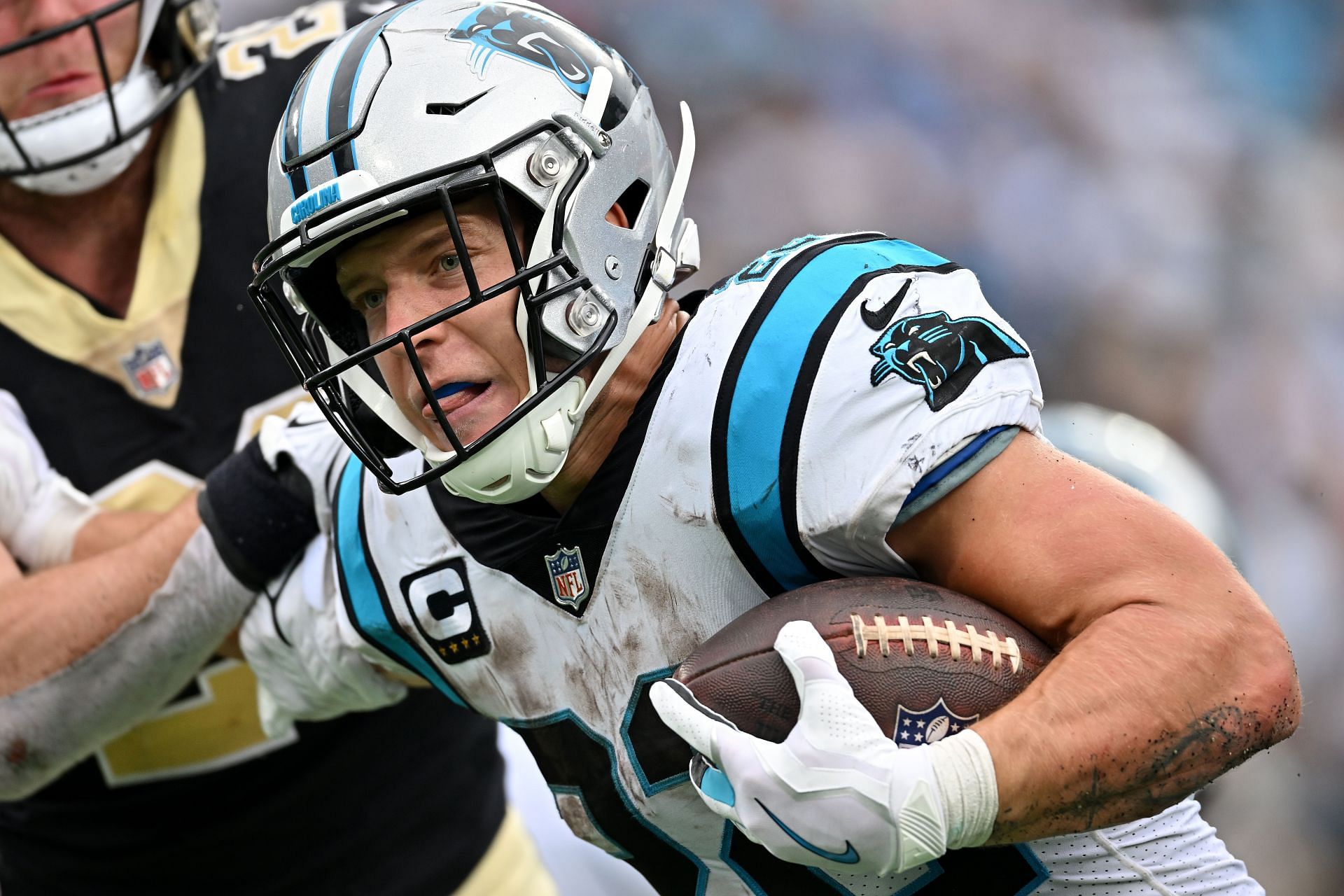 Carolina Panthers running back Christian McCaffrey is injured yet again. Per ESPN’s Adam Schefter, McCaffrey missed practice with a thigh injury. The 26-year-old is the Panthers’ best player by a mile, but has struggled with injuries over the last couple of seasons.

Panthers’ RB Christian McCaffrey did not practice today due to a thigh injury.

Panthers’ RB Christian McCaffrey did not practice today due to a thigh injury.

He has games hit for over 100 yards in two of his three so far this year, but a thigh injury reportedly has him sidelined. At the time of writing, it is not known exactly what the extent of the injury is.

As news from Schefter filtered through, NFL fans were quick to react to the news. It’s a sad state of affairs to be one of the best players in the NFL when healthy, and simply can’t stay on the field for long enough. One fan said that McCaffrey and injuries are an iconic duo.

“CMC and getting injured, name a more iconic duo.”

Other NFL fans chimed in with their thoughts that the star running back is sidelined yet again.

The 26-year-old when fit, is regarded by many as the best dual back in the NFL.

Unfortunately, when a player is used as much as McCaffrey is, injuries are bound to happen. The kind of workload that has been on his young shoulders since being drafted in 2017 has been enormous.

Over a span of two years, the running back was essentially the whole team on offense. He had 219 rushing attempts in 2018 along with 107 receptions and those numbers only increased in 2019.

The 26-year-old had a whopping 287 rush attempts for 1,387 yards and 15 touchdowns. He also had 116 receptions for 1,005 and four touchdowns. Think about the toll that all those hits take on an athlete’s body. Now, you suddenly get an idea of ​​why he has struggled to stay fit over the last few years.

Matt Rhule said it’s a quad injury for Christian McCaffrey. He didn’t know about it until after Saints’ game. He wouldn’t speculate on his status for this week.

Matt Rhule said it’s a quad injury for Christian McCaffrey. He didn’t know about it until after Saints’ game. He wouldn’t speculate on his status for this week.

The running back has suffered numerous ankle sprains, thigh strains and an A/C joint strain to his shoulder. Now with his latest thigh injury, it is hoped that it is only a precaution that he misses practice and hopefully is back on the field sooner rather than later.