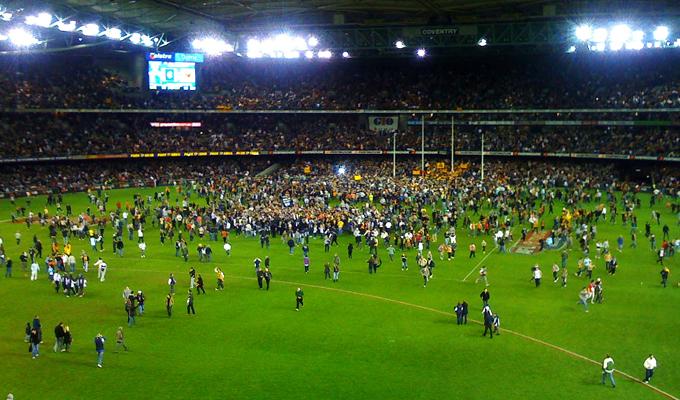 Nathan Buckley, Kane Cornes and Brad Scott have been appointed by the AFL to the All Australian Selection Panel for the 2022 footy season.

Buckley and Cornes replace the retiring Matthew Richardson and Warren Tredrea, who had both served eight years as selectors after joining the panel in 2014, while Scott will also join the panel as part of his role as AFL General Manager, Football.

AFL Executive General Manager Football Operations Andrew Dillon said he was delighted Buckley and Cornes had accepted invitations for the role as selectors, with the pair and Scott all having earned AFL Life Membership for their on-field contributions at the elite level.

Buckley, who played 280 games for the Brisbane Lions and Collingwood, was a seven-time All Australian, as well as claiming the 2003 Brownlow Medal and winning a club record six Copeland Trophies with the Magpies.

Cornes, who played 300 games for Port Adelaide, was a dual All Australian, as well as playing in Port Adelaide’s maiden premiership side in 2004 and winning four John Cahill medals as club best and fairest.

Scott was a dual premiership player with the Brisbane Lions and then coached North Melbourne for 10 seasons between 2010-19.

“Nathan and Kane had outstanding careers as elite players and the AFL is delighted they will add their experience at the highest level to our debates to recognize the best players in our competition, along with Brad Scott, who has a key role in the management of the AFL competition,” Mr Dillon said.

“The AFL is also thankful to Matthew Richardson and Warren Tredrea for their dedication and time as selectors over the past eight seasons, as nomination as an All Australian is a considerable honor for any player.”