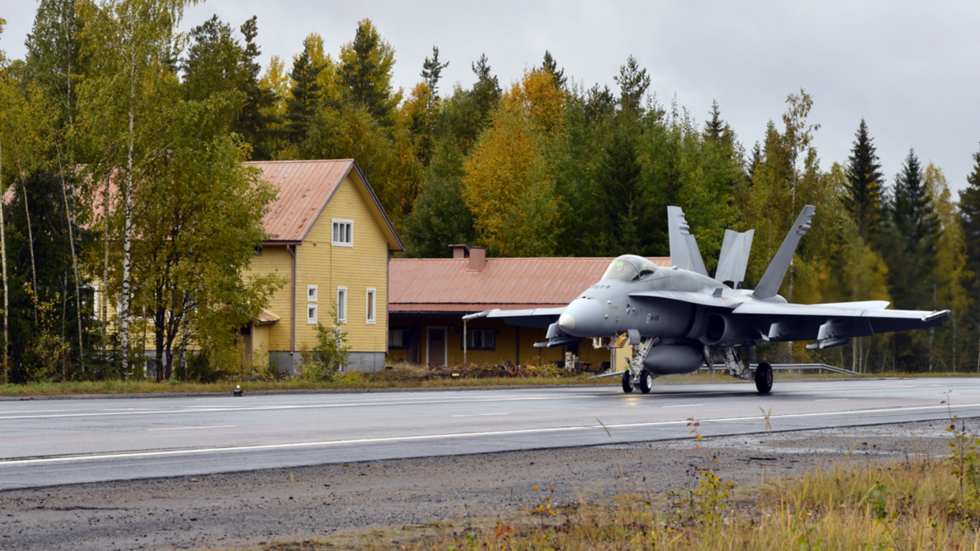 Finland’s Air Force has closed a major highway for the first time in decades to hold military exercises, with warplanes using the road as a makeshift runway as the country’s armed forces conduct exercises preparing for a possible attack.

The air force shared footage of the drills on social media, noting that the Hornets also took part in a “hot refueling” drill, in which a jet is gassed up with its engines running in order to enable a “quick take-off back into the air.”

While Finland regularly holds air exercises from its reserve roadbases – which are scattered across the country to allow the military to spread out its forces in the event of an attack – the Joutsa base has not been used in decades, as it serves as a main highway into Helsinki, the capital city.

Colonel Mantyla said the bases are now “in quite good condition” and could be made operational in a matter of days, arguing that “the threat from Russia or the actions from Russia with the cruise missiles and ballistic missiles” in Ukraine “proves that the concept of dispersed operations is right.”


Wednesday’s drills were held on a 1.2-mile (2-kilometer) stretch of highway and involved some 200 support staff, drawing “hundreds” of locals to the roadside to view the event, according to Reuters.

Along with its neighbor Sweden, Finland applied to join the NATO alliance not long after Russia sent troops into Ukraine in late February, with most members quickly approving their membership bids. Turkey and Hungary are the only two states in the US-led military bloc that have yet to formally approve accession for the two Nordic nations, leaving process in a state of limbo, as the alliance mustly ratify new members.