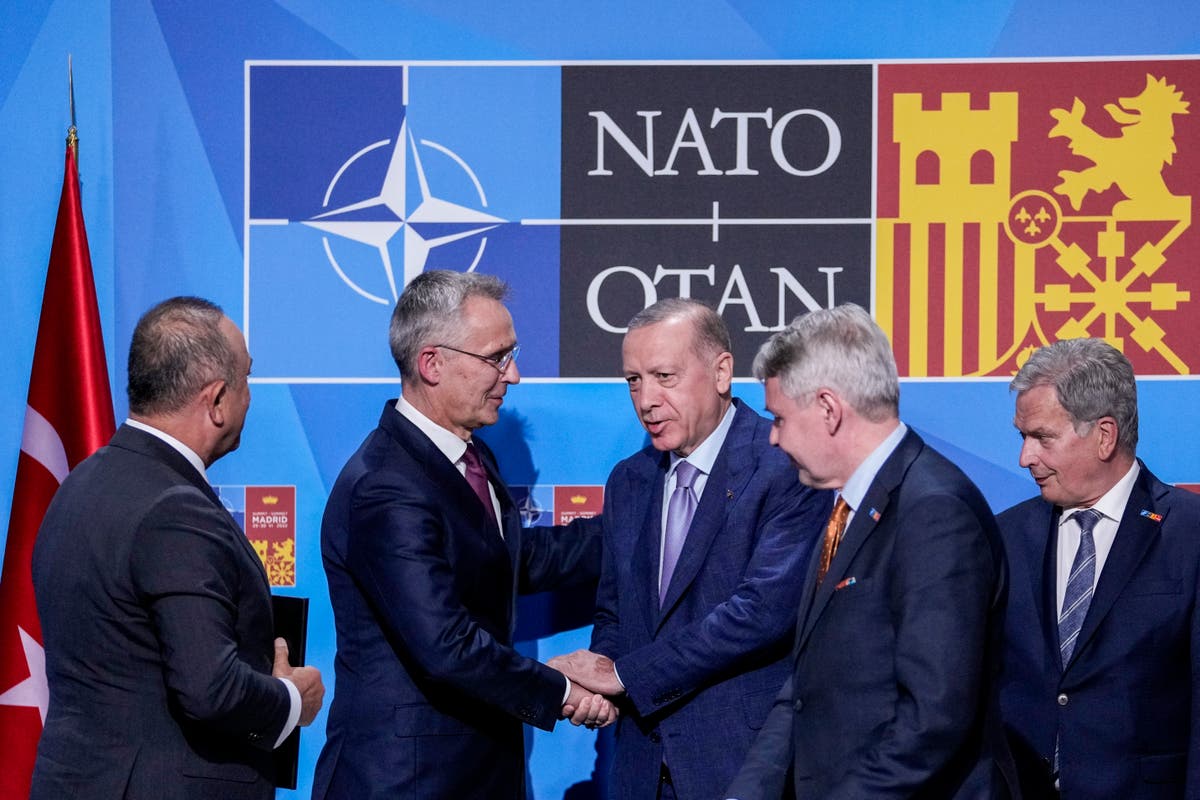 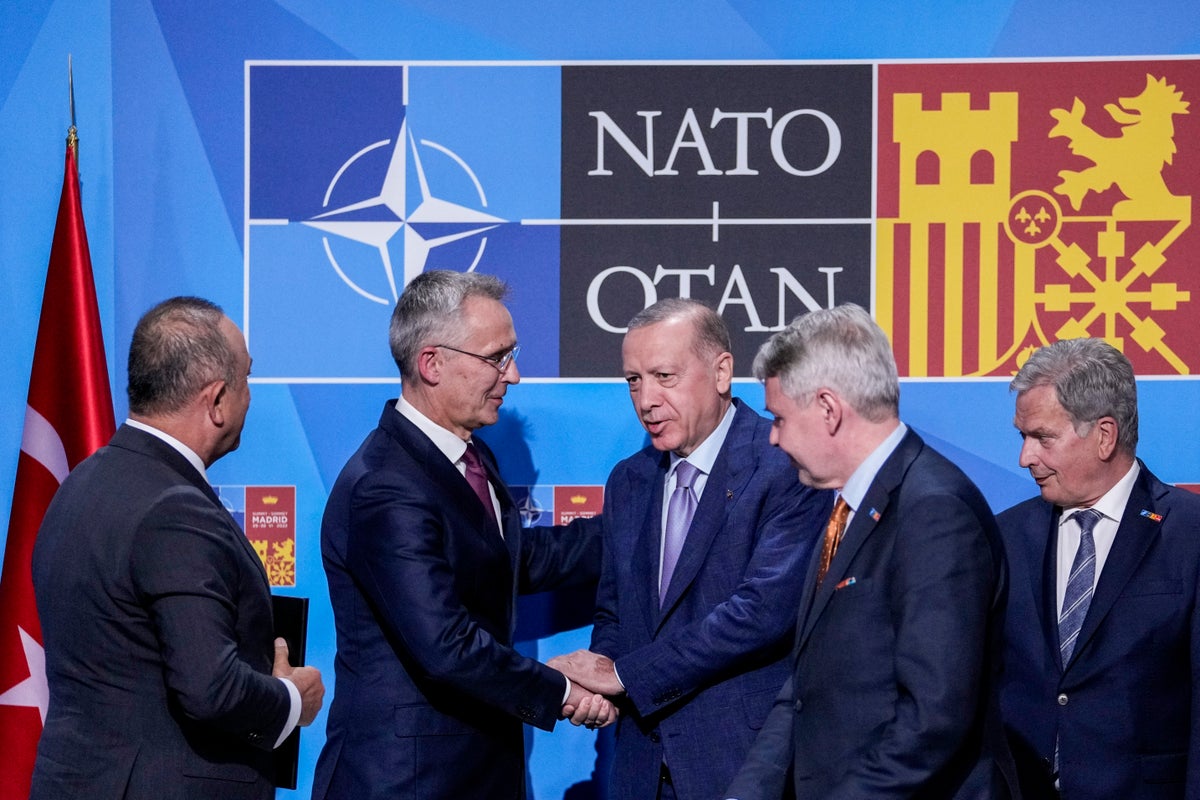 Nato’s Secretary-General Jens Stoltenberg said he expects ratification of Sweden and Finland’s membership of the military alliance to be passed in record time, after the two countries overcame Turkish objections to join.

The last minute agreement was reached between the three countries on Tuesday night, on the eve of the Nato Summit in Madrid.

“We will make a decision at the summit to invite Sweden and Finland to become members, that’s unprecedented, quick,” he told reporters.

Finland and Sweden only applied for membership last month in the wake of Russia’s invasion of Ukraine.

Finland shares the 800-mile long border with Russia. The Kremlin said it would take retaliatory “military-technical” steps after Finland’s leaders came out in favor of applying to join the alliance.

Turkey’s president Tayyip Erdogan had previously threatened to block both countries joining Nato, but in a breakthrough move, has lifted his opposition on Tuesday at the summit.

Turkey hailed Tuesday’s agreement as a triumph, saying the Nordic nations had agreed to crack down on groups that Ankara deems national security threats, including the Kurdistan Workers’ Party, or PKK, and its Syrian extension.

All 30 countries in Nato have to formally approve the membership applications which can usually take up to 18 months. However, Nato officials are keen to fast-track the process.

Swedish Prime Minister Magdalena Andersson said the agreement was “good for Finland and Sweden. And it’s good for Nato”.

The addition of the new Nato members is not good news for Russia, however, as deputy foreign minister Sergei Ryabkov said the expansion of Nato is “destabilizing” and does not add to the security of members of the alliance, as reported by Russian state news agency RIA.

Meanwhile, Ukraine’s foreign minister, Dmytro Kuleba, praised Nato for taking a “clear-eyed stance” on Russia and for inviting Finland and Sweden to join the military alliance, and called for an “equally strong and active position on Ukraine” to protect Euro -Atlantic security.

“Today in Madrid, Natoproved it can take difficult, but essential decisions,” she wrote on Twitter.

“We welcome a clear-eyed stance on Russia, as well as accession for Finland and Sweden. An equally strong and active position on Ukraine will help to protect the Euro-Atlantic security and stability.”

However, President Volodymyr Zelensky regretted that Nato’s open-door policy to Sweden and Finland did not appear to apply Ukraine.

Addressing the Madrid summit via video link, Mr Zelensky said: “The open-door policy of Nato shouldn’t resemble the old turnstiles on Kyiv’s subway, which stay open but close when you approach them until you pay.