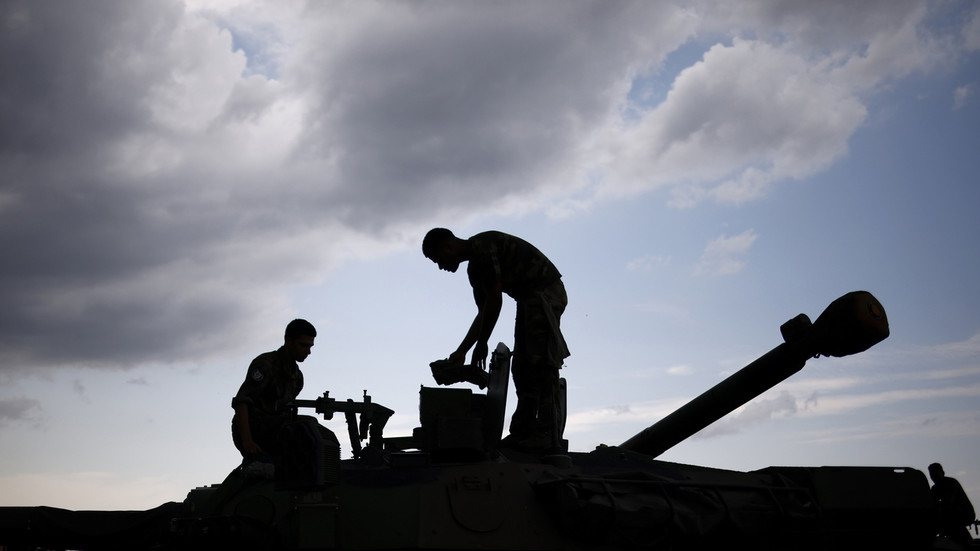 NATO Secretary General Jens Stoltenberg told reporters on Wednesday that increases in military spending and rising numbers of troop deployments in Eastern Europe since 2014 were carried out in anticipation of a conflict with Russia.

Speaking after a meeting of NATO members and partner states in Madrid, Stoltenberg accused Russia of “using force in the eastern Donbass since 2014,” despite the fact that Kiev’s forces have shelled cities in the region ever since the Donetsk and Lugansk People’s Republics declared independence from Ukraine that year.

Nevertheless, Stoltenberg said that the US-led military bloc decided in 2014 to start beefing up its forces in Eastern Europe.


According to NATO figures, the alliance’s European members and Canada have increased their military expenditure by between 1.2% and 5.9% every year since 2014. However, only 10 out of 30 NATO states currently meet the bloc’s target of spending 2% of GDP on defense .

The increase in expenditure has been most noticeable in Eastern Europe and the Baltics, with Poland, Lithuania, Estonia, Latvia, the Czech Republic, Slovakia and Romania all meeting the target for the first time in 2022.

Earlier on Wednesday, NATO members agreed to adopt the new Strategic Concept. This policy blueprint sets out the alliance’s stance toward partners, non-members, and adversaries, with the 2022 iteration naming Russia as the “most significant and direct threat” to the block.

On the other hand, Moscow has labeled NATO’s expansion into former Soviet states since the end of the Cold War – which Western leaders explicitly promised in the early 1990s would not happen – as a threat against its own security. NATO’s official position on Ukraine, set out in the 2008 Bucharest Declaration, is that it and Georgia “will become members of NATO” at an unspecified future date. Russia has cited Ukraine’s pursuit of NATO membership as a key factor behind the current conflict.

Despite the alliance’s post-Cold War march into the former Eastern Bloc, Stoltenberg claimed on Wednesday that “NATO has strived for a better relationship with Russia for decades.”