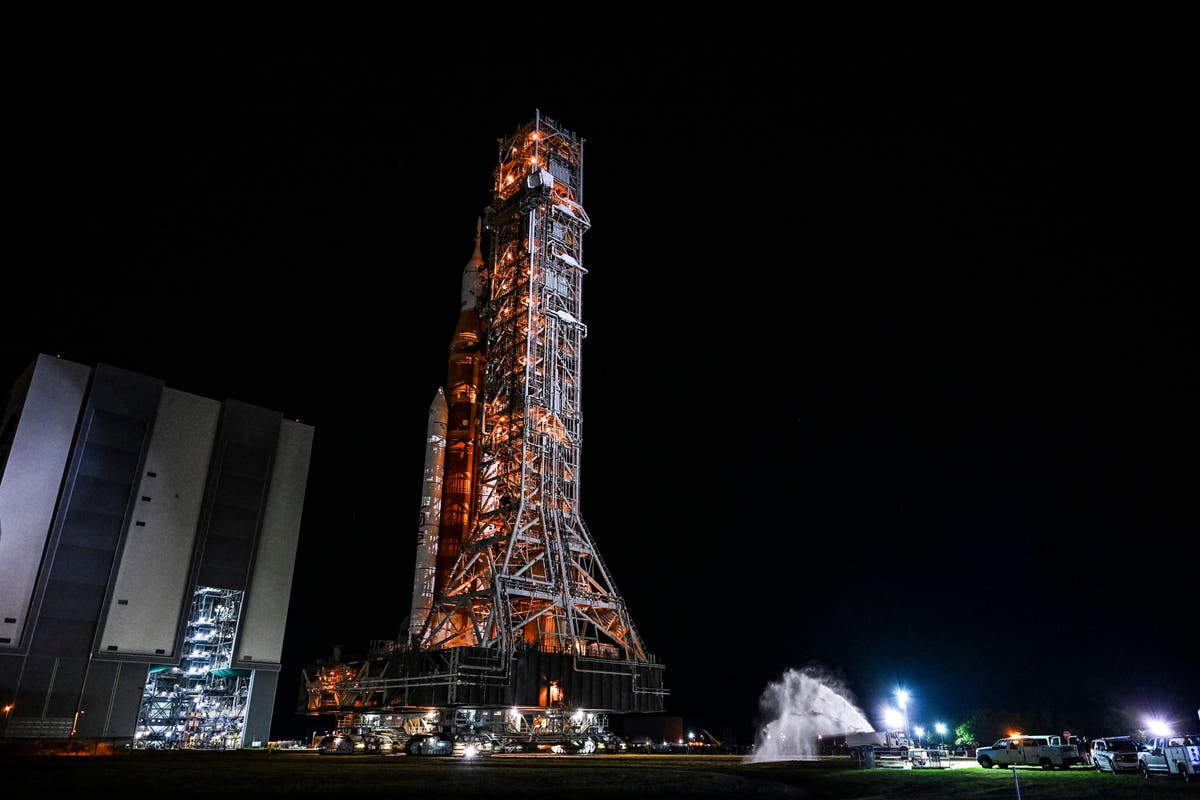 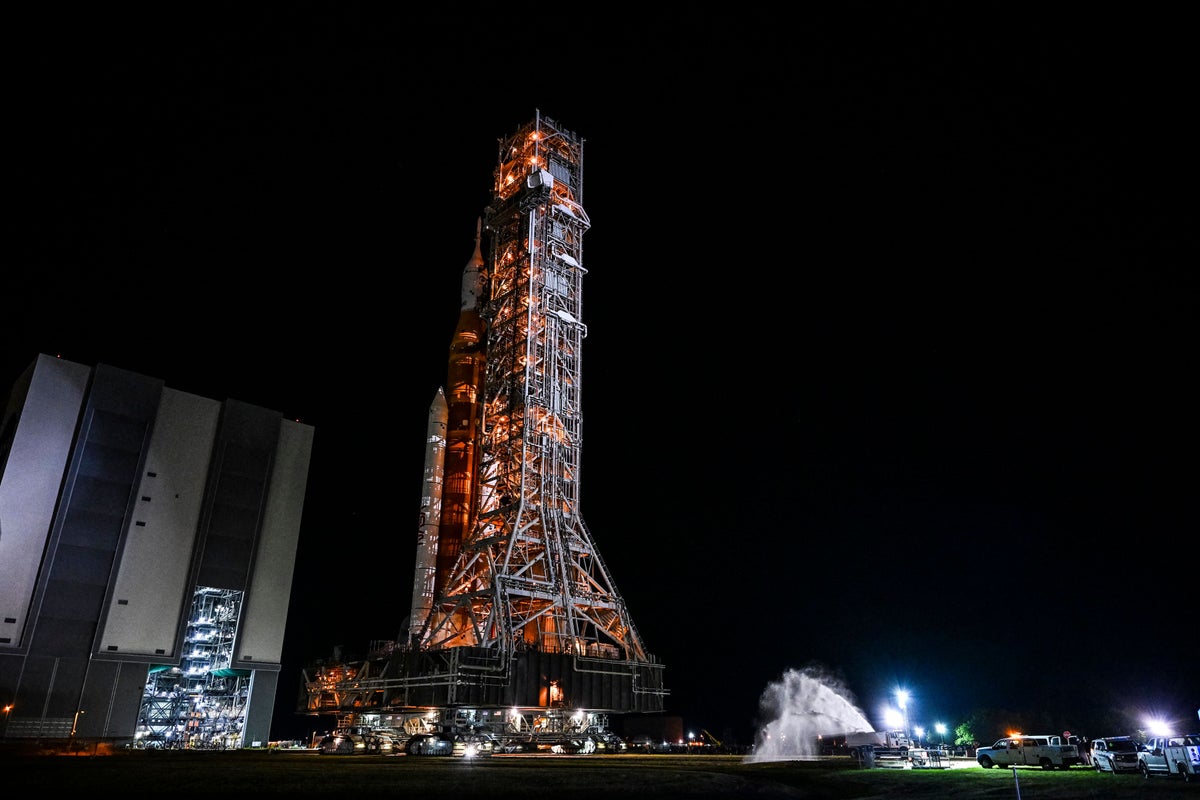 Nasa’s vast Space Launch System – the rocket that could one day take humans back to the Moon – is on its way to launch.

The space agency is rolling out the huge rocket, along with an uncrewed astronaut capsule that will be tested in the launch, in an hours-long process that will see it arrive on its launchpad.

The journey began on Tuesday night – ahead of a scheduled launch later this month.

The 322-foot-tall (98-meter) rocket is scheduled to embark on its first mission to space – without any humans – on 29 August. It will be a crucial, long-delayed demonstration trip to the moon for NASA’s Artemis program, the United States’ multibillion-dollar effort to return humans to the lunar surface as practice for future missions to Mars.

The Space Launch System, whose development during the past decade has been led by Boeing, emerged from its assembly building at NASA’s Kennedy Space Center in Florida about 10 pm EDT (0200 GMT) on Tuesday and began a four-mile (6-kilometer) trek to its launchpad.

Sitting atop the rocket is NASA’s Orion astronaut capsule, built by Lockheed Martin Corp. It is designed to separate from the rocket in space, ferry humans toward the moon and rendezvous with a separate spacecraft that will take astronauts to the lunar surface.

For the 29 August mission, called Artemis 1, the Orion capsule will launch atop the Space Launch System without any humans and orbit the moon before returning to Earth for an ocean splashdown 42 days later.

If bad launch weather or a minor technical issue triggers a delay on 29 August, the National Aeronautics and Space Administration has backup launch dates on 2 September and 5 September.