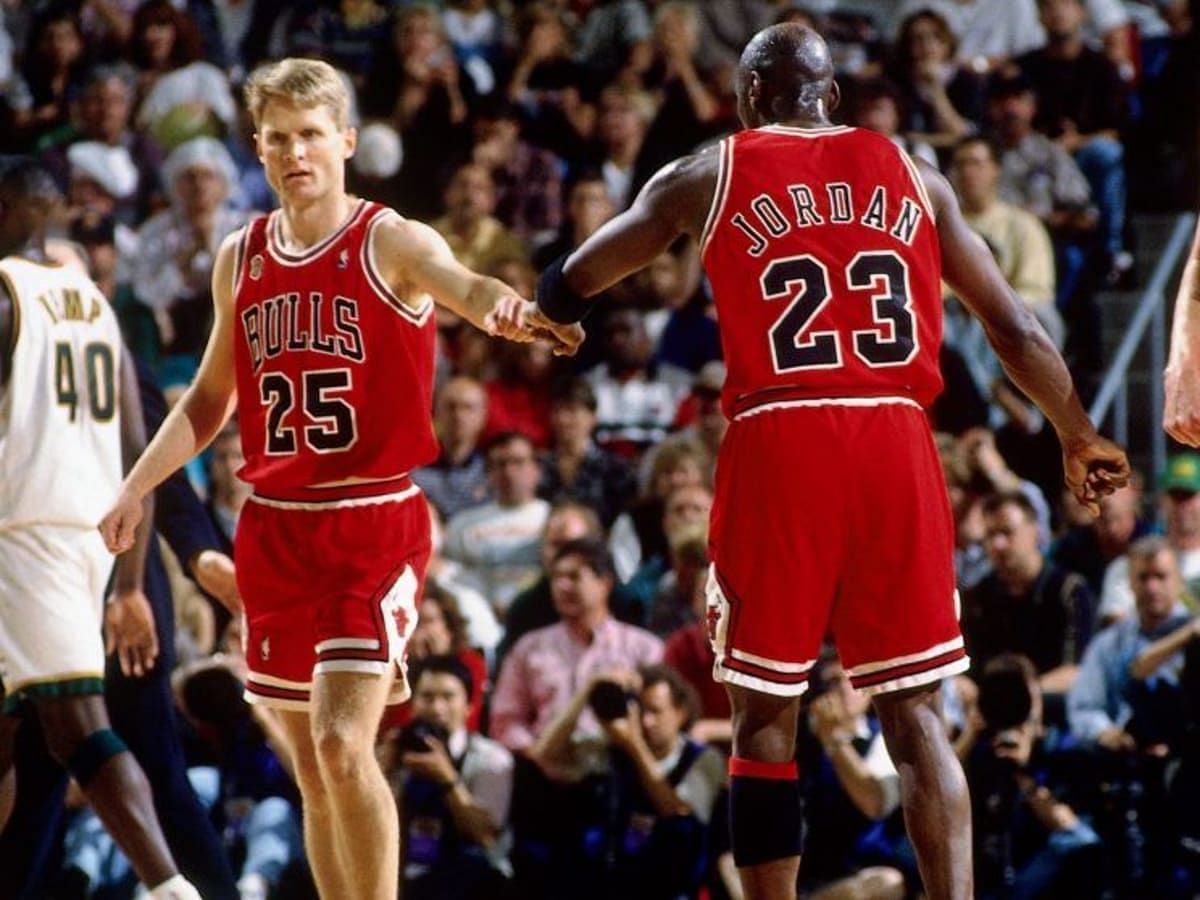 For Steve Kerr, the greatest of all-time discussion is an easy conversation, calling Michael Jordan the undisputed player who should get the honor. The multi-titled coach was an essential part of MJ’s supporting cast in the Chicago Bulls’ second three-peat in the late 1990s.

When asked on the “Point Forward” podcast about which dynasty was better between the Bulls and Golden State Warriors, Kerr prefaced his answer with:

“MJ was the greatest of all time. That’s a no-brainer. That’s an easy one.”

While the former Bulls shooter was coy about the dynasty question, he had absolutely no hesitations on who the GOAT is. Over the last few years, it’s been LeBron James that’s supposedly neck and neck with Jordan for the enviable status.

Kerr has a unique perspective on the debate. He was Jordan’s teammate and then coached against James’ Cleveland Cavaliers in four straight NBA Finals. Kerr’s Golden State team went 3-1 against “King James,” which could be partly why he overwhelmingly calls Jordan the best ever.

Earlier this year, he gave a more detailed answer to the GOAT debate in an interview with Jon Greenberg of The Athletic, saying:

“I mean, he is the greatest player of all time, so there’s a reason that most people agree on that. It goes beyond the shotmaking, it’s the totality of everything. He just had this incredible package of skill and knowledge and experience, and it all added up to this aura he was just better than everyone by far.”

“I think the most underrated aspect of Michael’s game was his emotional dominance in the arena every night. And I still have not seen that from anybody.”

That’s about as definitive an answer as one can get from one of the best coaches the NBA has seen.

Steve Kerr was a member of two historically great dynasties, the Chicago Bulls of the late ’90s and the Golden State Warriors. Over the years, the debate has raged over which team had the greater and bigger resume.

Steve Kerr playing on the 72-10 Bulls and coaching the 73-9 Warriors is just crazy.

Steve Kerr playing on the 72-10 Bulls and coaching the 73-9 Warriors is just crazy.

Here’s what the nine-time champion said:

“I just think it’s two totally different eras, so maybe it’s a cop-out, but it’s hard to compare. Like, when you try to actually say who would have guarded who, the rules are different. We couldn’t play zone back then. We couldn’t overload the strong side. We couldn’t do all the stuff we do now.”

Steph Curry and Draymond Green would obviously take their 73-9 team over Michael Jordan’s 72-10 Bulls. But the decider may be the ultimate destiny of both of those teams.

Jordan’s Bulls capped their best season with another NBA title while the Warriors ended their run in ignominy. Golden State surrendered a 3-1 series edge and lost stunningly to LeBron James’ Cleveland Cavaliers.