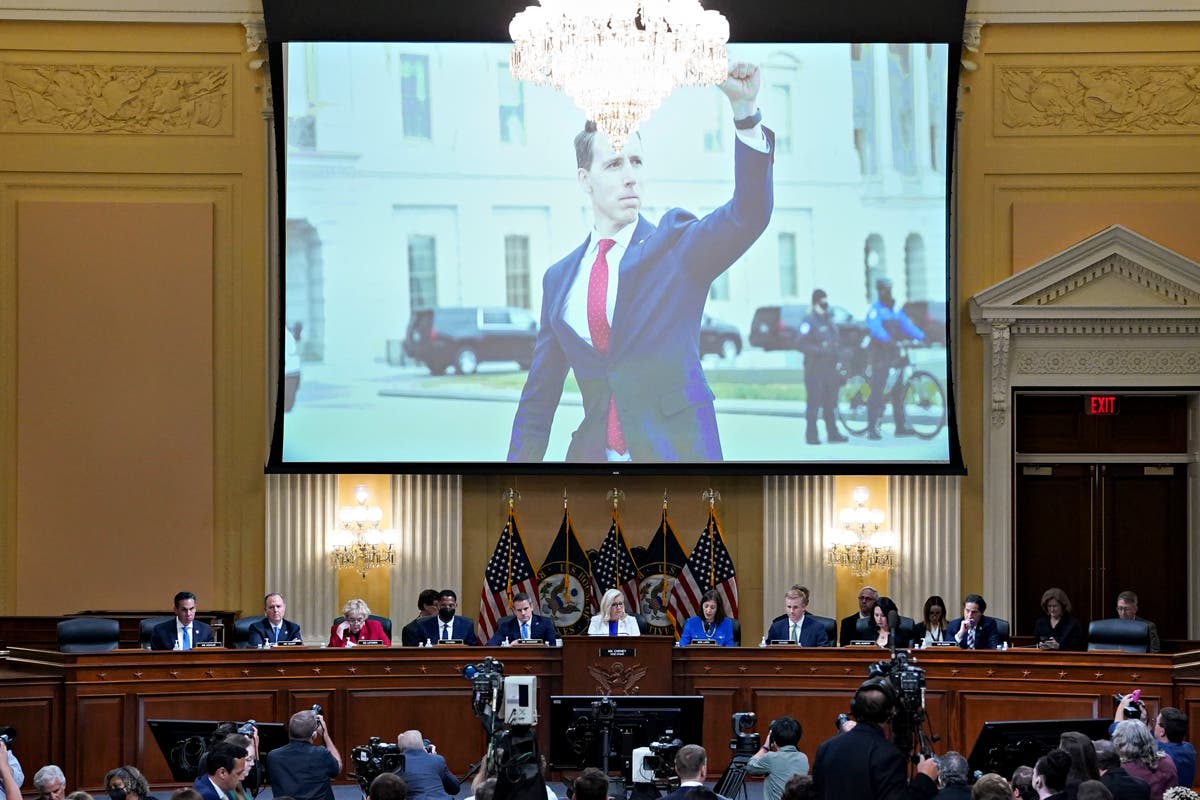 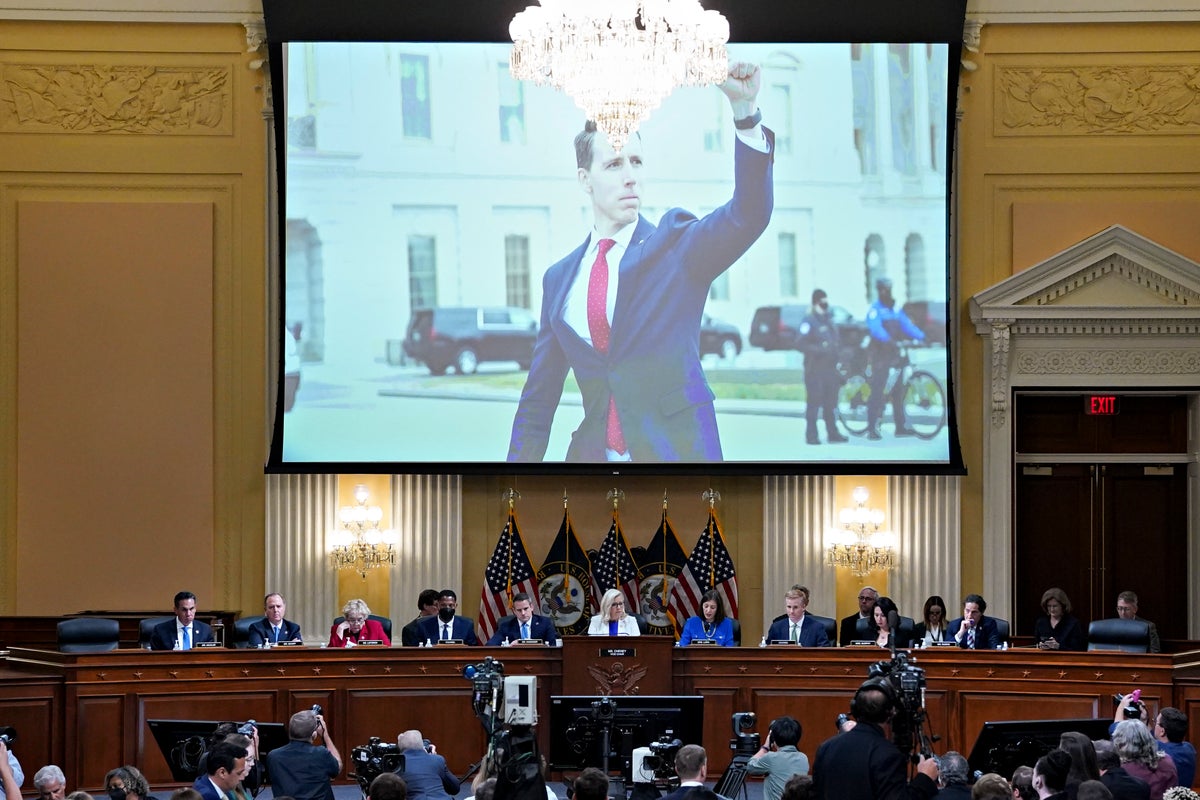 The fresh visuals have paved the way for memes and jokes on the senator, including from Democrats in Missouri, who have announced a 5K virtual race on Saturday.

“We are coming, ya’ll!!! Keep your eyes peeled for registration information soon. #HawlinHawley,” the Missouri Democrats announced on Twitter, shortly after the social media account said they “love the 5K idea guys, workin’ on it.”

“Let’s fundraise with as much vigor as Hawley’s cowardly hustle,” the webpage dedicated to the virtual run mocking the senator said.

“While he might be going places in that video, he isn’t in real life. Hawley’s representation of him is embarrassing for all Missourians, much before his jaunt him across the world. Help us spread the word about all of Hawley’s mistakes.”

The democrats have said that the funds raised through this event will support the Missouri Democratic State Committee’s federal account.

One user shared the CCTV footage of Mr Hawley exiting the premises and said “see Hawley for training tips”, while another said “how about a Hawley Track Club shirt?” and “please say you’ll play the Rocky theme at the start!”

The senator appeared to attempt to capitalize on the attention by tweeting a link to a GOP merchandise store where you can buy a cup with the image of him raising his fist to the crowd.

Democratic congresswoman Elaine Luria has said that the photo of Mr Hawley shows his support to protesters before Congress met to certify the presidential election. “As you can see in this photo, he raised his fist in solidarity with the protesters already smashing at the security gates,” she said.

Illinois Republican Adam Kinzinger, one of the panel members who led the committee’s ninth hearing on Thursday night, gave Mr Hawley a special moniker in light of the footage.

“Worth remembering: Josh Hawley was the first senator to say he would object to the electoral college, causing the cascade of Ted Cruz-es. There would not have been as much oxygen to Trump’s coup plan without Fistpump McRunpants”, Mr Kinzinger tweeted on Friday morning.

Both Mr Hawley and Texas Republican Senator Ted Cruz objected to certifying some electoral college votes on January 6, 2021, the day Congress was interrupted by the rioters as they finalized President Joe Biden’s 2020 election victory.

The home state paper of the Missouri senator panned the Republican as a “fleeing coward” in response to the footage.

“Josh Hawley is a laughingstock,” wrote the editorial board for the Kansas City Starthe newspaper that covers the city where Sen Hawley spent most of his childhood and adolescent years.

Online, the Twitterverse exploded with memes, GIFs and comparisons, as the hashtag #HawlinAss began to trend shortly after the hearing aired the unseen footage.

In one now viral thread, Twitter user Mallory Nees created a compilation of the brief clip scored to various songs and themes, including everything from the decades-old Kate Bush song, “Running Up That Hill”, that’s been given the Stranger Things renaissance treatment, to Bruce Springsteen’s thumping classic “Born to Run”.