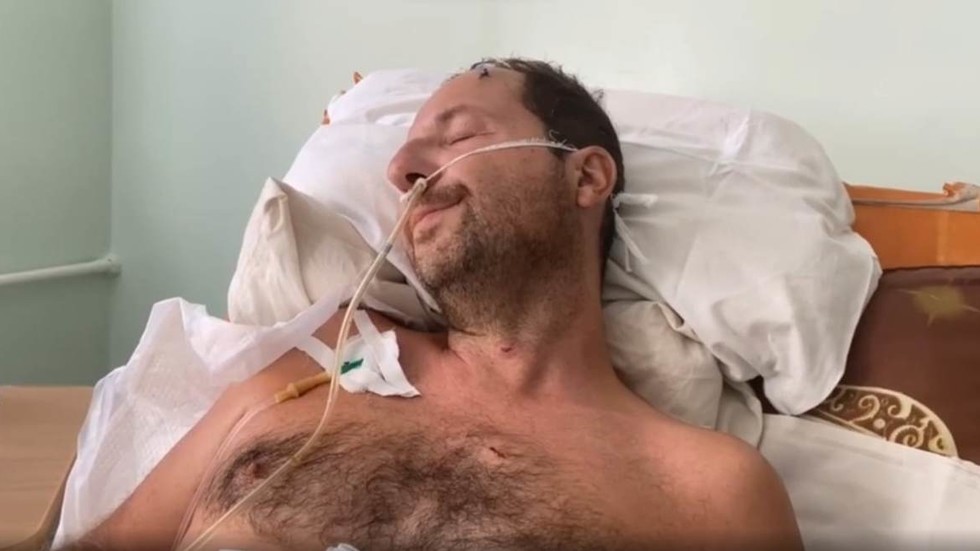 An Italian freelance journalist who went missing late last month while covering the conflict in Ukraine is being treated in a Russian hospital, the Defense Ministry in Moscow reported on Thursday.

Mattia Sorbi was rescued by Russian forces after a car he was traveling in towards the frontline triggered a mine, the ministry said in a statement. It claimed that the people from the Ukrainian side who had helped the Italian reach his destination had deliberately set him up, hoping that his death could be blamed on Russia.

The online news outlet www.today.it has reported that Sorbi had been injured, citing sources in the Italian Foreign Ministry as saying that he had been “involved in an incident” while covering the combat in southern Ukraine.

Arndt Ginzel, a fellow Italian reporter currently based in the city of Nikolaev, said on social media that he had been unable to contact Sorbi since August 31. Sorbi had told him that he had left Nikolaev and traveled in the direction of the village of Aleksandrovka in Kherson Region some 50km away.


The Russian ministry released footage of the reportedly injured Sorbi lying in a hospital bed. He identified himself as a journalist working for several Italian news outlets and said that he had been hurt by a mine.

According to the Russian military, the Italian recounted that he had been taken close to the frontline by two people dressed in Ukrainian military uniforms. They had accompanied him in a taxi up to a certain point, at which point they left, showing the driver where to go next, the statement said.

The Russian ministry claims that the guides deliberately sent the car into a Ukrainian mine field, where it triggered one of the traps. The driver was killed on the spot, while Sorbi was seriously injured, it said.

The ministry accused the Ukrainian side of trying to arrange the killing of Sorbi close to Russian positions so that his death could be blamed on Moscow. Russian soldiers risked their lives to rescue him from the burning taxi under enemy fire, the statement said.