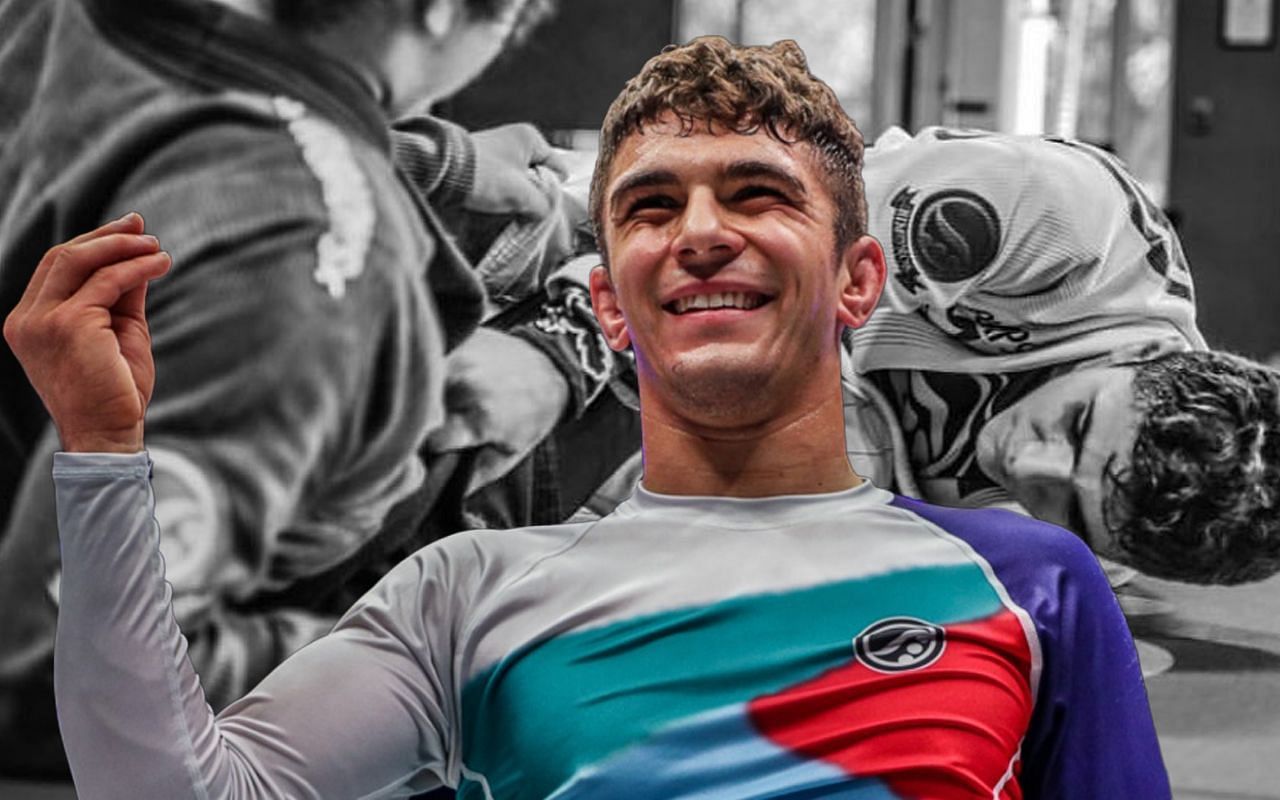 At ONE on Prime Video 2, Musumeci will enter the circle for the second time in what will be the biggest match of his career thus far.

Mikey Musumeci will face Brazilian grappler Cleber Sousa in US primetime to crown the very first ONE flyweight submission grappling world champion. Ready to seize the moment, Mikey Musumeci revealed at the ONE on Prime Video 2 press conference that he has not taken a single day off in the last three months.

“I’m here in Singapore to do two things – do jiu-jitsu and eat pizza. And pizza places don’t open until after the match. So I’m here to do jiu-jitsu with Cleber, he’s amazing. I worked so hard in preparation for this match and I’m so ready. I haven’t taken one day off in like three months, so I’m so ready for this match.”

In his first ONE Championship appearance, the native New Jersey earned an impressive submission of grappling icon Masakazu Imanari, scoring a submission in just over four minutes.

The five-time IBJJF world champion has 58 career victories in the world of submission grappling. He’ll look for win number 59 on September 30.

Sharing his thoughts on the ONE Championship rule set, Mikey Musumeci said:

The biggest difference between ONE Championship’s submission grappling versus what you would see in a typical BJJ competition is the emphasis on submissions and submission attempts.

Inside the Circle, submission grappling matches will have a single 12-minute round with the only way to win being by way of tap or nap. However, if no submission occurs by the end of the time limit, the competitor with the most submission attempts will be awarded the victory.

No points. No decisions. The man who puts his opponent in the most danger walks out the winner.