Honey Caka Sporty Spice, has opened up about how she was “discouraged” from getting a boyfriend and struggled with an eating disorder while she was in the band Spice Girls.

In her new memoir, Who I Am: My StoryMel, whose full name is Melanie Chisholm, revealed that at the height of her Spice Girls fame, her mental and physical health was at an all-time low.

She claims ﻿her management, which included British entrepreneur and agent Simon Fuller, decided that because of her “vulnerable” state, she couldn’t handle a relationship.

“It was a management call,” the singer, 48, writes, per The Telegraph. “I was actively discouraged from having a relationship. I do believe it was with good intentions, but it wasn’t helpful at all.”

She claims that while she was forced to isolate herself, her other bandmates had no barriers in terms of seeking out their own romantic partners.

Chisholm also revealed that she had no issues with her body during her childhood, but when she grew to fame, everything that came with it started to make a negative impact.

She specifically recalls a comment made by a man in the band’s management team. At the time, she’d been practicing some gymnastics.

“I’m surprised you can do backflips with thighs like that,” the man reportedly told her.

After that, Chisholm says she started to restrict her eating and became quite obsessed with her diet and body image.

The impact of those comments made their mark in the years close to 1997, when the band’s famous film, Spice World, was released.

In her book, the singer admits that it took her years before she could watch the film again, because of how frail she looked.﻿

“To look back and see myself so thin was hard to see,” she writes. “It took me back to those times, and how tough it was.”

There was something else incredibly serious that had also contributed to the shift in Chisholm’s life. Just two months before, she’d been sexually assaulted at a hotel the band was staying at in Turkey.

﻿In her memoir, she reveals that the assault occurred when she decided to get a massage at the hotel. It was just two weeks before the band’s first-ever live concert.

Of the experience, the singer recalls: ﻿”I was in an environment where you take your clothes off with this professional person. It affected me.”

She adds: “What happened to me, I kind of buried immediately because there were other things to focus on. I didn’t want to make a fuss, but also I didn’t have time to deal with it.”

If you, or someone you know needs support relating to eating disorders, please call The Butterfly Foundation on 1800 33 4673 or speak to one of their helpful counselors at butterfly.org.au. 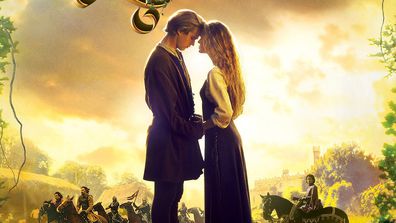