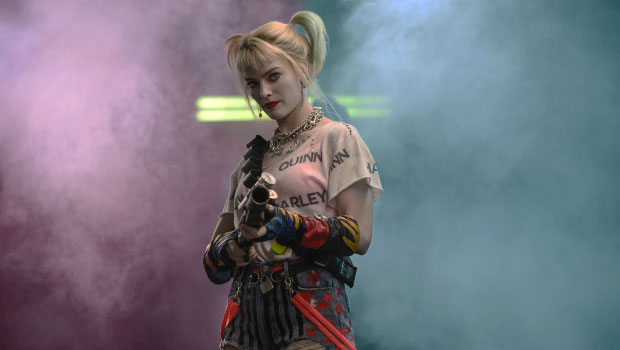 2019’s joker is officially getting a sequel. Joker: Folie à Deux is slated for a 2024 release, per Varietyand will see the Oscar-winning Joaquin Phoenix return as the Joker, while Lady Gaga will take on the role of his co-conspirator Harley Quinn. The sequel of the uber-successful 2019 action-thriller will be a musical and will mark Lady Gaga’s first musical film since 2018’s A Star Is Bornfor which she picked up a trophy for Best Original Song for “Shallow” at the 2019 Academy Awards.

Harley Quinn, the Crime Queen of Gotham City, was most recently played by Margot Robbie in the 2020 film Birds of Prey (and the Fantabulous Emancipation of Harley Quinn) and 2021’s The Suicide Squad. And while the Aussie actress was a popular pick for the role, she is one of over a dozen women who have played or voiced the character over the years. Meet some of them below.

Lady Gaga, born on March 28, 1986, is an American singer and songwriter with Italian and French-Canadian roots who burst onto the music scene with her debut album, The Fame, in 2008. The album included iconic hits such as the energetic and bubbly “Just Dance” and “Poker Face.” Aside from her music, she demanded fashion attention with her head-turning fashion, such as the dress constructed of raw meat she donned at the 2010 MTV Video Music Awards and the infamous egg she hid in as she was carried onto the 2011 Grammy Awards red carpet. “Everyone calls this the egg but it’s actually a vessel that was designed by Hussein Chalayan,” she recalled to British Vogue in Nov. 2021. “I was very particular about the way the fashion looked for this performance in so much as the night before the performance I said, ‘The fashion’s wrong, we don’t have it. We need it to be latex. We need nude latex.’” Her team ended up buying latex from a bus company.

In addition to her successful music career, which has spawned seven studio albums including two collaborations with the legendary Tony Bennett, Lady Gaga, of course, is an award-winning actress. Her most notable projects include 2019’s A Star Is Born, American Horror Story, and 2021’s House of Gucci, in which she starred opposite Adam Driver. As noted above, the New York City native has one Oscar to her name and has been honored with four Emmy nominations.

In addition to being an incredibly talented singer, dancer, and actress, Lady Gaga has a huge heart and has been very outspoken about causes close to her heart, such as supporting the LGBTQ+ community, raising funds for Covid-19 relief, and mental health advocacy. And in a 2016 essay she penned for her by her Born This Way Foundation, which helps support the wellness of young people, she said, “I believe that the most inexpensive and perhaps the best medicine in the world is words. Kind words … positive words … words that help people who feel ashamed of an invisible illness to overcome their shame and feel free.”

Peyton Manning’s Brothers: Everything To Know About Eli & Cooper

Gillian Jacobs voiced Harley Quinn in 2021’s injustice, a film based on the video game series of the same name. Gillian is a Pittsburgh, Pa. native who was born on Oct. 19, 1982. She trained at New York City’s Julliard and has a theater background. She got her big break when she landed the role of Britta Perry in 2009, who she brought to life in six seasons of the television series, Community. Some of her notable films from her include 2008’s Choke, 2009‘s The Box, and 2014’s Walk of Shame.

Margot is an Australian actress who is best known for her roles in 2016’s Suicide Squad2019’s Once Upon a Time…In Hollywood2020’s birds of prey2020’s The Suicide Squadand the upcoming Barbie movie. She was born on July 2, 1990 in Queensland and her first IMDb credit is for a role in the television series City Homicide in 2008. She moved to America after a stint on the Australian soap opera neigbours ended in 2011. The blonde beauty quickly landed the lead role in the period drama Pan Am, although it was canceled after one season. Her luck her changed after her being hired to play Naomi Lapaglia in The Wolf of Wall Street, where she acted alongside Leonardo DiCaprio. The role is often touted as her breakthrough part of her, as her career skyrocketed after the film was released. On a personal note, Margot has been married to British film producer Tom Ackerley since 2016.

Although Margot seemingly had a linear rise to the top, she said it was nothing but in a 2016 chat with The New York Times. “It’s always a hustle. I thought it would be a mountain, where you get to the top, and then it’s like: ‘Wheeee! It’s so easy after this,’” she admitted. “Any time I get near the top, I’m like, ‘There’s another mountain!’ The hustle continues.”

The Flight Attendant actress Kaley Cuoco played Harley Quinn in the 2019 animated series Harley Quinn. Born in Camarillo, Calif. on Nov. 30, 1985, Kayley has been acting since she was just 10 years old and got her first big break for her portrayal of Bridget Hennessey on the Emmy Award-winning comedy series 8 Simple Ruleswhich aired between 2002 and 2005. As an adult, she is widely recognized as Penny from the hit NBC series The Big Bang Theorywhich was filmed between 2007 and 2019.

In addition to being an A-list actress, few know that she’s also a super competitive tennis player. “Acting was just another part of my life, as it still is today,” she told Cosmopolitan in 2014 when speaking about her various hobbies. “It’s one of the 10 things I love doing. It’s never just been my life. As cheesy as it sounds, all my eggs were never in just one basket. I had a thousand baskets going on.”

While Kaley’s professional life has been booming, the same can’t be said for her romantic side, as she has been divorced twice since 2016. She was married I’m tennis pro Ryan Sweeting34, for two and a half years and then tied the knot with Karl Cook, 29, in 2018, which lasted three years. At the time of this writing, she seems as happy as ever with ozark star Tom Pelphrey39.

Melissa Rauch, who co-starred with Kaley as Dr. Bernadette Rostenkowski-Wolowitz on The Big Bang Theoryvoiced Harley Quinn for 2017’s animated film Batman and Harley Quinn. “I love that Harley is a badass and, beyond that, that she uses her humor as another weapon in her arsenal,” the actress told empire in a 2017 interview. “She knows just how to diffuse a situation with her humor, and how to incite a situation with her sarcasm. It’s a dream role.”

Melissa is from Marlboro Township, NJ, and was born on June 23, 1980. She began her career as a stand-up comedian and her one-woman show, The Miss Education of Jenna Bush, gained her a deal of notoriety. Her first IMDb credit from her came in 2006 for a small role in the film, delirious, and her career quickly gained speed from there. Of course, her breakout role was on CBS’ The Big Bang Theory. She has also appeared in True Blood and The Office.

Melissa has been married to her college sweetheart, Winston Beigel, since 2007 and has two children with him. Fun fact: Winston and Melissa wrote her one-woman show together and collaborate frequently. “Our process is that we outline everything to death before we take a stab at writing the dialogue … I’ll take a stab at the scene, he’ll take a stab at the scene, and we’ll combine the best of. Or it will be like, ‘What you wrote is better.’ It’s pretty balanced,” she noted of her and her husband’s creative process in a 2016 interview with Interview Magazine.

Mia Saraborn on June 19, 1967 in Brooklyn Heights, New York City, made history as the first live-action Harley Quinn in the 2002 television series birds of prey. She is best known for the iconic 1986 film, Ferris Bueller’s Day Off. Other notable projects include 1985’s Legend and 1994’s timecop. Sara has not acted since 2013, and she started pulling away from the profession once she became a mom. She Married Jason Connery in 1996 and had her first and only child with him, Dashiell Quinn Conneryin 1997. She became a mom again in 2005 when she gave birth to a daughter, Amelia Janewith who would become her second husband in 2010, Brian Henson.

“Now I’m a mother with a really noisy, difficult house to maintain!” she told Total Film in a 2010 interview. “I did a film last January where I played an evil witch, which was fun. But you know, when it’s two o’clock in the morning and you’re wearing a corset and tights in a freezing-cold farmhouse in Connecticut, you do kind of think, ‘Well, this is why I’m retired! I can’t really do this anymore!’”

The Voices Of Harley Quinn

In addition to Kaley, several other actresses have voiced the Joker’s partner in crime over the years. Harley Quinn was invented after Paul Dini watched his college friend Arleen Sorkin play a jester on an old tape she had from the soap opera Days of Our Lives. One day in 1991, Paul played the VHS tape and his creative wheels started his turning. “I thought, ‘Maybe there should be a girl [alongside the Joker],’” Dini recalled to Vulture in 2020. “And I thought, ‘Should the girl be like a tough street thug? Or like a hench-person or something? And then suddenly the idea of ​​someone funny kind of struck me.” Harley was first brought to life in 1992’s Batman: The Animated Series and has been a staple to the DC universe ever since.