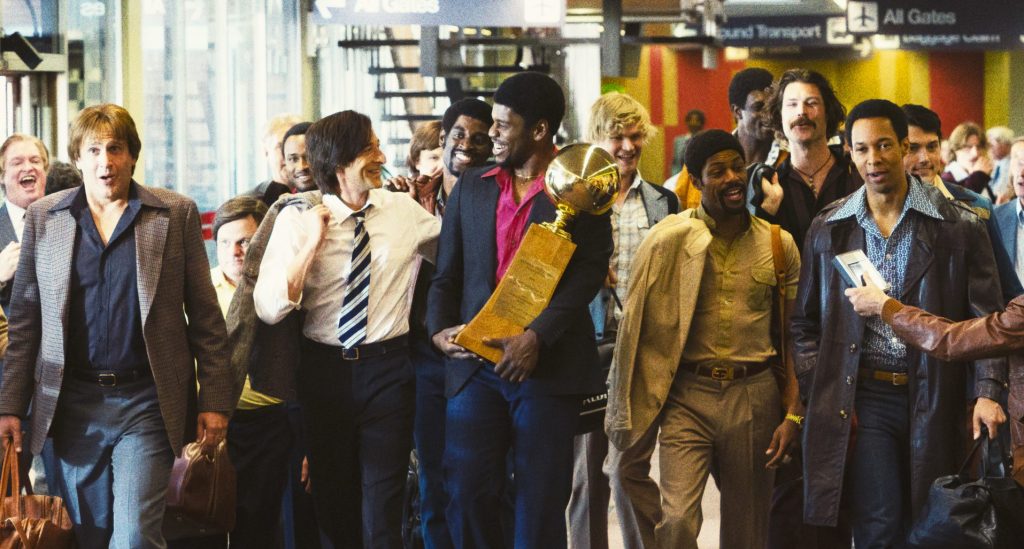 Before Legendary Entertainment Godzilla franchise scribe Max Borenstein became attached as showrunner to Winning Time: The Rise of the Lakers Dynasty series, it took co-creator Jim Hecht some years after optioning Jeff Pearlman’s 2014 book, showtime: Magic, Kareem, Riley, and the Los Angeles Lakers Dynasty of the 1980s, to get HBO to sign on.

And that’s because there hadn’t been a series quite like it before.

Sure, there were sports dramas like Friday Night Lights; football is always an easy sell to a home or theatrical audience. But as far as detailing the rise of a notable NBA team, told against the racial shifting and gender politics of the 1980s era and featuring its gambler owner Dr. Jerry Buss (played by John C. Reilly) and underdog coaches, Winning Time was a TV show anomaly.

“No one has taken a dynasty sports team and given it a treatment of an ongoing drama,” Borenstein tells Crew Call about creating Winning Time.

“This was an opportunity to take this particular lens of professional sports and basketball and use it to view a real epic story and an epic American story of cultural transformation and economic transformation; all the great American themes which fit and are sort of refracted through this prism,” he adds.

“We don’t have royalty in America, we have celebrities,” Borenstein recently told his Season 2 writers’ room about one of the gists of Winning Time. “Our royals aren’t born, they’re made. That’s what this story is about.”

“Second season is where the superheroes don the costumes from Pat Riley to Jeanie Buss (Hadley Robinson); they all really come into their own iconic ways,” says Borenstein. Season 2 will also follow Magic’s Struggle, and Jerry West’s next step to become the team’s general manager.

Borenstein also teases beyond Season 2, and whether we’ll actually get to see Riley head off to the New York Knicks in 1991.

Listen to our podcast below: