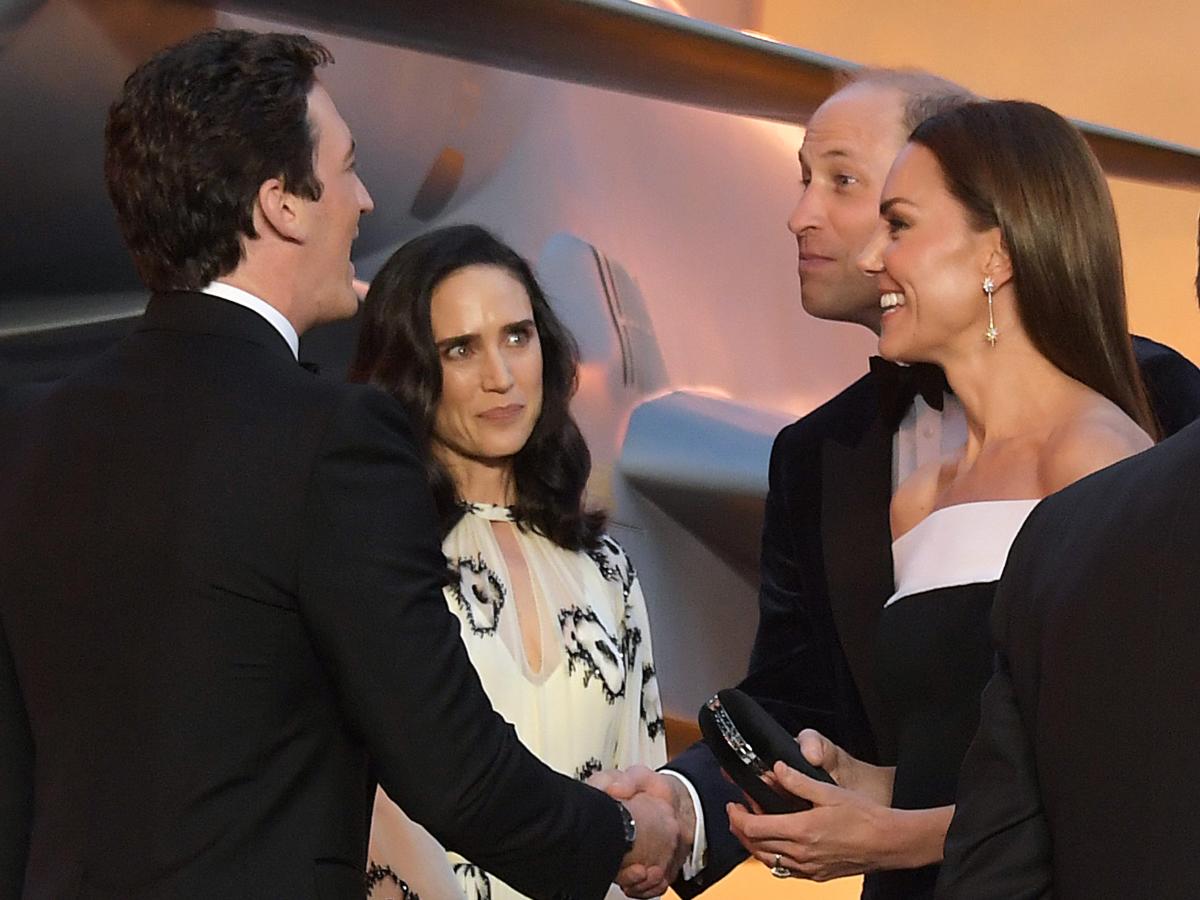 “Top Gun: Maverick” star Miles Teller said that he immediately broke royal protocol when he met Prince William and Kate Middleton at the film’s UK premiere in May.

The new Prince and Princess of Wales attended a special royal premiere over the summer and met up with the stars including Jennifer Connelly, Jon Hamm, and Tom Cruise.

During Teller’s appearance on “The Tonight Show Starring Jimmy Fallon” Thursday night, Fallon quizzed the actor about the royal meeting.

“They give you full rules of dos and don’ts. There’s a lot of etiquette,” Teller said. “And I kind of had a sheet so I wouldn’t mess it up.”

However, Teller recalled that he got lost in the moment and completely forgot about the rules.

He continued: “I was lost in Prince William’s eyes. I mean, blue as the bluest ocean, Jimmy, what do you want? Bora Bora. And Kate is beautiful and very cordial and holds herself so well, yeah, regal… But with William, I don’t know, I just blacked out.”

The 35-year-old actor added that he thinks the prince is a “lifelong fan” after the meeting.

Hamm previously told Fallon on “The Tonight Show” that Teller “geeked out” over Prince William’s eyes.

In an interview with Entertainment Tonight in May, Connelly said the premiere was a “very special experience” and remembered her of when she met William’s mother, the late Princess Diana, at the “Labyrinth” premiere in 1986.

“You think about the protocols that they ask you to be mindful of when meeting them and of course, you know, Kate and William were both so gracious and reached out and shook our hands and they are just impeccable,” Connelly added.