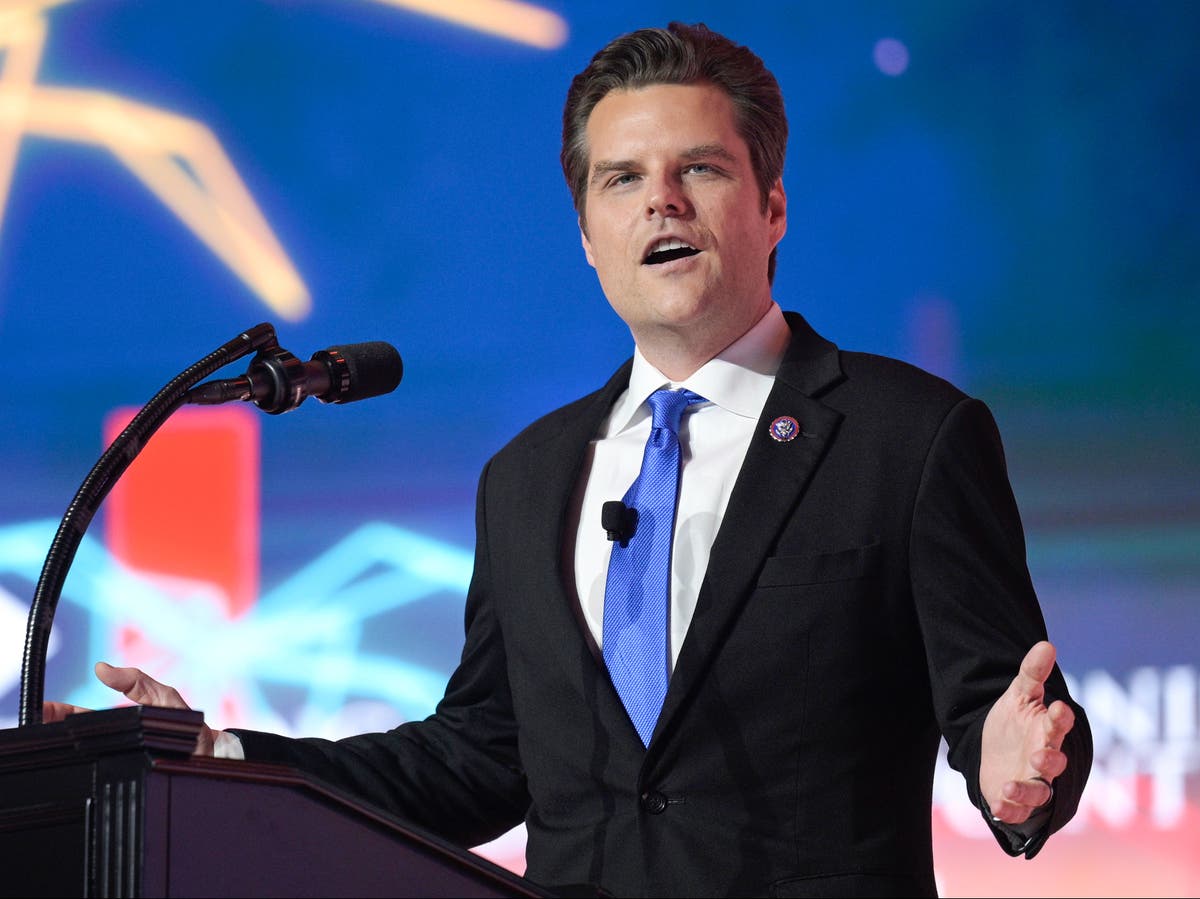 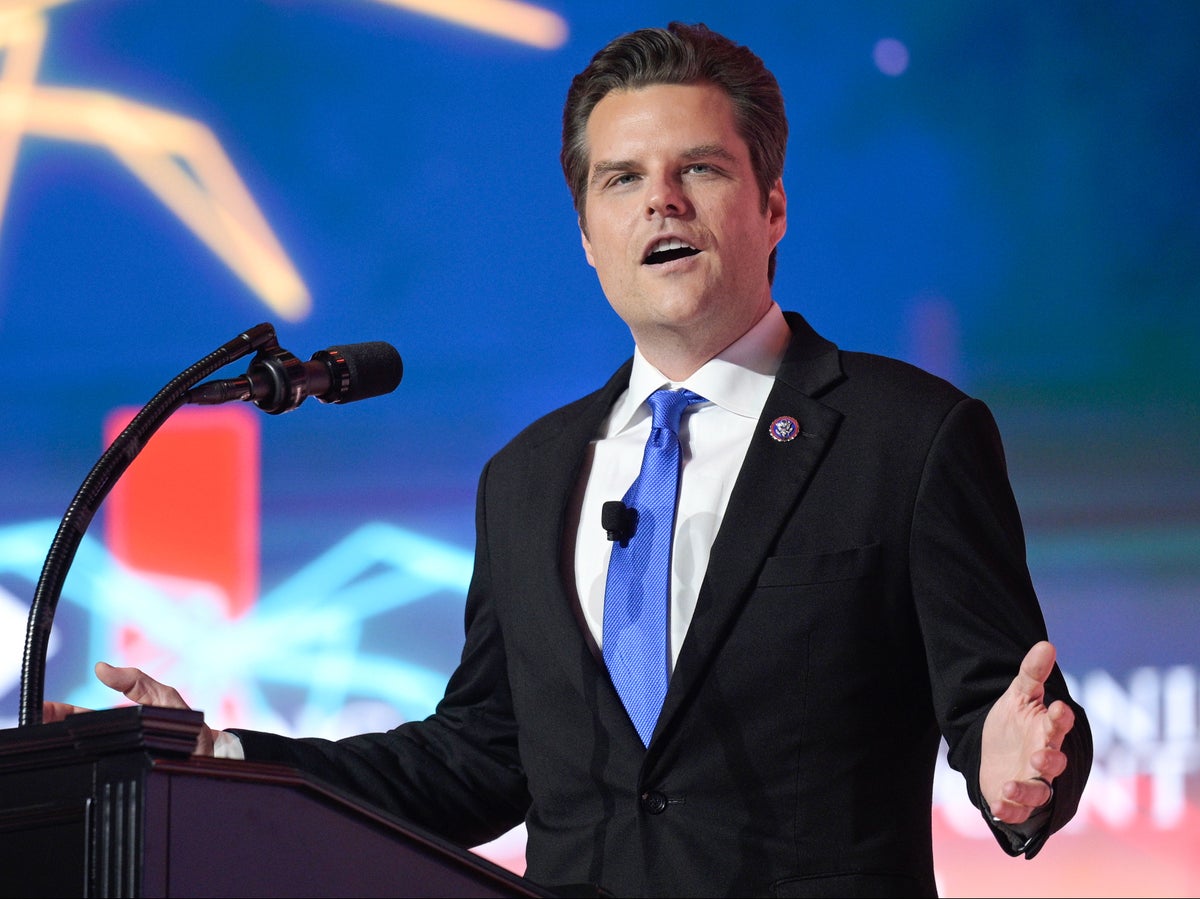 A Republican primary challenger to Florida Congressman Matt Gaetz has launched an ad accusing the far-right representative of tipping off the FBI about documents stored at Donald Trump’s Mar-a-Lago home.

Mark Lombardo, a Vietnam veteran and former FedEx executive, claims in the ad that Mr Gaetz has an animus against Mr Trump because the president declined to grant him a blanket pardon, which he reportedly sought both before and after the events of 6 January 2021.

Pointing out that Mr Trump has not “gone big” for Mr Gaetz, the ad’s narrator asks “what does Trump know?” – and stitches together its tenuous narrative by pointing out that Mr Gaetz has paid money to attorney Marc Fernich, an attorney who defended Jeffrey Epstein, and that “another Epstein attorney” approved the search warrant for the Mar-a-Lago raid.

The ad dovetails with another Mr Lombardo has been released, in which he condemns Mr Gaetz for allegedly engaging “illicit behavior on foreign soil”, referring to a reported trip to the Bahamas that law enforcement are investigating as part of a wider sex trafficking probe in which the congressman is a central figure.

Mr Gaetz has previously dismissed Mr Lombardo – who describes himself as an “America first” candidate – as a stalking horse for the anti-Trump Lincoln Project. Despite his legal problems, the revelations about him in the January 6 hearings and a string of controversies over incendiary and offensive public remarks, the congressman is still expected to win his primary and the general election handily.

There has not been news of the progress of the federal sex trafficking investigation for some time. However, the sentencing of his former close associate Jeffrey Greenberg for crimes connected with the probe has repeatedly been delayed while Mr Greenberg cooperates with law enforcement on various criminal investigations under a plea deal.

The so-called “Epstein attorney” mentioned in Mr Lombardo’s most recent ad is Judge Bruce Reinhart, who in fact represented several former Esptein employees, as well as a woman alleging that she was abused as part of Epstein’s sex trafficking operation.

Mr Reinhart has become the target of violent and anti-Semitic threats since approving the search warrant, and a doctored image purporting to show him receiving a foot massage from Epstein’s convicted associate Ghislaine Maxwell was screened on Fox News last week.

He will soon oversee the hearing on whether or not to unseal the affidavit that underpinned the Mar-a-Lago search warrant. The Department of Justice argues that the document should not be made public as doing so could compromise ongoing investigations and “chill” efforts to secure the cooperation of key witnesses.