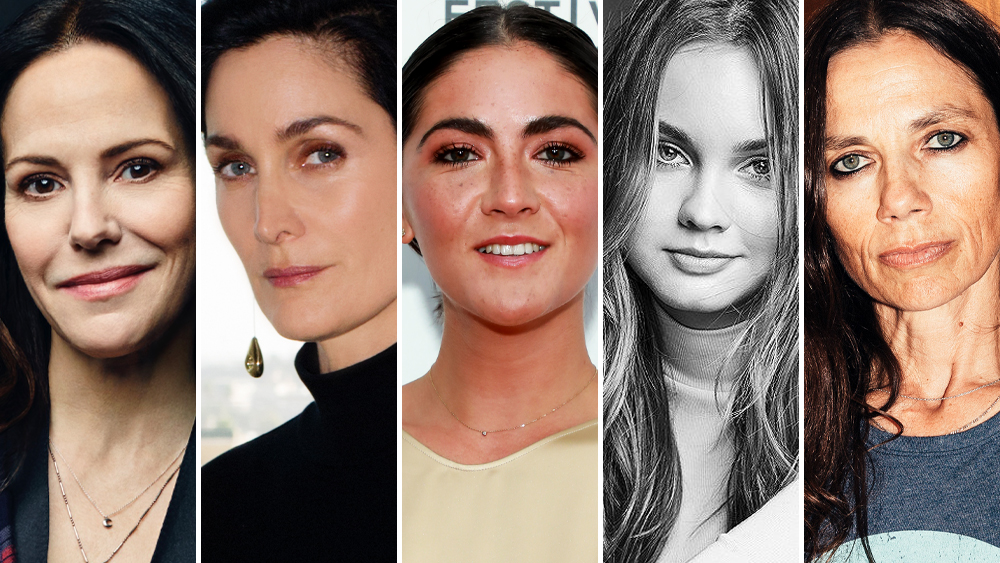 EXCLUSIVE: Mary-Louise Parker (Weeds), Carrie-Anne Moss (The Matrix franchise), Isabelle Fuhrman (The Novice) and Liana Liberato (To the Bone) have signed on to star in Justine Bateman’s upcoming feature Facebased on her 2021 bestseller, Face: One Square Foot of Skin.

The film penned by Bateman consists of 14 vignettes, both comedic and dramatic, which look at women’s faces getting older, and why that makes people angry. While much of society appears to assume that women’s faces are somehow broken and need to be fixed, Face reveals some of the many ways in which women, and those around them, allow this idea to take root at all.

Parker will play Tanya, an actress balancing her need to use her face for her job and the pressure to not move it at all, with Moss as Mrs. Foster, a kindergarten teacher whose young students remind her of the magical functionality of her face. Fuhrman is set for the role of Chris, a 30-year-old who is stunned by the warnings of the impending expiration of her attractiveness, with Liberato to portray Jenny, a waitress determined to succeed on her looks, while refusing the notion that those looks will ever change at all.

Face will enter production in Los Angeles in late fall, with Bateman producing under her Section 5 banner, along with Veronica Radaelli (violet, 9 Bullets). Cassian Elwes (Mudbound, Dallas Buyers Club) is serving as the project’s executive producer, with Mary Vernieu and Bret Howe handling its casting.

Parker is an Emmy, Golden Globe and Tony Award winner best known for turns on series including Colin in Black and White, Mr. mercedes, billions, When We Rise, The Blacklist, Weeds, The West Wing and Angels in America, among others. The actress will next be seen in Peter Hedges’ pandemic drama The Same Stormhaving also appeared in films including Red Sparrow, golden exits, RED and RED 2, howl, solitary man, The Spiderwick Chronicles, The Assassination of Jesse James by the Coward Robert Ford, Saved!, The Portrait of a Lady, Bullets Over Broadway and Fried Green Tomatoes.

Best known for her role as Trinity in The Matrix franchise — which she reprized for last year’s The Matrix Resurrections — Moss has also appeared in films including Knife Fight, Disturbia, The Chumscrubber, chocolate and Memento, to name a few. Notable television credits include Tell Me a Story, Jessica Jones, human and Vegas. The actress will also soon be seen starring alongside Thomas Haden Church and Bruce Dern in the dramedy chocolate lizardsfrom director Mark Lambert Bristol.

Fuhrman is a Tribeca prize winner and Independent Spirit Award nominee whose film credits include orphan and its recent sequel Orphan: First Killas well as such titles as Escape Room: Tournament of Champions, The Novice and The Hunger Games. The actress has also been seen on Showtime’s Masters of Sex and will next appear in features including Jordan Gertner’s Sheroes for Paramount, Andy Tennant’s thriller Unit 234Jonathan Sobol’s sci-fi pic littlemouth and Kevin Costner’s Western, horizon.

Liberato’s film credits include The Beach House, To the Stars, Banana split, Measure of a Man, To the Bone, novice, If I Stay, Haunt, Stuck in Love. and trust. The actress has also been seen on such series as A Million Little Things and Light as a Feather, among others. Other upcoming projects for Liberato include Scream 6K. Asher Levin’s thriller sayNahnatchka Khan’s horror-comedy Totally Killer and Todd Bogin’s thriller Left with Only Rain.

Bateman is an Emmy- and Golden Globe-nominated actor, filmmaker and author whose feature directorial debut violet, starring Olivia Munn, Luke Bracey and Justin Theroux, world premiered to critical acclaim at the 2021 SXSW Film Festival. She directed that title from her own script, having also written, directed and produced the shorts PUSH and five minutes. Bateman has also authored two bestselling books, titled fame and Facewhich were published by Akashic Books in 2018 and 2021, respectively.