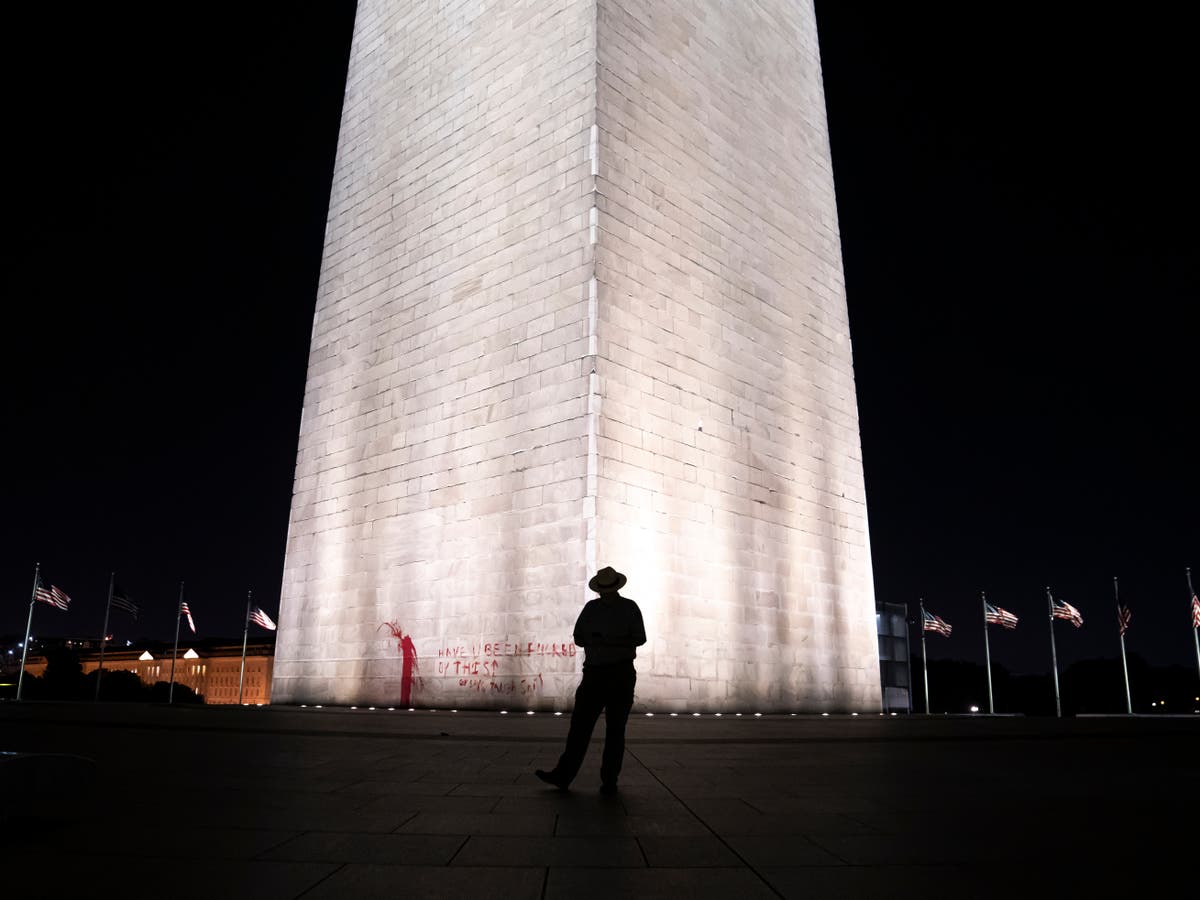 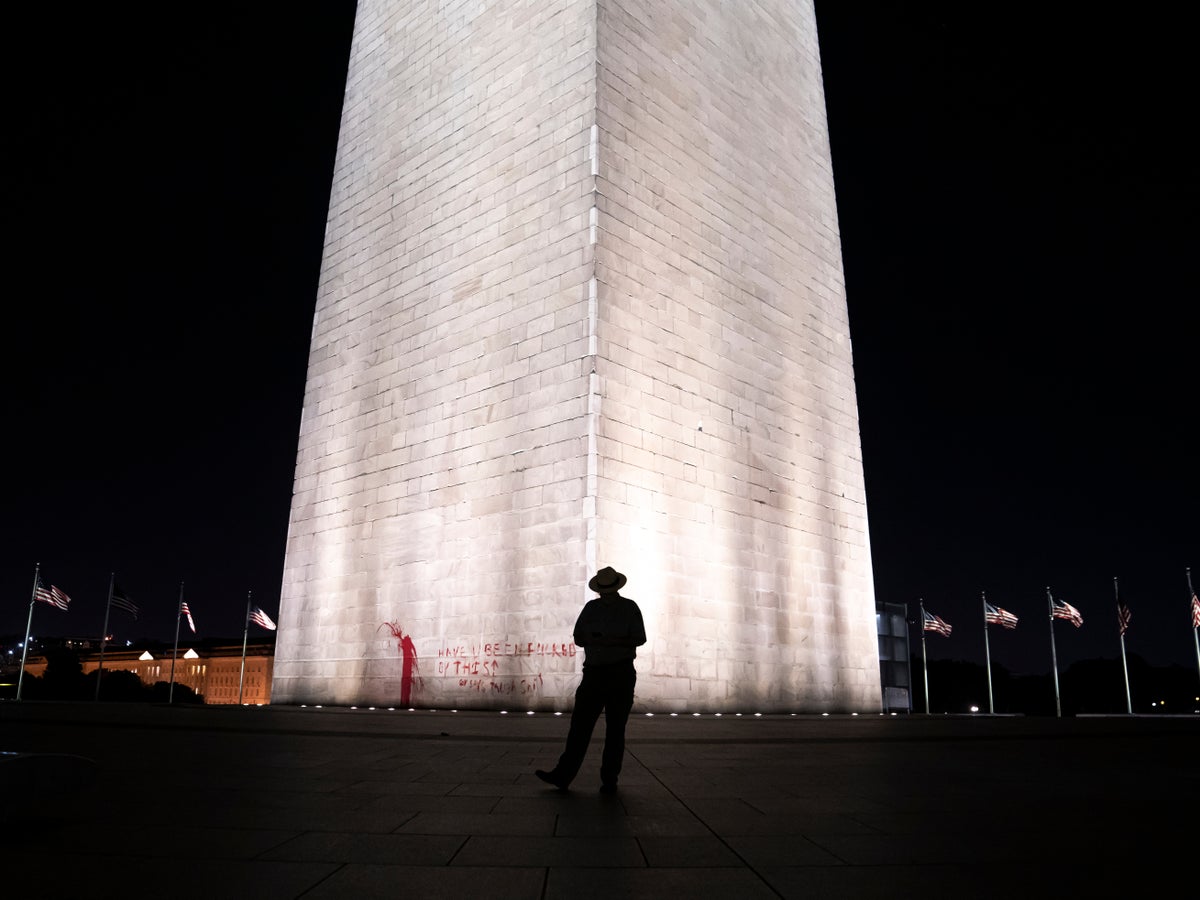 One man was taken into custody after an act of vandalism against the Washington Monument, which appeared covered in red paint and a statement attacking the US government.

Pictures of the vandalism on Tuesday night showed a slogan or statement attacking the US government, which was painted with red paint and included profanities, at the base of the structure.

Issuing an “alert” on Twitter, the United States Park Police (USPP) said it had taken a man into custody following his arrest at the monument, which was closed to the public following the vandalism.

“Area around base of the Washington Monument temporarily closed,” the tweet read. “USPP have adult male in custody for vandalism. NPS conservators will work on restoration process”.

It was not immediately clear if the man taken into custody will face charges. Neither was he identified.

According to NBC News, the monument mostly recently went under rennovation from 2011-2014 following damage sustained by an earthquake. While in 2016-2019 an elevator inside the structure was modernized.