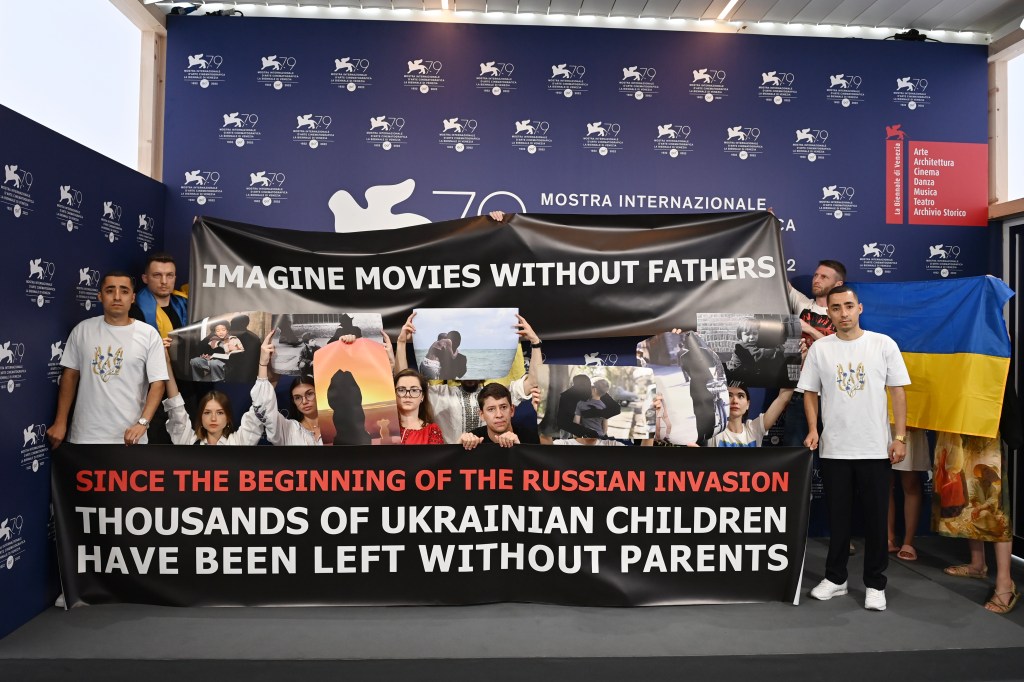 The Ukrainian cast and crew of Luxembourg, Luxembourg — premiering in the Horizons section of the Venice Film Festival — today used their Lido photo call as a powerful call for support of Ukraine’s families.

In connection with the theme of the movie, director Antonio Lukich and team held up a series of pictures from classic films featuring a strong father and son relationship, and in which the father’s image was obscured. This while posing with banners that read “Imagine movies without fathers” and “Since the beginning of the Russian invasion, thousands of Ukrainian children have been left without parents.”

Luxembourg, Luxembourg follows twin Ukrainian brothers who set out on a journey to the titular country upon learning their long-absent father is sick in the capital.

In a statement, the filmmakers said, “We want to attract the attention to the problem with which we, as Ukrainians, will be faced after the war – the problem of absent fathers.

“The absent parents issue is not just a good story line for dramatic films, but sadly the cruel destiny of children left without care. Help Ukraine overcome it.”

Today will also see the premiere out of competition of Evgeny Afineevsky’s Freedom on Fire: Ukraine’s Fight for Freedoma follow-up to his 2015 Oscar-nominated Netflix documentary Winter on Fire: Ukraine’s Fight for Freedom that details the real stories of the people of Ukraine as they continue their fight against Russia’s invasion of their country.