According to The Sunthe high-profile pair were inside the Cheshire property with their one-year-old son, Axel, when they were targeted in a brazen attack on Tuesday evening.

It’s believed the thieves broke into the couple’s £3.5 million ($5.8 million) home while they were downstairs with Axel. The couple soon realized what had happened and called the police, but the thieves had already fled with expensive items, such as jewelery and designer handbags.

“It’s just the most violating thing to think that someone has been all over their belongings before they even realized what was happening is so upsetting,” a source told the outlet.

“The brazenness of doing it while they were in the house is terrifying, and obviously they’re heartbroken … This is their dream home and they love their life there as a family. Suddenly it feels tarnished, but they’re determined to get on with their lives.”

Authorities are now viewing CCTV footage, with Cheshire Police confirming officers were called to the burglary at 10.45pm on Tuesday evening.

“The offenders have broken into the home stealing jewelry and handbags while the occupants were inside,” police told The Sun.

Edwards, 29, and Oxlade-Chamberlain, also 29, moved into the property in 2020, paying cash for the house. The following year, they welcomed their son Axel. 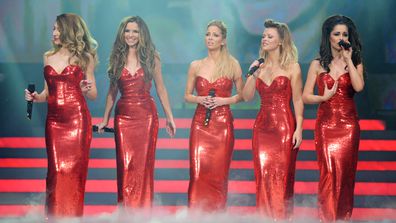