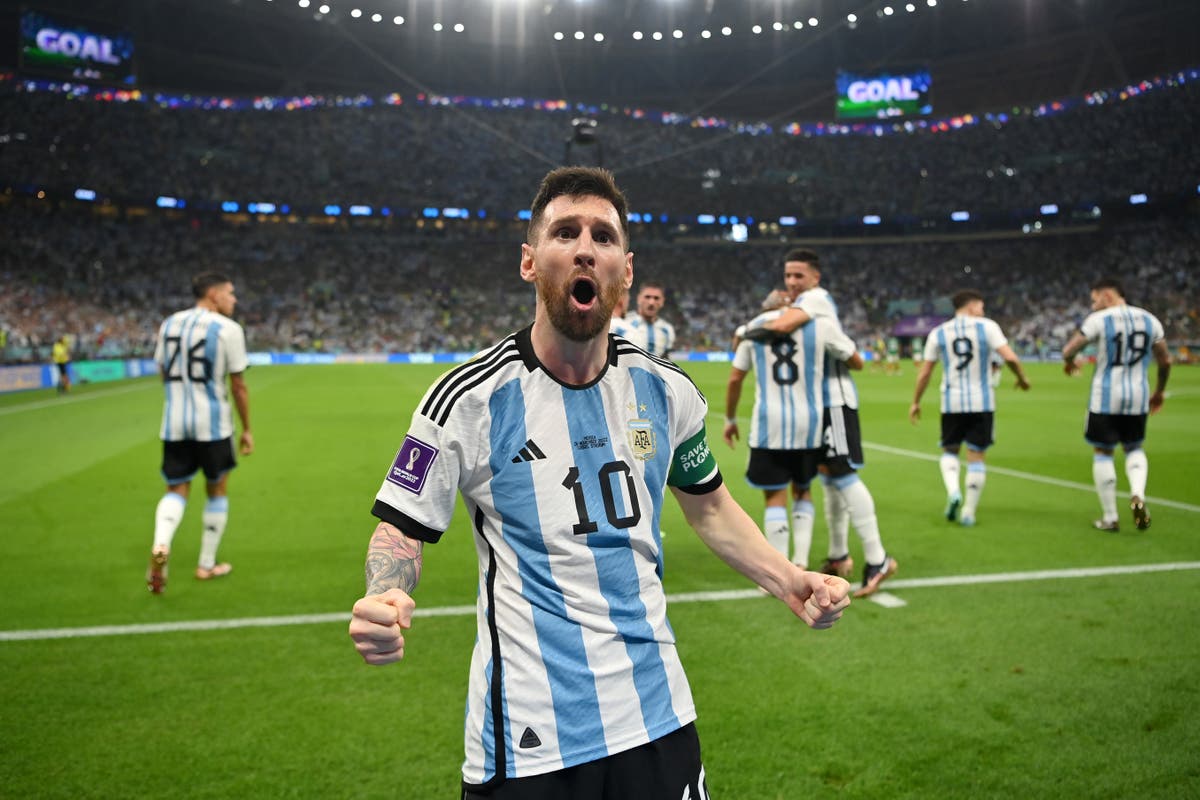 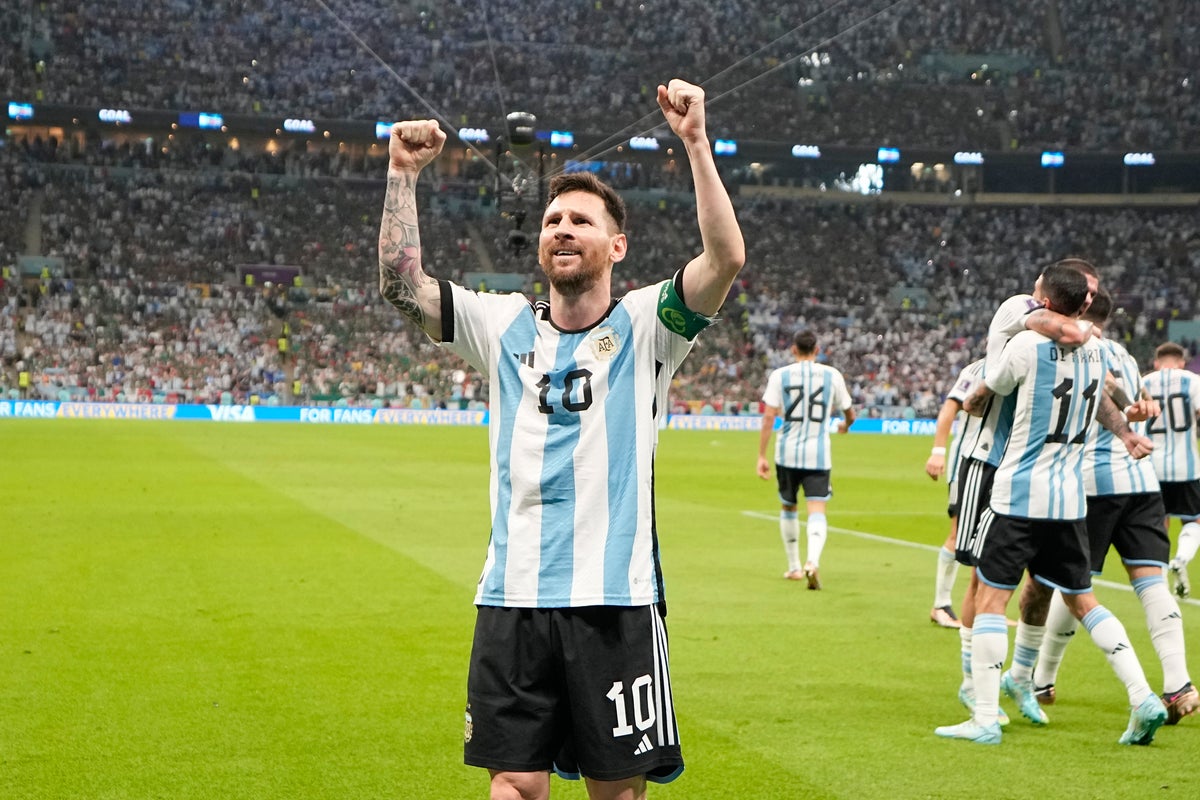 A hit, and some hope.

If a constant line throughout Lionel Messi’s career has been that it seems like he’s been dropped on the game from another plane, he here descended onto this match to at last elevate it and lift Argentina into the qualification places.

His superb strike to beat Mexico was not so much out of this world as apart from this game. It was a moment of true individual inspiration totally disconnected from general play, which made it all the more essential.

Qatar will now forever be associated with another moment of football history, and that from one of rival Saudi Arabia’s tourism ambassadors.

Argentina are going to need so much more than that if they are to do justice to their previous status as potential champions.

The one thing that can be said for Lionel Scaloni’s team is that they are clearly more influenced by form and psychology than almost anywhere else, and this was quite a confidence boost. The manner in which Messi’s clean low strike just flew into the net fostered the sense that things were finally falling right. You could see the belief course through Argentina again. You could see it in the manner Fernandez took the ball on for that clinching strike.

They were playing with a conviction and confidence more recognizable from that long unbeaten run which ended at the hands of Saudi Arabia this week.

It did help that Mexico finally had to come out and play, if that is even the right description. The only pity is that a team this bad can still get through to the knockout rounds. It is the worst Mexican team at a World Cup for decades. They had no ambition, and for a long period brought Argentina down to their level.

The problem for the South American champions was that, before Messi’s goal, they weren’t actually that far above it. The contrast with what followed, and the quality of the goals, was so striking.

Both teams were essentially fighting for survival in this World Cup at the start, but that became too literal. The game almost instantly degenerated into an ongoing exchange of fouls, dives and hacked clearances. It was ugly stuff, in every sense.

At one point in the first half, Mexico played a ball down the right, that typically went nowhere near one of their attackers. Lisandro Martinez had the time to comfortably take the ball down, but instead just lashed it out of play.

It summed up the first half. Why attempt to use your ability when there’s some aggression to be displayed?

Argentina made an attempt to play more of the football, but the issue was they weren’t very good at it. When you compare their first hour to what Spain were capable of against Costa Rica, it was like a different game. It was almost like a different era. Argentina looked as if they had never played in any kind of tactical attacking shape before, with nobody really knowing where anyone else was going or what movements they were doing.

That disjointedness is made worse by the loss of Giovani Lo Celso, who is missing from this World Cup, and it ensured they initially didn’t seem to have any midfield at all here. As against Saudi Arabia, they couldn’t assert any control. And, this time, they weren’t even being pressed. They were making mistakes all on their own.

With Mexico doggedly sitting in, it meant so much of the game was about Messi picking up the ball too far from goal, beating someone but then having to give it and Guillermo Ochoa’s defense shuttling Argentina into a cross from the right that was usually blazed into the stands.

It was desperate stuff.

Argentina were also getting more desperate. There was only one man they could turn to. He stepped up.

If this is to be Messi’s World Cup at long last, the great No 10 offered exactly the kind of match-winning excellence that marks such campaigns. It also had the effect of making everyone around him play better. It was rarely more required.

Argentina still need to beat Poland to make sure, although a draw may be enough depending on Mexico boring Saudi Arabia into submission.

They couldn’t do it to Messi. He had too much life, too much class. It all means his country has hope again.