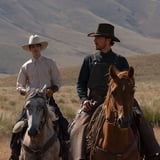 Netflix’s “The Power of the Dog,” starring Kirsten Dunst, Benedict Cumberbatch, Jesse Plemons, and Kodi Smit-McPhee, is a front-runner at the 2022 Oscars. The movie – written and directed by legendary director Jane Campion – is about two brothers, Phil (Cumberbatch) and George (Plemons), who run a ranch in Montana in the 1920s. When George marries Rose (Dunst) and accepts her son Peter (Smit-McPhee) as her step-son, Phil makes it his business to try to chase them off. He sends Rose for capturing her brother’s attention from her and hates Peter for what he perceives her femininity. Phil, it turns out, is fighting his own internalized homophobia and mourning his mentor, Bronco Henry. All of this ultimately leads to his complicated ending and Phil’s death.

The very beginning of the film is helpful when considering the ending. At the start, Peter says in a voiceover, “When my father passed, I wanted nothing more than my mother’s happiness. For what kind of man would I be if I did not help my mother? If I did not save her?” Thematically, this comes up over and over – what kind of man is Peter and what kind of man does he want to be? At one point, he tells Phil that his own father told him before he died that Peter was not kind enough. Phil scoffs at this, but it shows how Phil underestimates Peter and the cold calculation he’s capable of.

Early in the movie, it’s also mentioned that Phil always stays away from dead, dying, and sick cows because they might have anthrax. In 2022, anthrax is most associated with the white powder that was used in attacks in the early 2000s, but in the 1920s, it was known as a bacteria that could affect plants and the animals that eat them, like cattle.

After Rose and George marry, Peter goes to medical school, wanting to be a doctor like his father. When he heads to the ranch for summer break, what he finds is heartbreaking: his mother dele, constantly menaced by Phil, has become an alcoholic after a lifetime of never drinking. At first, Phil attacks Peter, too, but Phil is slowly able to use ranching as a way to gain Phil’s trust.

Over the weeks before Peter returns to school, the pair start to form a bond. Phil begins to make Peter his own lasso, which is braided using the hides of cows. When Rose gives away some of the ranch’s extra hide to local Native Americans, Phil is furious because he intended to use that hide for Peter’s lasso. That’s when Peter sees his opening. Earlier in the summer, Peter had found a dead, diseased cow, and he saved some of its hide. He offers the diseased hide to Phil, not revealing the truth of its origin. When Phil questions why Peter would have any hide at all, Peter strokes his ego by saying he wanted to be just like Phil.

That night, Phil finishes the lasso. The film carefully shows shots of Phil-who has a big cut on his hand dele-working with the diseased hide in a container of solution. Phil, always trying to prove how strong and manly he is, refuses to use gloves. The next morning, Phil is sick, and he soon dies. At the burial, the doctor tells his brother George that he thinks Phil was poisoned by anthrax. Meanwhile, Peter, at home, hides the diseased lasso under his bed using gloves. Outside the window, he sees his mother dele with George coming home, both of them happy and sober.

In his book of prayers, Peter reads the verse, “Deliver my soul from the sword; my darling from the power of the dog.” His mother, Rose, is the darling, and using the diseased cow and his own cunning, Peter was able to kill Phil, the dog. Like he promised at the beginning, Peter would do anything to ensure her mother’s happiness and safety.