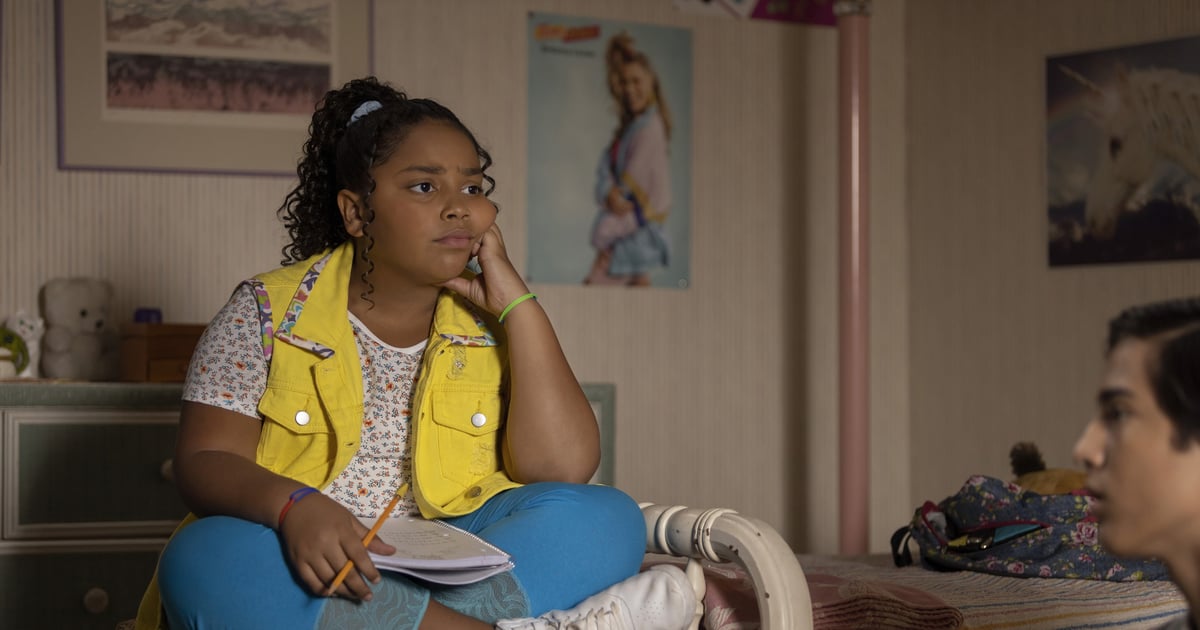 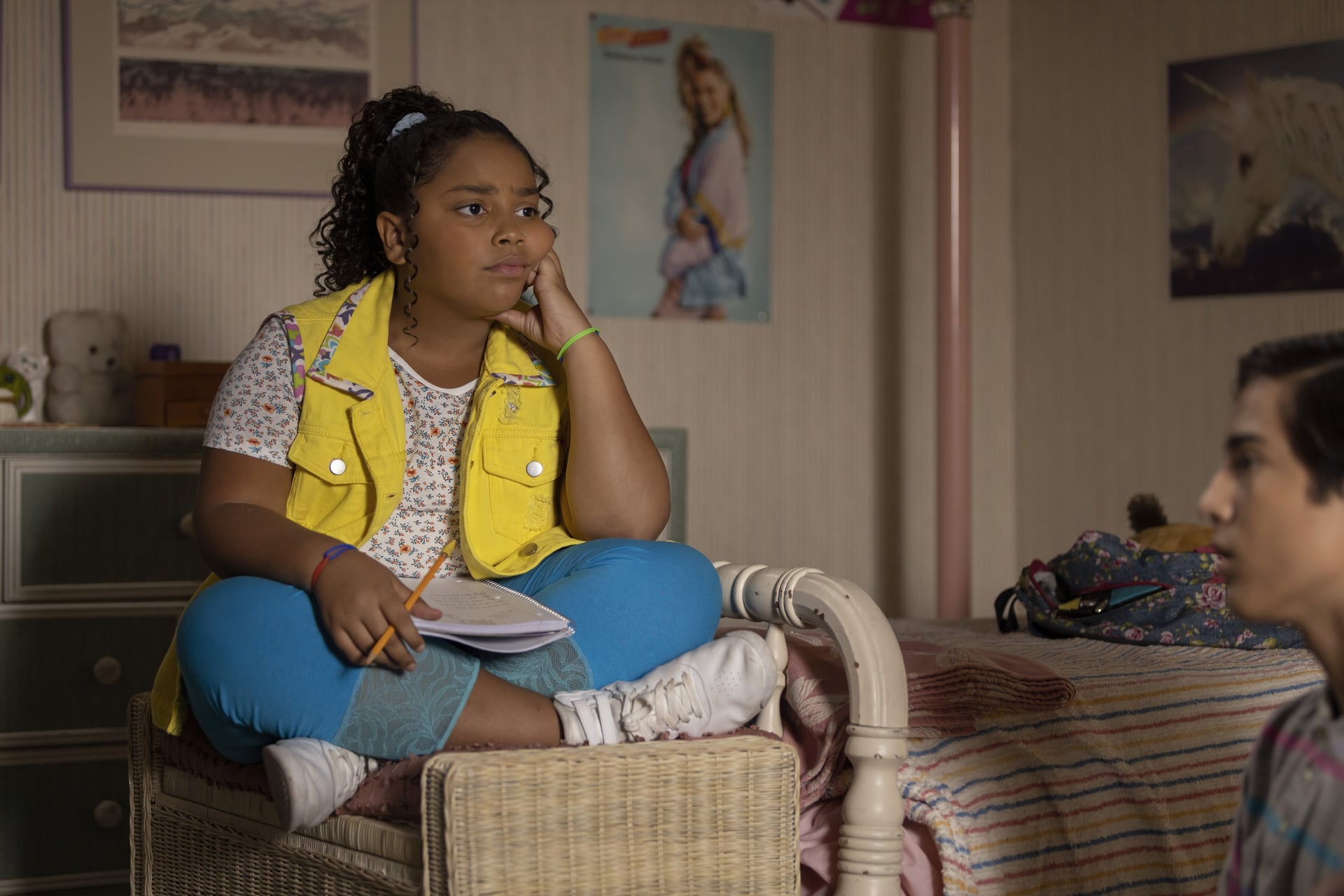 When I first saw Latino Filmmakers Network’s Instagram post of “Gordita Chronicles”‘s cancellation on HBO Max, I was disappointed but not surprised. In 2022, Latinx shows continue to get canceled at a rate that makes it hard to not take personally. If a critically acclaimed family sitcom with a perfect Rotten Tomatoes rating couldn’t survive the curse of the Hollywood Latinx family TV show, what can? Many believed this was the one. Since the cancellation was announced, the public’s passionate outrage has manifested into a full-on #SaveGorditaChronicles digital campaign with the hope that another network picks up the beloved show. As LFN said, “We want to see what happens in the 2nd season. Somebody pick it up!”

On Friday, an HBO Max representative acknowledged the show’s critical acclaim and loyal following. They praised creator Claudia Forestieri and executive producers Eva Longoria and Zoe Saldana for creating a “heartfelt, groundbreaking show that deeply connected with a very important demographic” and confirmed that live-action kids and family programming would not be a part of HBO Max’s immediate focus . This is a direct result of the Discovery and WarnerMedia merger. The combined company, Warner Bros. Discovery Inc., recently drew criticism when it unveiled its board of directors and failed to include a Latinx board member. The premium network has undergone multiple changes since the merger was finalized earlier this year, marking a quiet but sure shift in US television.

“Boy Meets World”‘s longtime writer and Emmy-winner Mark Blutman agrees. through set of tweets, he showed support “Gordita Chronicles,” recognizing it as a wonderful family show of quality and expressing his disappointment over the surprise cancellation. He also shared his thoughts on the state of Hollywood, stating that his ’90s hit sitcom and other popular shows like “Full House” and “Family Matters” would not be made in this current climate. You could say that “Gordita Chronicles” is just another casualty in this ever-evolving industry, but that’s simply not a fair assessment.

As a Latina executive producer and creator, Forestieri’s career and personal journey are unparalleled. Despite the hardships that Latinx filmmakers face in Hollywood, she made the impossible happen by teaming up with powerhouses Longoria and Saldana. Together, they created a smart, loving story of adolescence and immigration with middle schooler and proud Dominican protagonist Cucu “Gordita” Castelli at the helm. Played brilliantly by Olivia Goncalves, it’s Cucu’s bold spirit and belief in herself that inspires both her TV family and audiences at home.

“Gordita Chronicles” is undoubtedly a show for everyone, but at its core, it’s a love letter to Dominicans and immigrants everywhere.

That’s why this cancellation cuts so deep for the Latinx community. We finally had a wholesome family show that we could watch with the entire family, from abuelita to the youngest in the house. One where anyone could find a sense of belonging, especially young chubby Latinx girls who hardly see themselves represented in a positive light on TV. It’s a true celebration of the immigrant experience, encouraging us to be proud of our culture. For US millennial Latinxs, it’s a breath of fresh air, nostalgic of both the ’90s TGIF lineup and telenovela nights with la familia. “Gordita Chronicles” is undoubtedly a show for everyone, but at its core, it’s a love letter to Dominicans and immigrants everywhere.

“Gordita Chronicles” is unlike any story we have seen on TV before, and its authenticity did not go unnoticed — according to Whip Media, it currently holds the fourth highest binge rate of all streaming series in 2022 and ranks as the seventh most-watched comedy series among all comedy series released in the US across all networks in 2022, proving that a show by us, for us, is the best recipe for success.

The numbers speak for themselves, and even HBO recognizes the power of its growing fanbase, yet only 37 days after it premiered, it was the first to get the ax. We’ve been here before.

As “Jane the Virgin” writer and Los Angeles Latino International Film Festival CEO Rafael Agustin said in a recent tweet, “Gordita Chronicles was better reviewed and outperformed many huge HBO Max properties. . . . Claudia Forestieri & those writers wrote their hearts out.” The numbers speak for themselves, and even HBO recognizes the power of its growing fanbase, yet only 37 days after it premiered, it was the first to get the ax. We’ve been here before.

When Netflix announced the cancellation of the critically acclaimed show “One Day at a Time,” fans of the Latinx family show couldn’t believe it. With award-winning Latina Gloria Calderón Kellett co-showrunning, the reimagining of the classic Norman Lear sitcom with a Cuban American family was eventually picked up by Pop TV; fans know how that ended. “Gentefied,” a show that spoke to many, was created by the brilliant duo of Linda Yvette Chávez and Marvin Lemus and executive produced by America Ferrera. With a majority-Latinx writing room and a talented cast, the show was acclaimed by both critics and fans for its authentic Mexican American narratives, but Netflix canceled the comedy-drama after only two seasons.

“The Baker and the Beauty,” “Diary of a Future President,” and “Mr. Iglesias” have all been canceled in recent years. Why are Latinx shows not being valued? Because we are not in control of our own stories. The newest Hollywood Diversity Report from the University of California, Los Angeles and published by Ana-Christina Ramón, PhD, shows that Latinxs are underrepresented both in front and behind the camera. It’s not low viewership or a lack of rave reviews that are getting Latinx shows canceled; it’s the gatekeepers and legacy institutions. We must continue to hold Hollywood accountable and stay united in that mission.

We hold the power to break this man-made Hollywood curse, but we must come together.

We hold the power to break this man-made Hollywood curse, but we must come together. We have to prioritize supporting Hollywood institutions made by us and for us, like the Latino Filmmakers Network, created by Maylen Calienes, and Avenida Productions, created by Fanny Véliz Grande, both Hollywood veterans who have supported independent Latinx creatives for years. The fostering of community on social media for “Gordita Chronicles” is inspiring — Cucu is unequivocally uniting the culture in the fight to #SaveGorditaChronicles. That alone is serving of a second season.