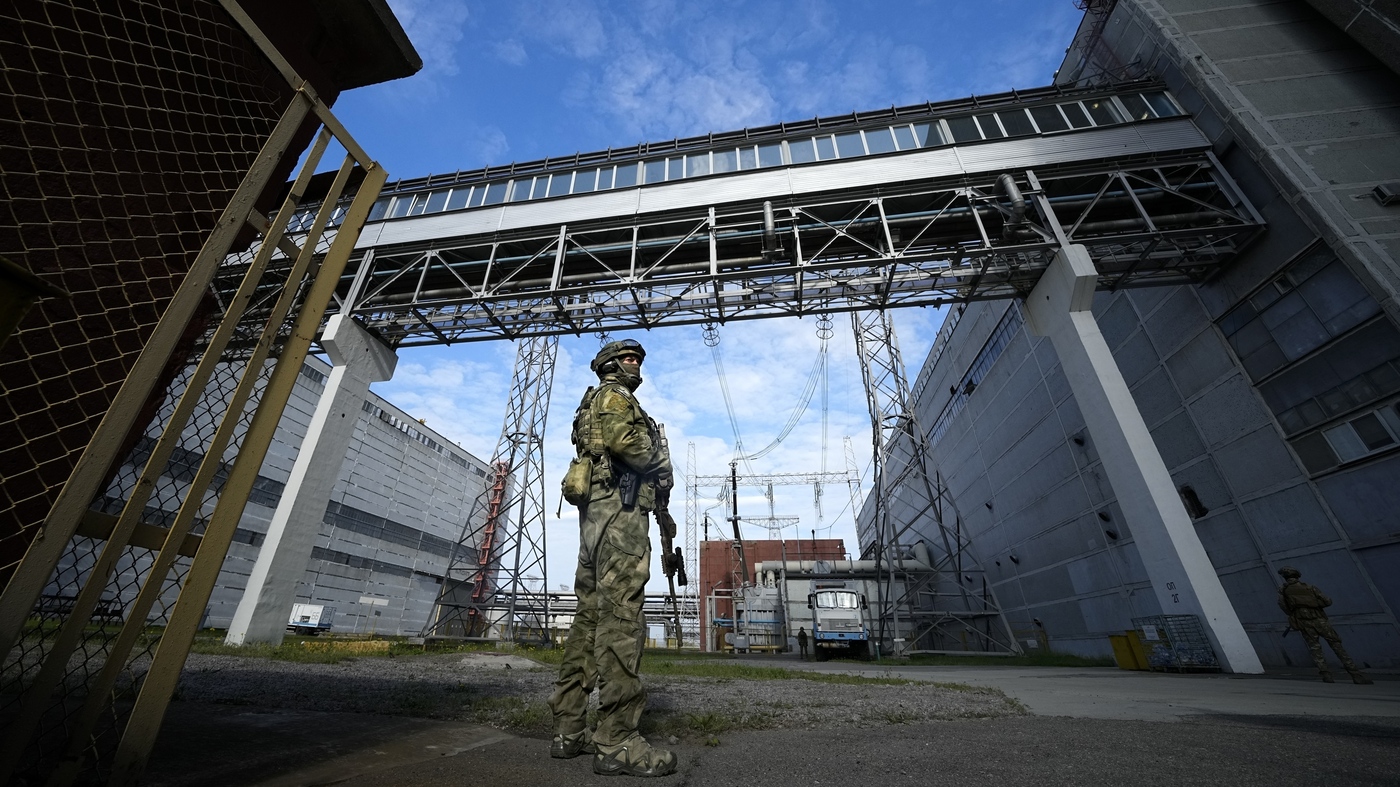 FILE – A Russian serviceman guards an area of ​​the Zaporizhzhia Nuclear Power Station in territory under Russian military control, southeastern Ukraine, May 1, 2022.

FILE – A Russian serviceman guards an area of ​​the Zaporizhzhia Nuclear Power Station in territory under Russian military control, southeastern Ukraine, May 1, 2022.

KYIV, Ukraine — Ukraine’s atomic power operator said Sunday that the last reactor at Europe’s largest nuclear power plant has been shut down after the plant was reconnected to the electricity grid.

The six-reactor Zaporizhzhia plant was disconnected from the grid last week after all its power lines were disconnected as a result of fighting in the area, and was operating in “island mode” for several days, generating electricity for crucial cooling systems from its only remaining reactor in operation.

Nuclear operator Energoatom said that one of the power lines was restored late Saturday, allowing plant operators to shut down the last reactor.

The company said the risk remains high that outside power is cut again, in which case the plant would have to fire up emergency diesel generators to keep the reactors cool and prevent a nuclear meltdown. The company’s chief told The Associated Press on Thursday that the plant only has diesel fuel for 10 days.

In an early Sunday statement, Energoatom urged Russian forces to leave the Zaporizhzhia plant and allow for the creation of a “demilitarized zone” around it.