Kourtney Kardashian and Travis Barker had not one, not two, but three weddings – and two of those were without the wider Kardashian clan present.

After their “practice” 2am wedding in Las Vegas in Aprilthe Blink 182 rocker, 46, and reality star, 43, tied the knot for real in an intimate Santa Barbara, California elopement in Mayand then had a larger, more lavish ceremony in Italy later that month with a star-studded guest list.

Aside from Barker, Kardashian, and their photographer, only two others were invited to their Santa Barbara elopement – ​​and in celebration of one of their esteemed guest’s birthday, Kardashian has shared a heartfelt tribute including previously unseen photos from the day.

taking to Instagram, the POOSH founder said she will never forget her California wedding to Barker, and paid homage to her 88-year-old maternal grandmother, Mary Jo Campbell, who was one of two guests invited to witness the nuptials. The other was Barker’s father, Randy Barker.

“My special, sweet, chic, sophisticated, smart and most wonderful grandmother. Happy birthday my MJ ❤️,” Kardashian wrote alongside the images, which showed the quad clinking Champagne glasses with Kardashian in her bridal ensemble, as well as the group on the court house steps.

“So happy you could be one of the only two guests we had when we were legally married, I will always remember this day and night with you.”

READ MORE: Woman explains why she has never kissed her boyfriend of two years

Another image showed Kardashian signing the marriage certificate on the hood of a vintage car, as Barker looked on.

One week before their ceremony and celebration at Castello Brown – a castle in Portofino, Italy – the couple had to legally wed in the United States.

While the guest list for their Italian wedding was significantly larger than their California elopement, there were also notable absences – namely, Kardashian’s ex and father of her three children, Scott Disick.

READ MORE: Actress reveals dark parallels with film that made her star

Kardashian’s mother Kris Jenner as well as her siblings Kim Kardashian, Khloé Kardashian, Kendall Jenner and Kylie Jenner were all in attendance, as was Kendall’s then-boyfriend Devin Booker and Kris’ boyfriend, Corey Gamble.

Disick and Kardashian’s three children – son mason12, daughter Penelopenine, and son Reign, seven – were present as well, however, they were notably excluded from Kardashian and Barker’s engagement, which caused some tension among the family. Disick, 39, was reportedly not invited, and Kardashian’s brother Rob Kardashian was also a no-show.

In the premiere episode of KardashiansDisick said he’s been feeling “left out” since Kardashian started dating Barker – after the former couple were together on-and-off for a decade before splitting for good in 2015 – as the family sometimes don’t invite him to events out of concern he would feel uncomfortable.

“I’d say it’s probably one of the most difficult things in my life.” 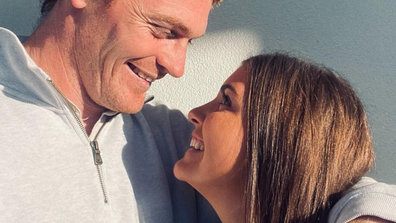