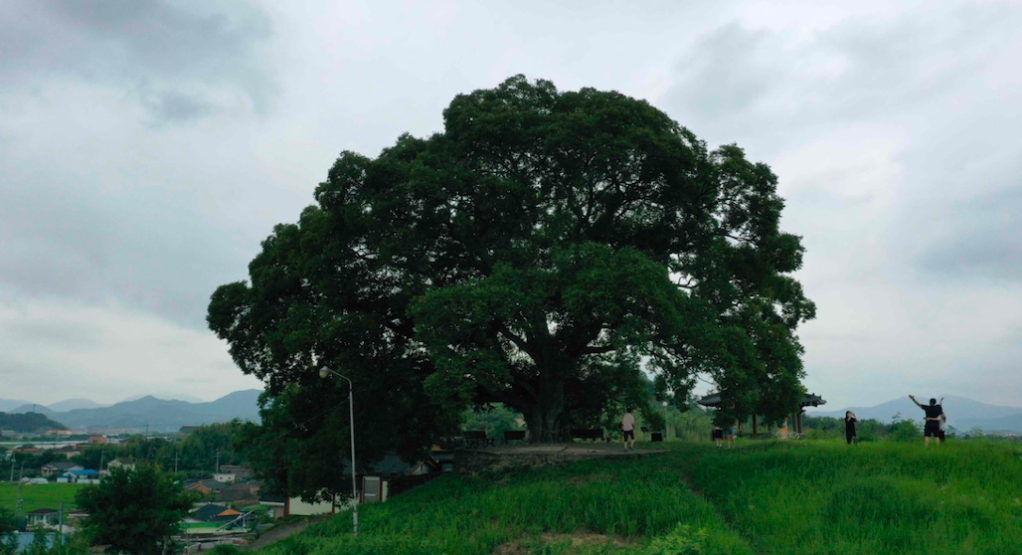 The Netflix hits continues its extraordinary run, the Cultural Heritage Administration of South Korea has said it intends to designate as a Natural Monument a 500-year-old hackberry tree that features in the series.

The tree is located on a hill in Dongbu Village in the southern city of Changwon and has taken on great public interest — becoming “a national topic” since it appeared in the legal drama, the Cultural Heritage Administration wrote on its website. There are reportedly about 70 residents in the village seeing a surge in daily visitors seeking out the spot.

Officially known as the ‘East Asian Hackberry of Bukbu-ri, Changwon,’ the tree was already declared protected in 2015. After a 30-day consultation period, the Cultural Heritage Administration plans to elevate its status to Natural Monument.

Known as Sodeok-dong’s Hackberry in Extraordinary Attorney Woo, the tree has long been the center of the Dongbu village community. The Cultural Heritage Committee said its investigation confirmed that a Danseon-am (Dangjip temple) had existed next to the tree and that a tradition had been handed down where villagers held Dangsanje, a ritual that takes place once a year in front of the tree which is worshiped as the guardian of the village.

In addition, the CHA and Changwon City have made various efforts to protect the tree from any damage and improve the surrounding environment by improving visitor traffic using temporary pavement facilities, installing protective fences and temporary toilets to resolve inconveniences for residents due to the increased attention spurred on by the Netflix series.

As Deadlines reported earlier this week, Extraordinary Attorney Woo has held the No. 1 spot in Netflix’s Weekly Top 10 for non-English series for six of its seven weeks to date, only briefly slipping to No. 2 in Week 3.

It made a debut at No. 8 on Netflix’s list of all-time most popular non-English series last week with 289M hours viewed in its first 28 days. As of Tuesday, it had moved to No. 6 with 341.5M hours.