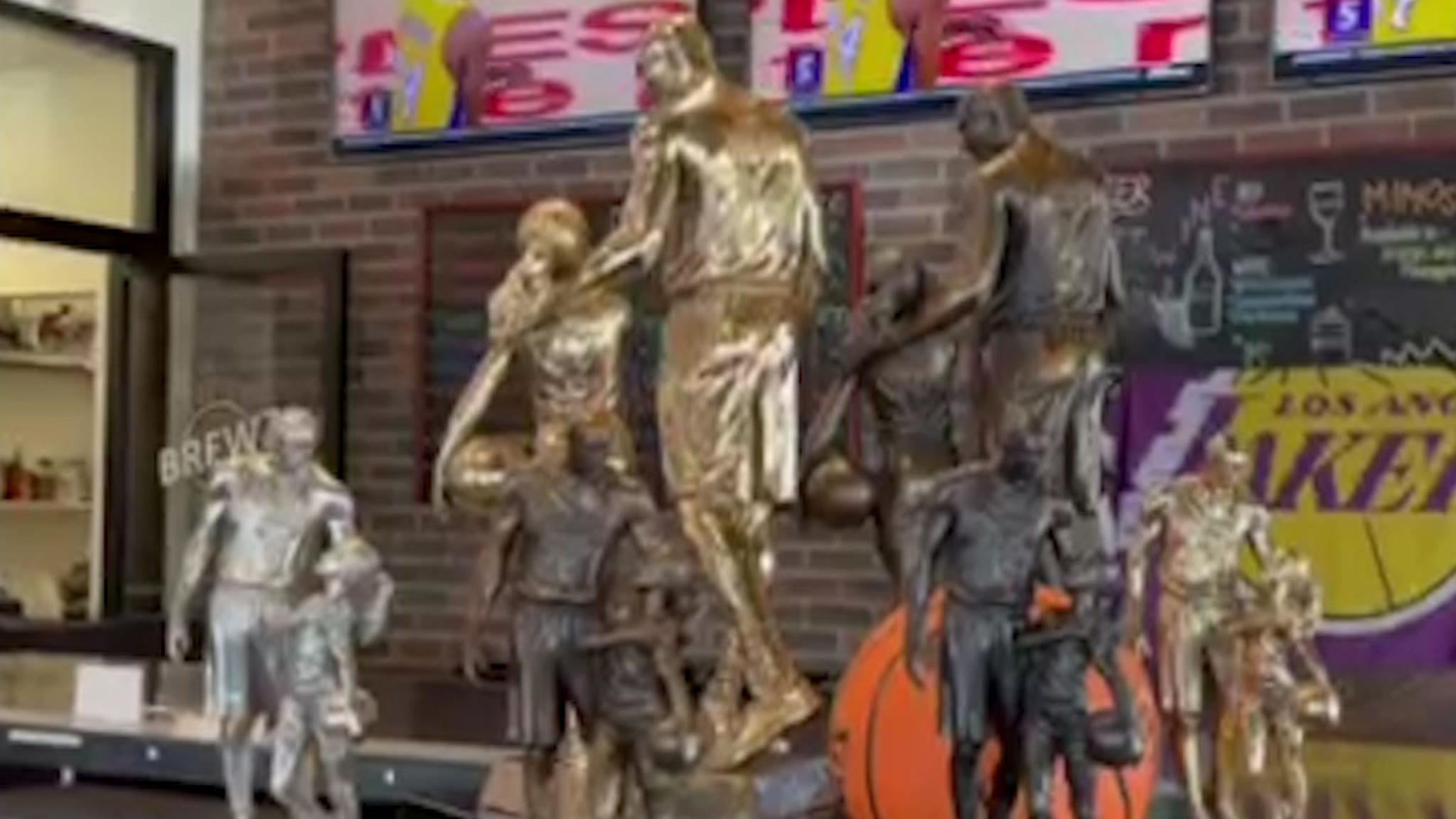 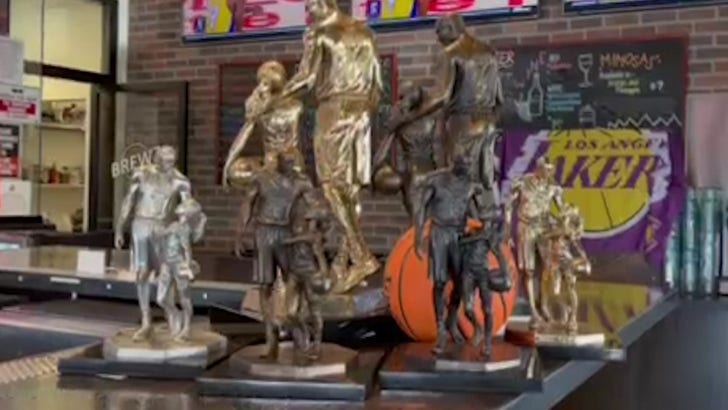 The sculptor who made the iconic Kobe and Gigi Bryant statue that was placed at the crash site earlier this year has made several replicas of the tribute … and he tells TMZ Sports he’s giving them out to fans in honor of Mamba Day.

On the 2nd anniversary of Kobe and Gigi’s death, Dan Medina made a 160-pound bronze statue of the NBA legend and his 13-year-old daughter … and brought it to the Calabasas location on January 26.

That monument was only temporary (since the city of Calabasas told us a permanent one won’t be installed anytime soon) … but Medina created four miniature ones just like it for a special giveaway that started on 8/24 — AKA Mamba Day.

“I will be giving away 4 Bronze sculptures in the near future,” Medina tells us.

“The designs are 12 inches tall and are an exact replica of the larger design I displayed last January 26.” 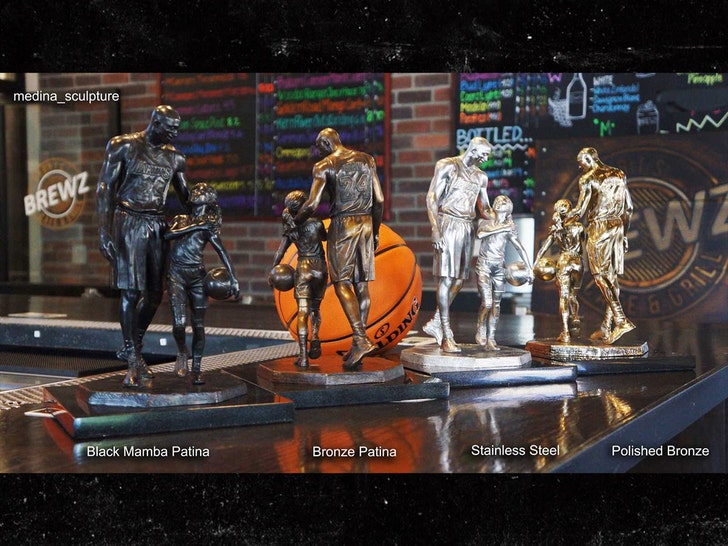 The replicas all sit on black granite and each one has a different finish — bronze patina, polished gold, Black Mamba patina and stainless steel.

“I’m genuinely humbled by my opportunity in keeping their legacy alive,” Medina says. “The world needs this.” 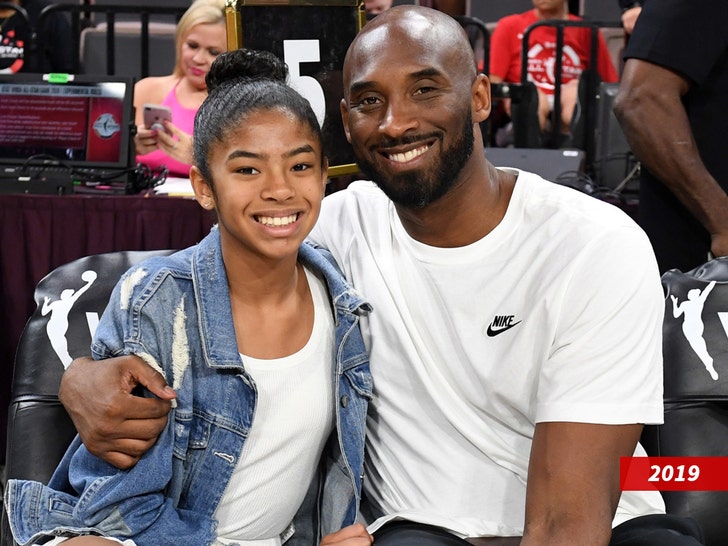 To be eligible, Medina fans have to donate $24 or more to the Mamba and Mambacita Foundation starting on Mamba Day … and after following instructions from his Instagram accounthe will randomly pick 4 winners by January 2023 — which marks the third anniversary of the tragedy. 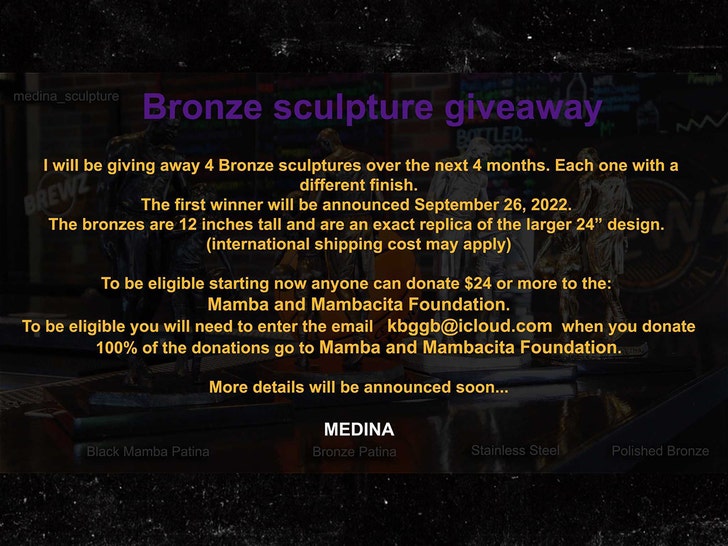 “My plan is when anyone donates a specified dollar amount they will need to input an email that puts them in a pool, then I will randomly choose a winner,” Medina said.

“This will happen 4 times before next January 26th. One sculpture given away per month when it starts.”