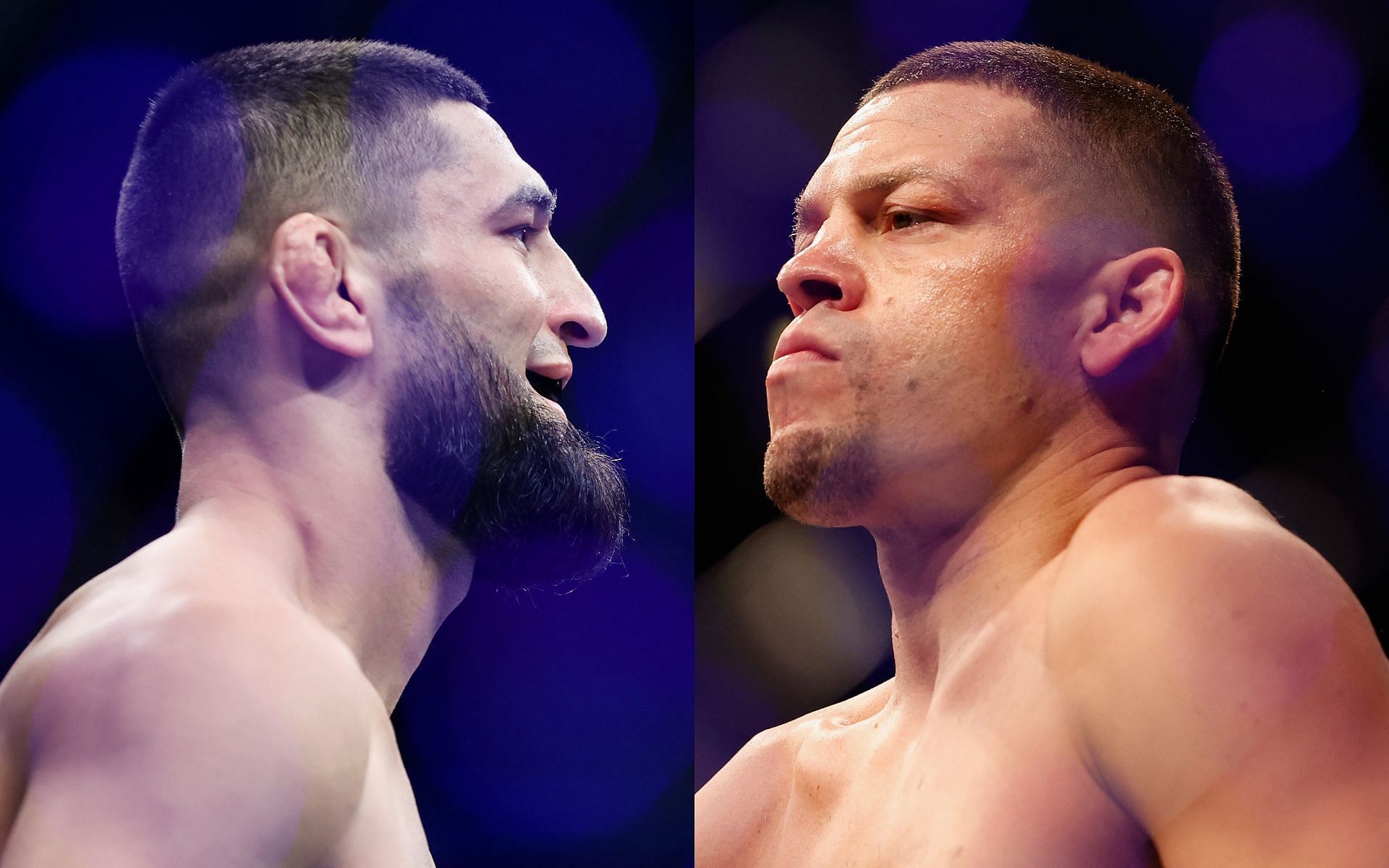 Khamzat Chimaev claims Nate Diaz turned away nearly $2 million to fight him at UFC 279. Chimaev came in weighing 7.5lbs over the non-title welterweight limit of 171lbs, while Diaz made weight at 170.5lbs.

‘Borz’ claims to have offered his entire fight purse to Diaz to fight him overweight. However, the Stockton natively allegedly passed on the offer in favor of a welterweight clash against Tony Ferguson. Chimaev told Megan Olivi post-fight at UFC 279:

“I could make that weight, the doctor stopped that. So yeah, what I could do now? I was waiting for what UFC said to me. I said I wanna fight so I gave all my money to that guy. This was almost two million .. So I said give all my money to that guy, let him fight. If he is that gangster, he shoud fight for money. But he didn’t wanna fight me, you know. So, who’s the gangster now?”

Asked to choose between welterweight and middleweight for his future fights, Chimaev said that he would have to consult his coach. ‘Borz’ co-headlined UFC 279 against Kevin Holland in a catchweight fight at 180lbs, which he won via a dominant first-round submission.

Khamzat Chimaev won’t be fined for missing weight, unlike other UFC 279 fighters

Khamzat Chimaev displayed no signs of regret for his massive weight miss that led to the reshuffling of the entire UFC 279 card. The Chechen-born Swede contender had no qualms flipping off the crowd as they booed him at the weigh-ins.

Massive boos for Khamzat Chimaev at ceremonial weigh-ins. He flips off the crowd: “This is Chechnya, motherf*ckers! Shut up, guys!” #UFC279

Massive boos for Khamzat Chimaev at ceremonial weigh-ins. He flips off the crowd: “This is Chechnya, motherf*ckers! Shut up, guys!” #UFC279

To worsen things, Khamzat Chimaev was not penalized for missing weight at UFC 279, unlike other fighters. Heavyweight Chris Barnett will be fined 20% of his earnings for missing weight against Jake Collier. Rising featherweight Hakeem Dawodu was levied a fine of 30% for not making weight for his featured prelims clash against Julian Erosa.