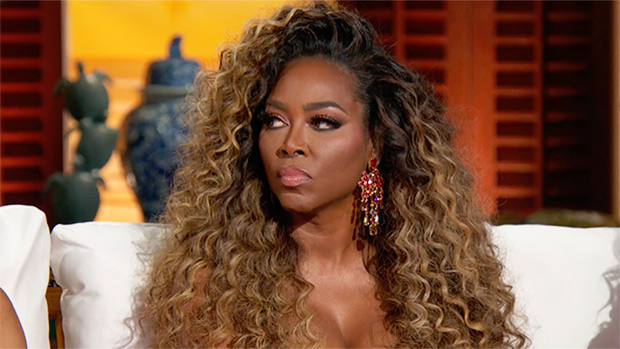 Get ready for an epic showdown between marlo Hampton and Kenya Moore on the next episode of The Real Housewives of Atlanta. HollywoodLife has an EXCLUSIVE look at Part 2 of the season 14 reunion, where the drama between the peach-holders heats up. When Andy Cohen asks Marlo, 46, about the demise of her friendship with Kenya, 51, Marlo surprisingly name-drops their former co-star porsha williams.

“I get it now. She she’s never forgiven me,” Marlo says about Kenya in the EXCLUSIVE clip below. “Only time she she’s forgiven me is when she wanted me not to be Porsha’s friend.”


But Kenya doesn’t appreciate Marlo bringing up her former RHOA rival, who left the show after season 13. “Girl, please, you didn’t want to be Porsha’s friend. You threw Porsha under the bus,” Kenya claims.

Andy asks Marlo about her future with Kenya, but Marlo doesn’t there is one. “No, I think she’s done with me. I think it’s over,” Marlo says, before sarcastically mocking Kenya. “I’m gonna be so stressed out and sad. I am. I don’t know what I’m gonna do without Kenya.”

Kenya immediately fires back at Marlo and calls her a “sociopath”. And Kenya isn’t done there. “She thinks it’s funny and cute, but yet she wants to constantly talk about it all the time in the press and to everyone else and pretend that she’s a different person than she is,” Kenya says about her co-star.

Then, Kenya drops a major bomb about Marlo that shocks Andy and the other ladies. She says, “Everything about you is fake Marlo. Your name is not even your real name. LaToya Hutchinson.” As Marlo confirms to Andy that she changed her name of her years ago, Kenya continues to use that dela against her.

“You changed your real name. You lied about everything on this show,” Kenya says, before referring to Marlo as LaToya Hutchinson again. Marlo’s initial response from her is to simply laugh off her Kenya’s attacks. But we’re betting things get even more tense after that!