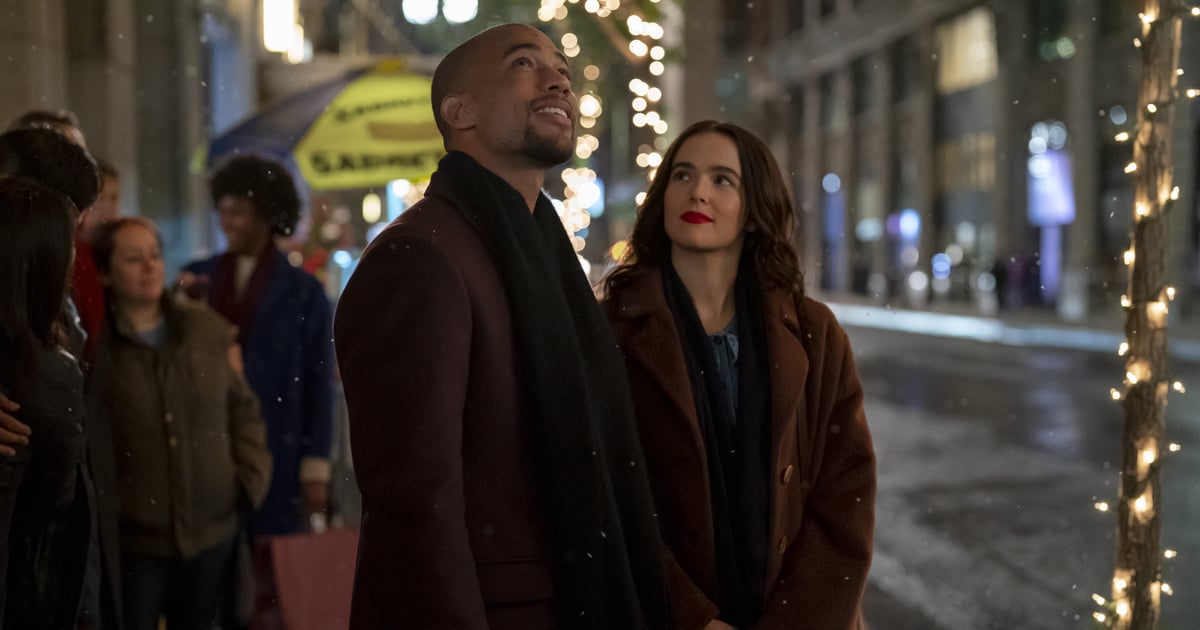 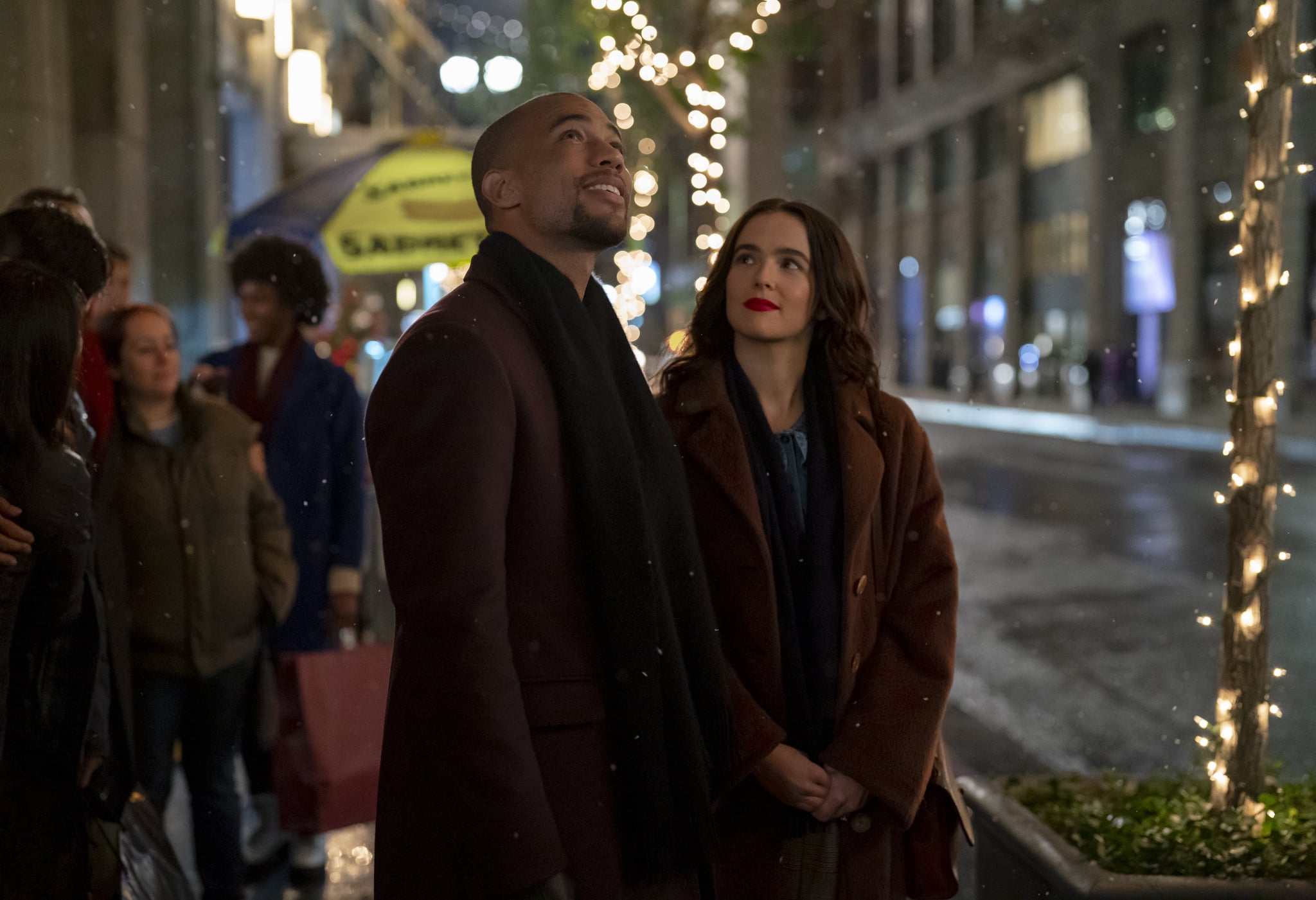 Imagine this: it’s the holiday season, and you’ve decided it’s time to propose to your significant other. You go to a jewelry store to pick out the perfect ring. But then, as you’re walking out with it, something unimaginable happens, and your ring accidentally ends up in the hands of someone else without you even realizing it. Horrible, right? Well, that’s exactly what goes down in Kendrick Sampson’s new movie, “Something From Tiffany’s.”

Based on Melissa Hill’s 2011 novel of the same name, the rom-com follows Sampson’s character, Ethan, just as he’s getting ready to propose to his girlfriend, Vanessa (Shay Mitchell), on Christmas. However, his plan gets derailed after his gift from him gets mixed up with Gary’s (Ray Nicholson), who is n’t exactly ready to propose to his girlfriend, Rachel (Zoey Deutch), just yet. From there, a series of unexpected twists and turns take place that leads the characters to where they’re ultimately meant to be.

Even though Sampson wasn’t familiar with the book before signing on for the film, he was immediately drawn in when he first read the script. “I liked the script, the fact that it was taking a holiday-themed rom-com and taking a lot of the patriarchal tropes and twisting them. It’s all the feels of the classic rom-com without that,” Sampson tells POPSUGAR. “And then I got to meet a couple of the children who were going to play my daughter, and, yeah, I just fell in love. So yeah, it was more about the project and the script than the book. I didn’t get to read the book beforehand.”

Ironically enough, the former “Insecure” actor says he’s not “hugely into rom-coms,” but enjoys reading the scripts and starring in them. He explains, “It’s fun. It’s a good ride. And man, I’ll be a part of some dark storylines, and I love dark storylines, but every once in a while, you want something that’s a little bit more uplifting and just a fun, enjoyable, pleasurable ride.” 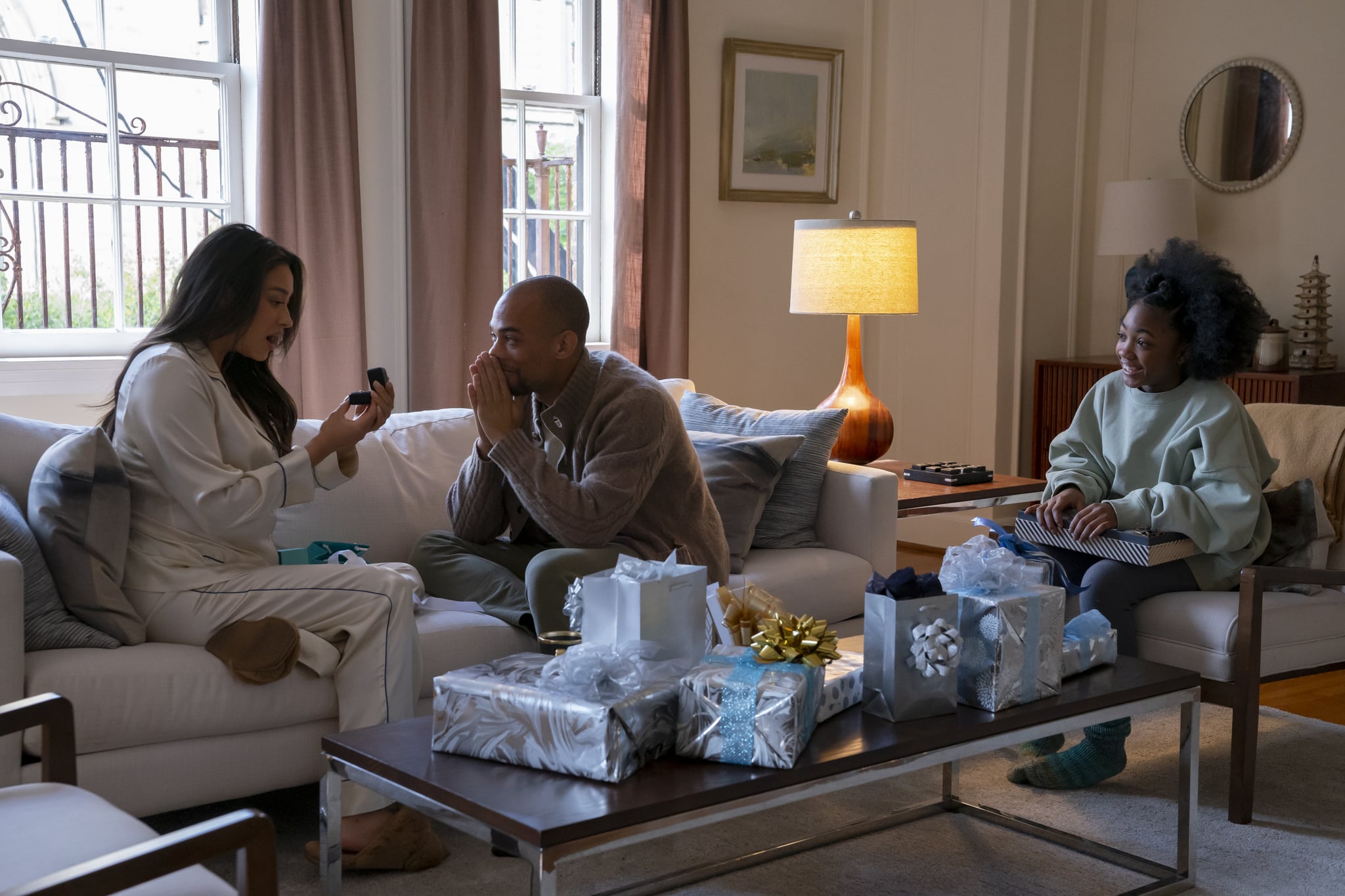 While Sampson hasn’t experienced a gift mix-up quite like Ethan and Gary’s, he has been in a similar situation when he once accidentally swapped laptops with another passenger at the airport. “You know how you have to take your laptop out of your bag? I swapped laptops with somebody and got on the plane. I think I was in Miami or somewhere,” Sampson recalls. “So I had to log into his guest account and see if there was any indication of anybody I could call and figure it out. I found one number, ended up figuring out who the guy was, looked him up on social media, got in touch with him, and waited. I had to wait until we were back in LA to swap computers, but we agreed to allow each other to use each other’s guest profile, so that we could get a little work done. I was so pissed. It was a good week and a half, something like that.”

Despite the wild roller-coaster ride “Something From Tiffany’s” takes viewers on, at its heart, it’s about fate and believing that if something is truly meant to be, it’ll be. “Ethan and Rachel both have a habit of making these decisions that are pleasing to other people and unhealthy for them,” Sampson notes. “And I think what they find in this story is that you think that that is a moral thing. You’re being good by compromising and being less healthy, and it’s not. It’s actually unhealthy for both of you to remain in that relationship in that capacity. So I hope people see that that’s also a way of trying to force things, of trying to force relationships to happen, force things in our lives to happen.”

He continues, “I think that’s what I got out of it. It helps me think about going with the flow of making sure that I’m moving with intention and not forcing or putting all this effort and energy into controlling things that I can’ t control.”

Even though the actor isn’t a big rom-com fan, he does enjoy the holidays. In fact, his favorite holiday tradition is to go on a solo vacation. “I like to migrate like a bird,” he explains. “I want to go somewhere warm, I want to go somewhere with the beach, and do some healing.” Sampson also misses volunteering at a shelter with his family on Christmas Day. “That was actually really special,” he says. “Anna [Diop] and I grew up together. She’s an incredible actress and her family her and my family would go to the shelter and have a really, really fantastic time.”

“Something From Tiffany’s” arrives on Prime Video on Dec. 9.

Watch the Trailer For “Something From Tiffany’s”