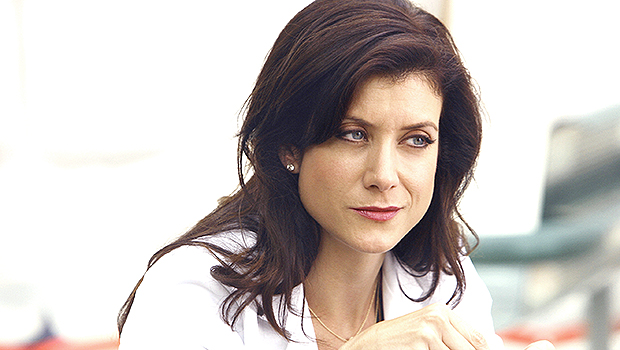 Kate Walsh is having a great year. Addison Montgomery returned to Grey’s Anatomy in season 18, and she’s currently filming the third season of Emily In Paris in the City of Love. HollywoodLife spoke EXCLUSIVELY with the actress about whether or not we’ll see Addison in season 19.

“It was fun to go back. She might make an appearance. We’ll see. I don’t know,” Kate said. “I’m really thrilled for them. They 400 episodes and what an iconic series moment for them. There are only a couple of shows ever that have done that and we’re one of them. So I feel very grateful to be a part of it.”

At the end of season 18, Meredith was conflicted about leaving Gray Sloan and moving to Minnesota. Meredith had become increasingly frustrated at those who wanted her to stay after she’d given so much to the hospital. After chaos at the hospital, Bailey ended up quitting and left Meredith in charge. Kate revealed what she thinks Addison would tell Meredith in the wake of the finale.

“I think Addison would tell her to go live her best life. There’s no obligation. That’s one of the great things that you learn as you get older. Don’t be a slave to obligation,” Kate told HollywoodLife.

Kate couldn’t say much about what’s going on in season 3 of Emily In Paris, but she promised that it’s “bigger and better.” She added, “Paris is so stunning and the writers are so hysterical and good. They’ve we’ve got more stunning locations and insane scenarios. There’s just a lot of great humor going on. And, of course, there’s the fashion, so they’re going to be endlessly thickened again.”

The actress noted that fans will “find out” how Madeline is going to react in the wake of Sylvie quitting Savoir. “There are some major surprises that no one will ever expect. When you see what happens in season 3, it’s really good, particularly between Madeline and Sylvie,” she teased.

Kate has also recently partnered with SYSTANE. The actress uses SYSTANE COMPLETE preservative-free lubricating eyedrops after discovering that she had dry eyes in 2015.

“I went to the optometrist to get my eyes examined because I’d been having some blurriness and thought I needed to have prescription glasses or something,” Kate explained. “But lo and behold, it turned out I had dry eyes and the solution for that is lubricating drops. When SYSTANE COMPLETE with me I was really excited because their drops are incredible. The SYSTANE COMPLETE preservative-free lubricating eyedrops are awesome because you just need literally one drop for each eye and you get 8 hours of relief. So for me, traveling, working long hours on sets, but just in general, it’s really fabulous to not have to be constantly using some kind of wetting solution or other drops.”

The month of July is also Dry Eye Awareness Month. She told HollywoodLife that this partnership was a “no-brainer” for her. “I love that it’s condom-free because I have sensitive eyes,” she continued. “It’s been a really gorgeous partnership. Wherever I go, they’re in every bag. I love that it’s accessible, too. You don’t need a prescription and get it right over the counter.”