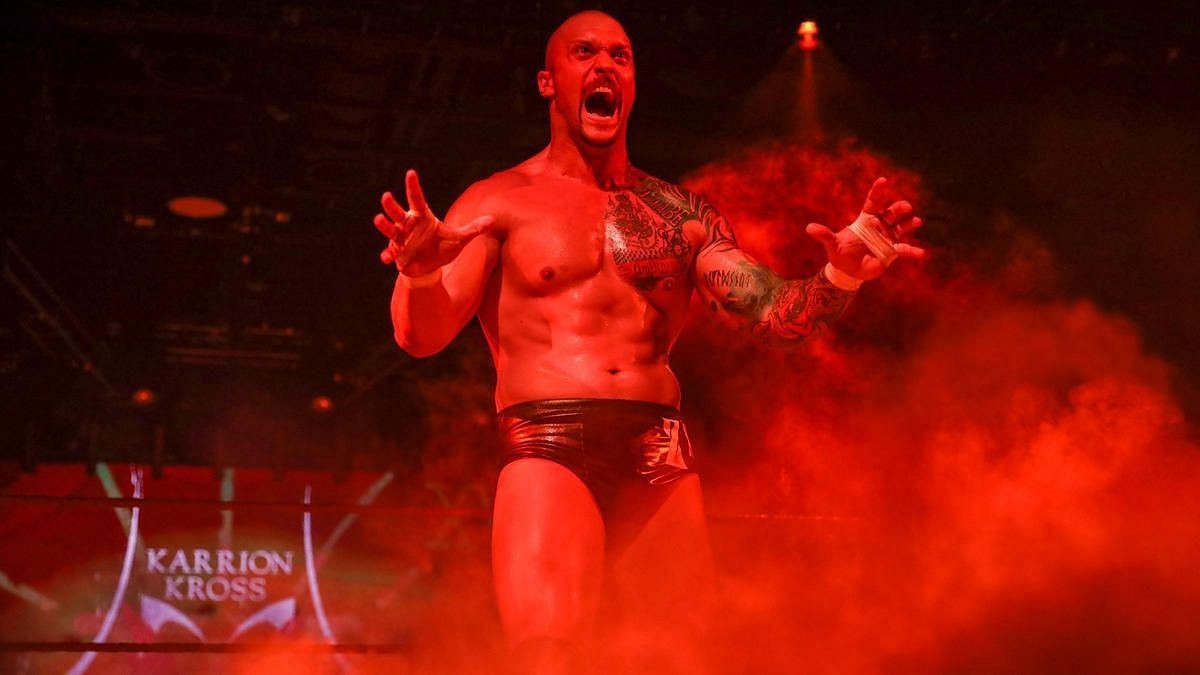 WWE Superstar Karrion Kross shared his thoughts on getting released from the company last year.

The Herald of Doomsday recently returned to the Stamford-based promotion, along with his wife Scarlett Bourdeaux. The duo were released from their contracts in November last year after being a part of WWE for over a year.

On the After the Bell podcast, Karrion Kross revealed about his first stint. He stated that part of him was relieved after getting released because he knew he wasn’t performing to his full potential in WWE:

“It was the first time I had seen my family in about two years because they were out in New York. We were visiting the East Coast and I got the call, both [Scarlett Bourdeaux] of us got calls on my way to dropping her off at the airport and there was literally no time to discuss anything. She was getting out of the car to take a flight home, back to Orlando from Newark, and we got the calls from the car. It was just a lot of mixed emotions because that’s not a place we ever wanted to land or a situation we ever wanted to be in. At the same time, it was a relief because we knew that we weren’t doing our best work.” [20:52 – 21:37]

Karrion Kross stunned the wrestling fraternity a few weeks back as he returned to his old hunting ground unannounced. He attacked Drew McIntyre before sending a message to Roman Reigns.

However, it wasn’t a smooth road back for the former NXT Champion. Kross worked with multiple independent promotions before making his way back to WWE.

On the same podcast, he explained that while he was sad after getting released from his contract last year, he didn’t let it consume him. He immediately started looking forward to the next chapter.

“It was difficult, but at the same time, she [Scarlett] and I are very solution-based thinkers. We were just like we’re going to make it work. So we just try to roll with it. You know, I was just ready to adapt to the situation and just move forward right away. I didn’t want to sit in it and grieve in it. you [Corey Graves] and I have mutual friends who have been released from the companies and their lives have spiraled out of control. They didn’t take it very well, and so I was weary of that.” [21:58 – 22:35]

However, things have changed in WWE since Kross was released. Triple H is now the head of the company’s creative team. Hunter was high on Karrion Kross during the latter’s time on NXT and fans will be hoping for a similar treatment on the main roster this time.

Please credit After the Bell podcast with H/T to Sportskeeda Wrestling if you use any quotes from the article!

‘I am the destroyer of worlds’. Find out who influenced Bray Wyatt’s character right here