Kanye West and Kim Kardashian appear to be on speaking terms again after seemingly putting aside their differences for the sake of their children.

The former couple reunited for their six-year-old son Saint’s NFL flag football game at SoFi Stadium in Los Angeles over the weekend.

In photos obtained by TMZWest, 45, and Kardashian, 42, looked to be chatting as they watched from the sidelines – a far cry from weeks ago when they were reportedly only communicating through their assistants.

“They have had zero communication in several weeks, and all communication regarding the kids’ schedules are now coordinated through assistants,” a source told Page Six earlier last month.

“She has had enough of his conspiracy theories, bullying and hateful rhetoric,” the source added, referring to West’s polarizing antics in which promoted a “White Lives Matter” T-shirt and went on an anti-Semitic tirade on social media.

When his rants reached fever-pitch last month, Kardashian publicly condemned her ex’s “hate speech”, writing on social media: “I stand together with the Jewish community and call on the terrible violence and hateful rhetoric towards them to come to an immediate end .”

The reunion comes after West embarked on a 30-day cleanse and “verbal fast”. The rapper shared his life update on Twitter, revealing in an Instagram post that he was going to abstain from talking, drinking, sex and pornography.

“I’m taking a 30 day cleanse,” West, who also goes by Ye, wrote. “A verbal fast, no alcohol, no adult films, no intercourse. In God we praise, amen.”

The couple were married for seven years and shared four children – Saint, North, nine, Chicago, four, and Pslam, three – before Kardashian filed for divorce in early 2021 after almost seven years of marriage.

It’s believed the reality-star-turned-mogul was the calming force in West’s life, so it pays not to have a rocky relationship with Kardashian.

“In the past, when Kanye would spiral and destroy everything in his path, Kim would be the person everyone would call to get him help or be the only one who could get him to snap out of his dark mental state,” another source told Page Six. 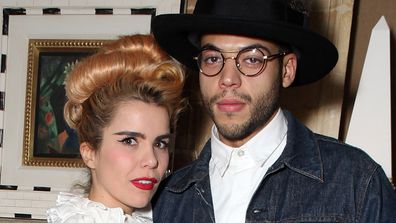