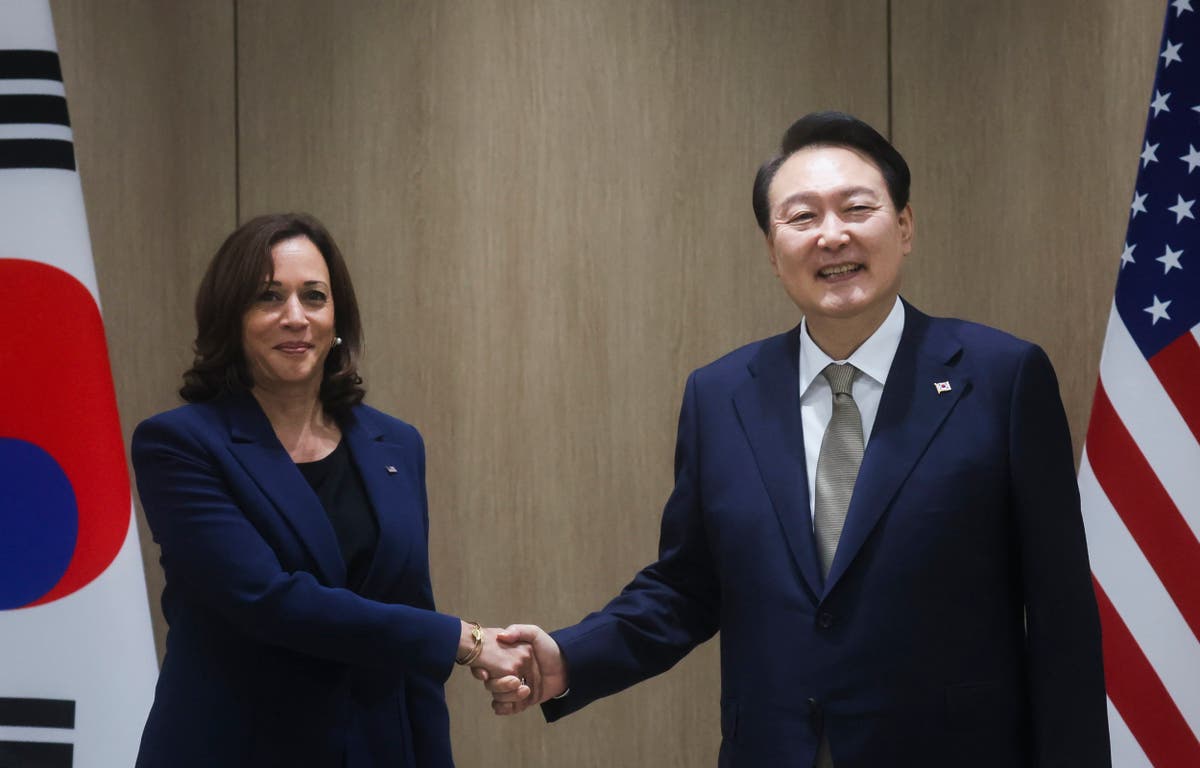 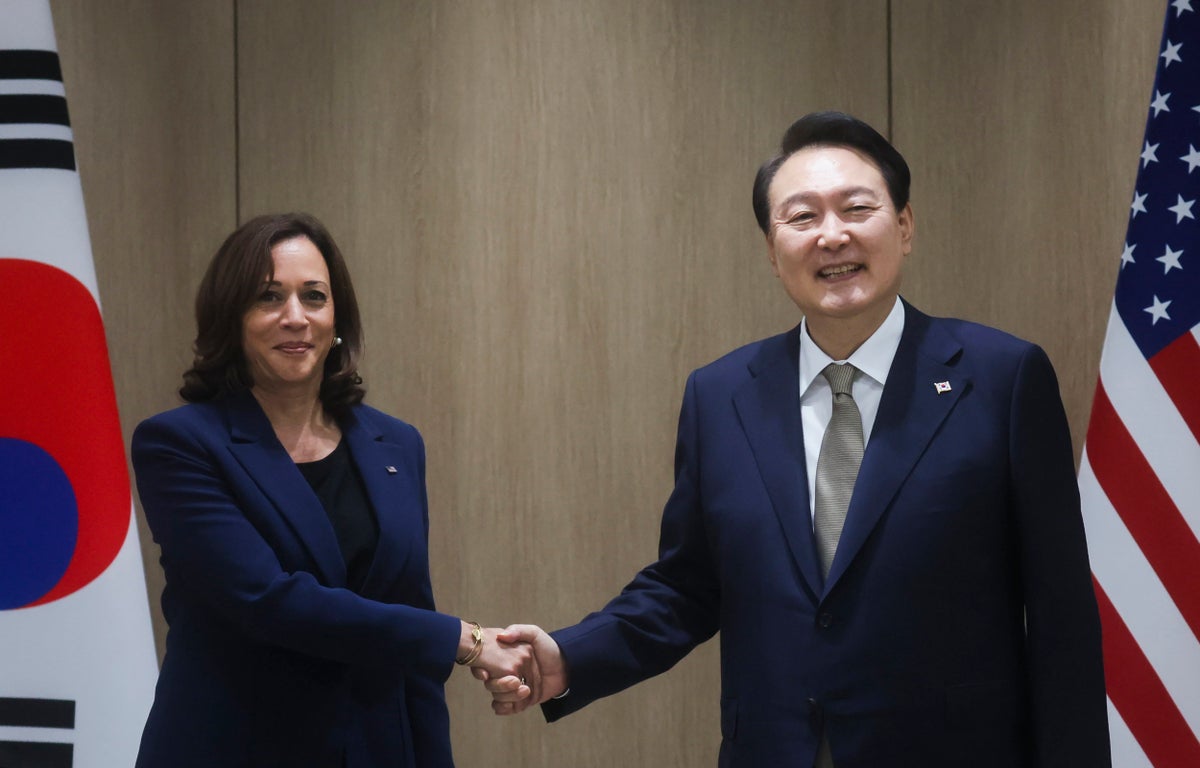 Kamala Harris arrived in South Korea on Thursday and will visit the demilitarized zone (DMZ), even though North Korea fired a test missile just hours before her scheduled visit to the area.

According to a senior White House official, the US vice president is expected to condemn Pyongyang’s firing of the missiles and to demonstrate the strength of the alliance between Washington and Seoul.

The DMZ is often described as the world’s last Cold War frontier and has existed since the 1950-53 Korean War ended in an armistice rather than a peace treaty.

In her discussions with South Korean president Yoon Suk-yeol, she addressed Seoul’s concerns over changes in US electric vehicle subsidies, trilateral relations involving Japan, and China’s action in the Taiwan Strait, according to the official.

At the start of her meeting with Mr Yoon, Ms Harris said: “I’m here to reinforce the strength of our alliance and strengthen our work together.”

North Korea fired two short-range ballistic missiles on Wednesday while Ms Harris was in Japan for Shinzo Abe’s funeral, and had fired one before she left Washington, DC, on Sunday.

Before the visit by the VP, US President Joe Biden also visited the Korean demilitarized zone last May. In fact, the South Korean president called the visit yet “another turning point”.

Initial reports from Seoul said that Ms Harris and Mr Yoon are expected to discuss the North Korean threat and America’s commitment to defend South Korea.

Local reports said the two leaders were also expected to discuss expanding economic and technology partnerships and repairing the recently strained ties between Seoul and Tokyo.

Reuters reported that Ms Harris’s visit to the DMZ is the first by a senior Biden administration official and is expected to come later on Thursday.