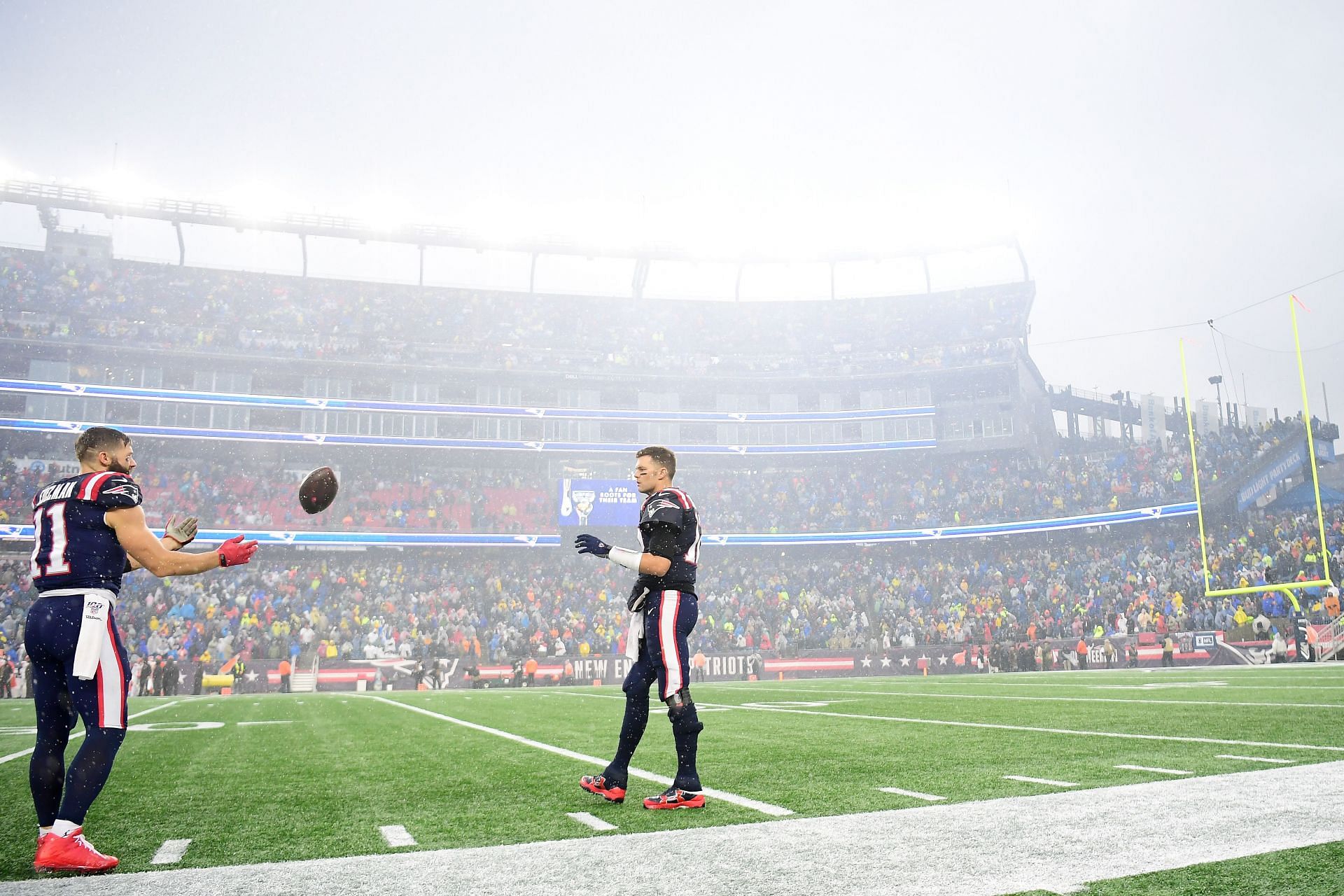 Tom Brady and Julian Edelman had quite the NFL career together. They enjoyed deep playoff runs and won Super Bowls together. This resulted in Edelman becoming one of the statistical leaders in playoff history. During their journey, they became friends too.

Edelman retired in 2020, one year after Brady joined the Tampa Bay Buccaneers. Brady retired following last season, but changed his mind and rejoined the Buccaneers.

Edelman has been coy about his NFL future, though he admitted he had no desire to return in his first year off. Now, however, he might just consider it, but his reasoning has nothing to do with longtime teammate and friend Brady.

“I’ll tell you right now, if I had three weeks, three maybe four weeks — beginning of the season, absolutely not. But if there’s a team vying for a playoff run, guy goes down. Could I get ready? I probably could. … You can never say never.”

Now entering Retirement Year 2, we had to ask @Edelman11 how much he’s missing football these days and if he gets a phone call from the 813 this fall, how much he’d entertain coming back:

Now entering Retirement Year 2, we had to ask @Edelman11 how much he’s missing football these days and if he gets a phone call from the 813 this fall, how much he’d entertain coming back:#NFL #NFLpreseason#GoBucs #Patriots https://t.co/n9OBktszll

The former wide receiver confessed that his year off has given him time to heal, which has helped him consider a return:

“I miss it more this year than I did last year. I miss waking up in August, going to the field and smelling the fresh-cut grass, seeing the sprinklers just finished. Seeing our equipment guys just finishing setting all the stuff out. The locker room. The fellas. The competition. Now, being in my second year out, I can actually miss it because last year it was still ingrained in my head.”

The former Patriots wide receiver didn’t say whether he was staying in shape and ready for a possible return. As to whether a playoff contender would be interested in the 36-year-old is a separate matter.

The first team that Edelman might consider has to be the New England Patriots. Even after Brady left, he stayed in New England for another year. If he was to return, he would probably be back home.

It would be hard to pass up an opportunity to get another ring with his companion, so the Tampa Bay Buccaneers are another option. However, this is very unlikely as the Buccaneers have a plethora of talented receivers.

The Green Bay Packers need some experienced wide receiver help. They drafted three wide receivers this year, and there are questions regarding the Packers receiver room. The Baltimore Ravens have a much derided receiving corps, so they are another potential landing spot.

There are plenty of contenders out there who could and do need wide receiver help. Perhaps the former Patriot is the answer. We will see if he is serious about making a comeback when the season kicks off next month.

If you use any of the above quotes, please credit the Rich Eisen Show and H/T Sportskeeda.