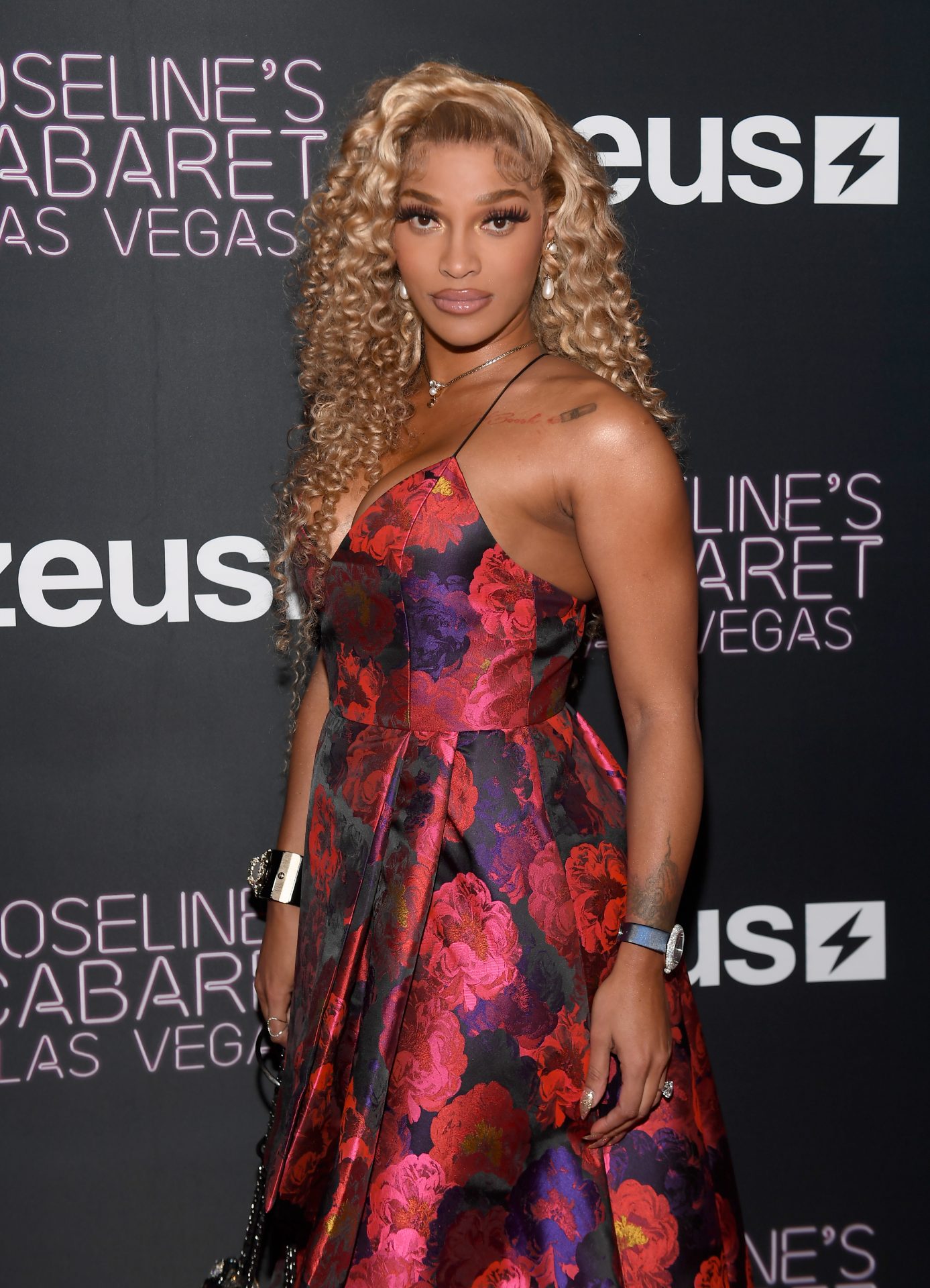 Whew! If there’s one thing we know about the Puerto Rican Princess Joseline Hernandez, it’s that she’s gonna keep it 100% real, and she did just that on Twitter on Wednesday.

As we previously reported, Ambler Ali, a cast member from season 3 of ‘Joseline’s Cabaret’, alleged she was attacked by Joseline and her fiancee Balistic Beats during the show’s reunion episode. After Amber went live stating that she ended up in the hospital, Joseline confirmed that physical altercations did in fact go down on set!

“I mortal kombat one h*e, pimp slapped another one,” Joseline wrote. “Pushed one into last night’s episode. Kicked down a few on the ground. I slapped fire out of everyone on that stage. Me n my crew wait for it.”

In a series of tweets, Joseline continued to address the women of the cast and the people criticizing her decision to fight the ladies.

“Keep crying from your hospital bed with your broken ribs. One kick you flew into the next day. Rotten mouth a** h*e. And for you dumb b*tches when you sign up for a reality show you CANNOT file a lawsuit against anyone on the show. You dummies.”

The tea did not stop there, Chile! Tommie Lee of LHHATL entered the chat with a message aimed at Joseline. If y’all recall, Tommie and Joseline had their fair share of beef while the two ladies were on the ATL franchise together, and Tommie was n’t feeling Joseline’s recent behavior.

“THE SAME GROWN A** WOMAN BRAGGING ABOUT BEATING B******* UP IS THE SAME ONE CALLED THE POLICE AND GOT ​​A RESTRAINING ORDER ON ME I HAD TO PAY 50K TO GET OUT OF JAIL ALL BECAUSE WHEN IT COMES TO ME EVERYBODY SO MATURE AND ABOVE THE BS THEY TURN INTO VICTIMS ALL OF AH SUDDEN SMH Y’ALL FUNNY…I WANT MY COURT FEES AND BOND MONEY BACK!”

Joseline responded with the following message:

“I have too much money to have time for b*tches that don’t make me no money. So if you don’t work for me please kindly mind your broke down business n go get af*cking job. Dog face mad jealous envious DRUNK DRUNK H*EH*E.”

It’s unclear whether any legal action will be taken in regard to the physical altercations, but we’ll keep you updated, Roomies.