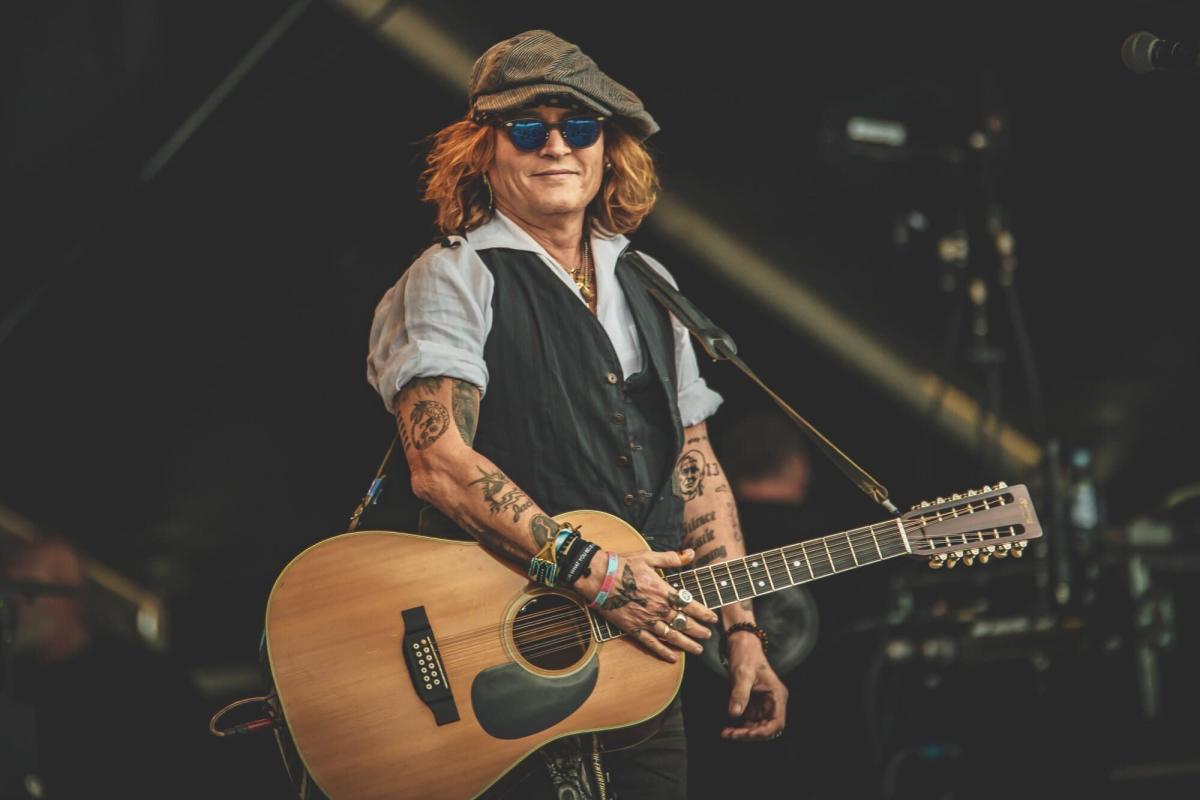 Johnny Depp is getting the band back together.

The 59-year-old actor is embarking on an overseas tour with his Hollywood Vampires band, announcing concert dates in Germany and Luxembourg for summer 2023. He’s in the group along with rock stars Joe Perry, Alice Cooper and Tommy Henriksen.

Back in March 2021, the Hollywood Vampires canceled their tour, citing pandemic travel restrictions. “We are beyond disappointed to announce that the Hollywood Vampires must cancel our rescheduled UK/European tour this summer,” they said in a statement at the time. “We kept to make it happen, but unfortunately due to the uncertainty of COVID-19 travel restrictions, it is just not possible.”

They added, “Thank you for understanding, and we WILL be back rocking with you once the world returns to normal!”

In recent weeks, Depp has been abroad performing with musician Jeff Beck. A source told PEOPLE that he has “moved on” from his Virginia defamation trial against ex-wife Amber Heard and “happy that it’s over.”

“Although he is relieved about the jury’s verdict, he isn’t gloating about it,” the insider added.

The verdict was revealed June 1, with the seven-person jury siding mostly with Depp, awarding him more than $10 million in damages. Heard, 36, won one of her three defamation countersuit claims as well, and the jury awarded her $2 million.

RELATED: Amber Heard ‘Is Trying Her Best to Have a Positive Outlook’ After Johnny Depp Trial: Source

The source told PEOPLE, “He isn’t even talking about the trial now. He filed the lawsuit because he considered it necessary. He has moved on though. He is now able to get back to what he loves doing. He enjoys performing and has a busy summer ahead. He is also looking forward to continue working. He just wants his career back. He loves filming.”

After the verdict, Depp said in a statement that the “jury gave me my life back.” Heard, meanwhile, called the decision a “setback” for women, and she plans to appeal the verdict. In a sit-down interview with Savannah Guthrie for NBC News’ dateline that aired Friday, Heard said she holds “no ill will” or “bad feelings” toward her ex-husband “at all.”

Depp has another separate trial coming up. Gregg Brooks, the location manager on one of Depp’s movies City of Lies, filed the actor of punching him twice in the ribs after screaming at him on set in an alleged altercation April 13, 2017. Brooks a civil complaint in Los Angeles Superior Court back in July 2018, and it’s set to begin trial in July . Back in August 2018, Depp, who has denied the alleged on-set claim, filed a response in which he claimed he feared for his alleged safety during the incident.

The actor is reuniting with his attorneys from the Heard trial, Camille Vasquez and Benjamin Chew, for the case. Law & Crime Network reported that its request to have cameras in the LA courtroom have so far been denied, contrasting the live-streamed, highly publicized attention made on the six-week Depp v. hear trial.