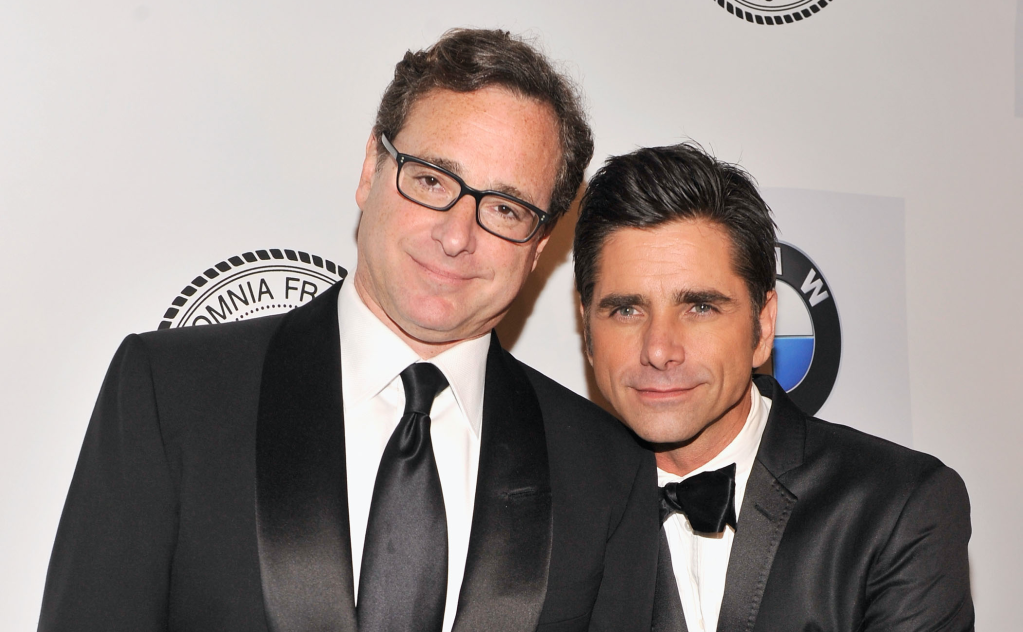 John Stamos may have come to D23 to talk up the second season of his Disney+ show big shot but he took time out to show some love to his old pal, Bob Saget.

After chatting up the Oct. 12 return of his comedy-drama from David E. Kelley, Dean Lorey and Brad Garrett, Stamos took the stage alone to share personal stories about the last time he spent time with his full house co-star, who died in January at the age of 65.

They went to Disneyland, naturally.

“I don’t remember what rides we went on, I don’t remember what we ate, I do remember the feelings we felt,” recalled Stamos, choking up. “We felt the unspoken love that happens between grown men dressed in pajamas. Winnie the Pooh said every day I spend with you is my favorite day. Every day I spent with Bob was my favorite day, especially that day at Disneyland. Being able to share this memory with you here today is my new favorite memory. Bob never left anything on the table. He was bombastic with his love from him.”

Then Stamos made a special request to the crowd. “Let’s be present. As you know we can never claim that time with people. There is such goodness possible. there are compassionate souls ready to help. It’s our Disney duty. I ask you this, please let the job and happiness that is created in this magical place in here, to stay with us out there.”

Saget was most known for his role as Danny Tanner on full house, which ran from 1987-1995 on ABC. He went on to reprise his role in the Netflix sequel Fuller Housewhich aired for five seasons.