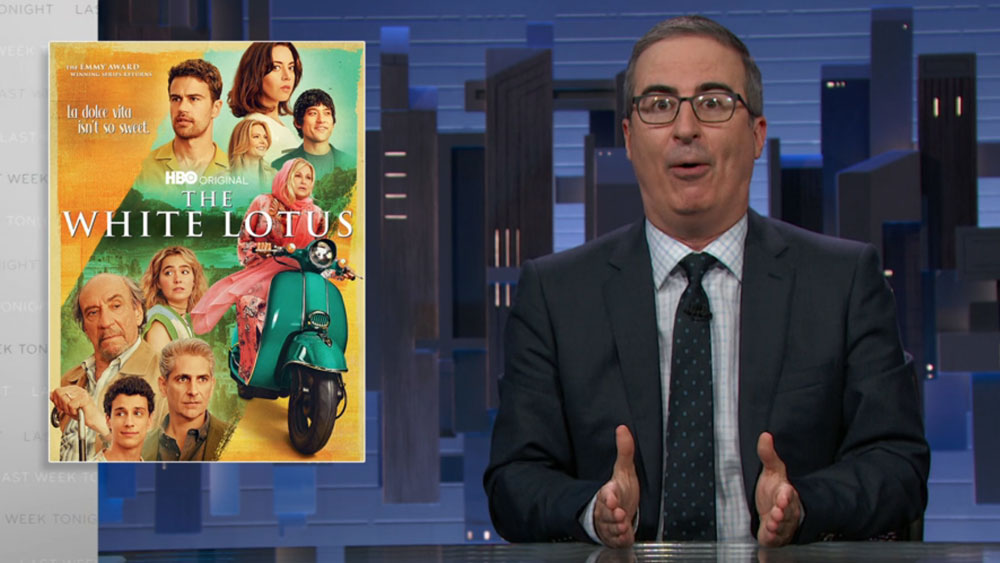 John Oliver was back for another new episode of Last Week Tonight where he poked fun at himself and explains who is the audience that ends up watching him.

The topic of the late-night show this week was started voting and how Republican-leaning candidates already casting doubt on the election results if they don’t win. Oliver presented a commercial with hopeful Arizona governor Kari Lake where she says, “If you’re watching this ad right now, it means you’re in the middle of watching a fake news program.”

After the ad played out, Oliver returned to the screen to address his viewers and throw in a little joke.

“If you just saw that ad for the first time on this show, you’re clearly not watching it on a fake news program. You’re watching it because you left the TV on after The White Lotus. That is what is happening right now,” he joked.

Oliver knows that The White Lotus has been a hit with viewers and the Season 2 premiere reportedly grew 63% in ratings from the previous season.

The Season 2 logline of the Mike White-created show is as follows: “The social satire is set at an exclusive Sicilian resort and follows the exploits of various guests and employees over the span of a week.”