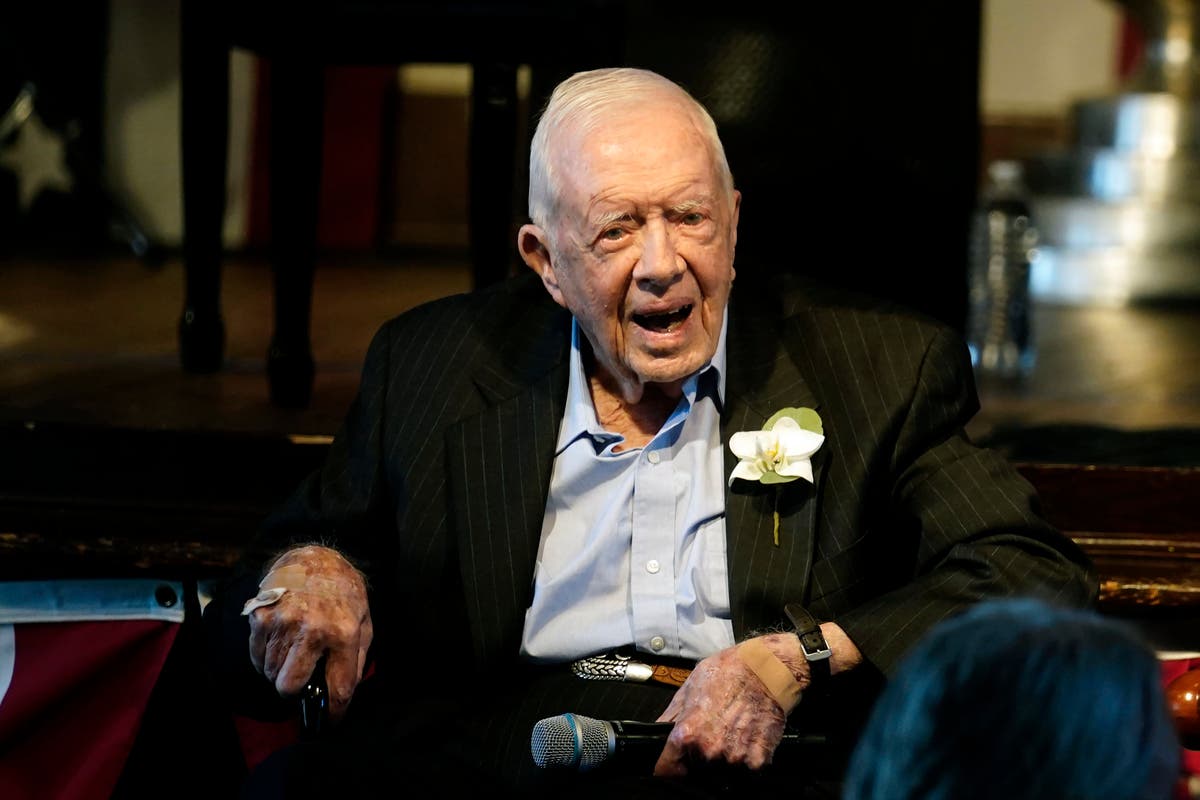 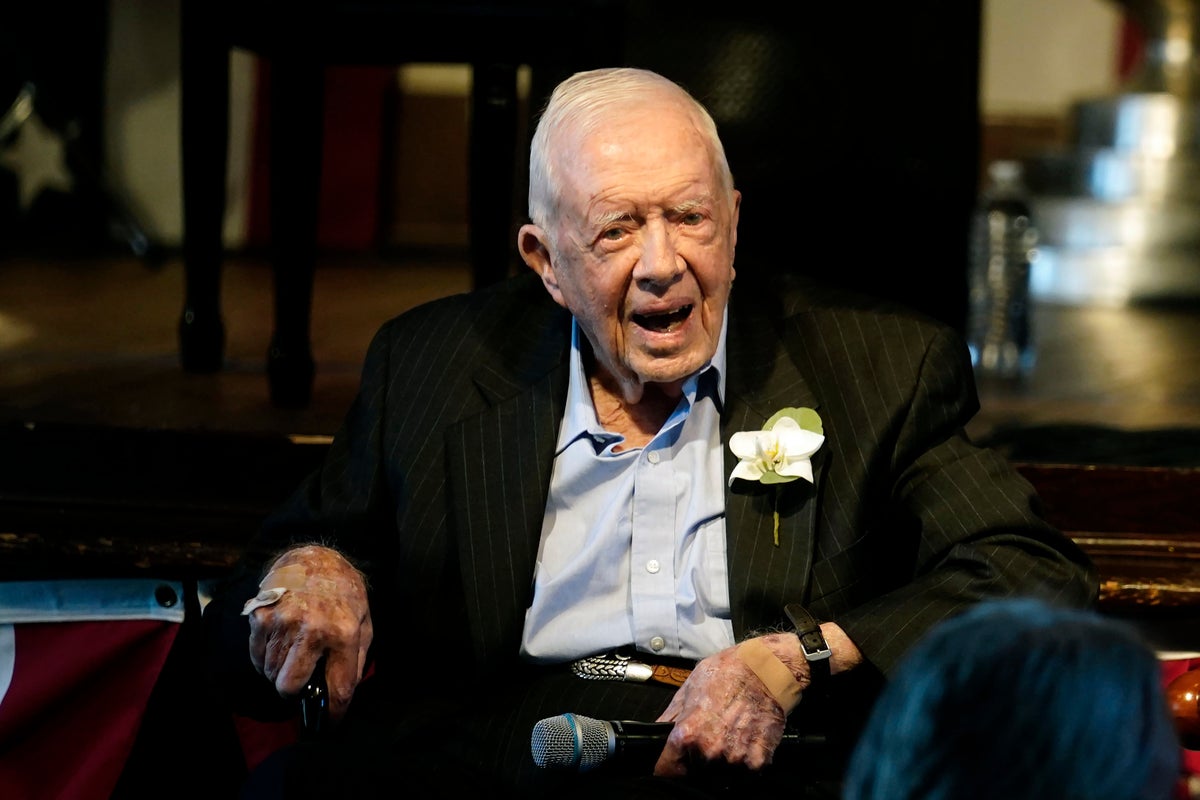 Jimmy Carter, already the longest-living US president in history, will celebrate his 98th birthday Saturday with family and friends in Plains, the tiny Georgia town where he and his wife, 95-year-old Rosalynn, were born in the years between World War I and the Great Depression.

The 39th president’s latest milestone comes as The Carter Center, which the Carters established together after their one White House term, marks 40 years of promoting democracy and conflict resolution, monitoring elections, and advancing public health in the developing world.

Jason Carter, the former president’s grandson now leading the Carter Center board, described his grandfather, an outspoken Christian, as content with his life and legacy.

“He is looking at his 98th birthday with faith in God’s plan for him,” the younger Carter, 47, said, “and that’s just a beautiful blessing for all of us to know, personally, that he is at peace and happy with where he has been and where he’s going.”

Carter Center leaders said the former president, who survived a cancer diagnosis in 2015 and a serious fall at home in 2019, already has enjoyed reading congratulatory messages sent by well-wishers around the world via social media and the center’s website. But Jason Carter said his grandfather is mostly looking forward to a simple day that includes watching his favorite Major League Baseball team, the Atlanta Braves, on television.

“He’s still 100% with it, even though daily life things are a lot harder now,” Jason Carter said. “But one thing I guarantee. He will watch all the Braves games this weekend.”

James Earl Carter Jr. won the 1976 presidential election after beginning the campaign as a little-known one-term Georgia governor. His surprise performance by him in the Iowa caucuses established the small, Midwestern state as an epicenter of presidential politics. Carter went on to defeat President Gerald Ford in the general election, largely on the strength of sweeping the South before his native region shifted heavily to Republicans.

A Naval Academy alumnus, Navy officer and peanut farmer, Carter won in no part because of his promise never to lie to an electorate weary over the Vietnam War and the Watergate scandal that resulted in Richard Nixon’s resignation from the presidency in 1974. Four years later, unable to tame inflation and save voter anger over American hostages held in Iran, Carter lost 44 states to Ronald Reagan. He returned home to Georgia in 1981 at the age of 56.

The former first couple almost immediately began planning The Carter Center. It opened in Atlanta in 1982 as a first-of-its-kind effort for a former president. The stated mission: to advance peace, human rights and public health causes around the world. Carter won the Nobel Peace Prize in 2002. He traveled internationally into his 80s and 90s, and he did not officially withdraw from the board until 2020.

Since opening, the center has monitored elections in 113 countries, said CEO Paige Alexander, and Carter has acted individually as a mediator in many countries, as well. Carter Center efforts have nearly eradicated the guinea worm, the parasite spread through unclean drinking water and painful to humans. Rosalynn Carter has steered programs designed to reduce stigma attached to mental health conditions.

“He’s enjoying his retirement,” said Alexander, who assumed her role in 2020, about the time Jason Carter took over for his grandfather. But “he spends a lot of time thinking about the projects that he started and the projects that we’re continuing.”

Alexander cited the guinea worm eradication effort as a highlight. Carter set the goal in 1986, when there were about 3.5 million cases annually across 21 countries, with a concentration in sub-Saharan Africa. So far this year, Alexander said, there are six known cases in two countries.

In 2019, Carter used his final annual message at the center to regret that his post-presidency had been largely silent on climate change. Jason Carter said the center’s leadership is still exploring ways to combat the climate crisis. But he offered in the timetable. “We won’t duplicate other effective efforts,” Carter said, explaining that one of the center’s strategic principles is to prioritize causes and places that no other advocacy organizations have engaged.

On elections and democracy, perhaps the most unpredictable turn is that Jimmy Carter has lived to see the center turn its efforts to the home front. The center now has programs to combat mistrust in the democratic process in the United States. Carter Center personnel monitored Georgia’s recount of US presidential ballots in the state in 2020 after then-President Donald Trump argued the outcome was rigged. Multiple recounts in Georgia and other states affirmed the legitimacy of Joe Biden’s victory.

“Certainly, we never thought we would end up coming home to do democracy and conflict resolution around our elections,” Jason Carter said. “(But) we couldn’t go be this incredible democracy and human rights organization overseas without ensuring that we were adding our voice and our expertise … in the US”

Ahead of the US midterm elections, the center has asked candidates — regardless of party — to sign onto a set of fair election principles, including committing to the peaceful transfer of power. Among those who have signed commitments: Georgia Gov. Brian Kemp, a Republican, and his Democratic challenger Stacey Abrams.

Carter himself has mostly retreated from politics. For years after his 1980 defeat him, Democrats steered clear of him. He enjoyed a resurgence in recent election cycles, drawing visits from several 2020 Democratic presidential hopefuls and, in 2021, from President Joe Biden, who in 1976 was the first US senator to endorse Carter’s presidential bid. With inflation now at its highest levels since the late 1970s and early 1980s, some Republicans are bringing up Carter again as an attack line on Biden and Democrats.

“His people that he feels sort of the closest connection with now are the folks in Plains, at his church and other places,” Jason Carter said. “But, you know, his partner No. 1, 2 and 3 is my grandma, right? He has outlived friends and so many of his advisers him and the people that he accomplished so much with in the past, but they’ve never been lonely because they’ve always had each other.”