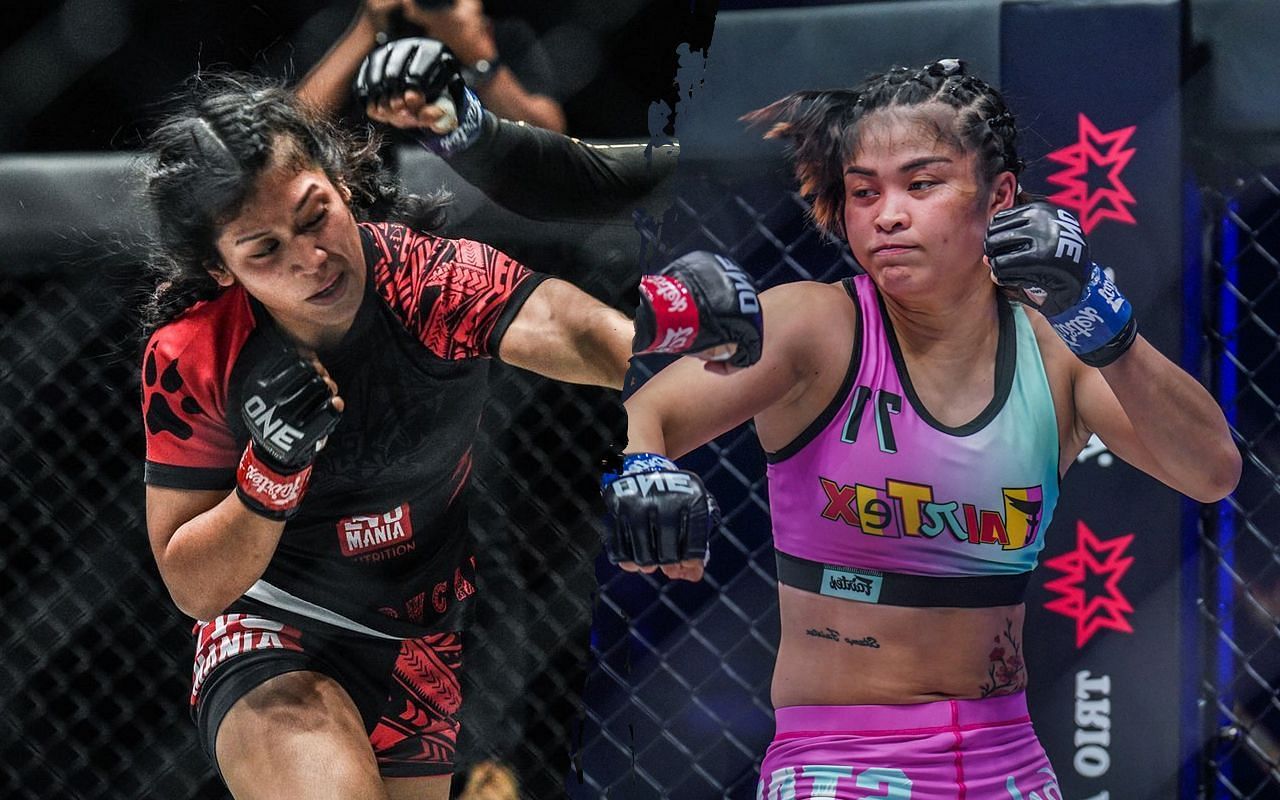 Ahead of their women’s atomweight clash at ONE on Prime Video 2: Xiong vs Lee III, which airs live on US primetime, ‘Shadow Cat’ claimed that she’s not really impressed by the Thai superstar’s set of skills. In fact, she believes that her last two opponents were harder to prepare for.

Radzuan spoke to ONE Championship as she wrapped up her preparations for the No.1-ranked women’s atomweight fighter on September 30 at the Singapore Indoor Stadium.

“I’m really feeling positive about this. I feel Stamp is a good opponent, a solid fighter, but she’s probably the worst of the fighters that I have [faced recently] after fighting against a couple of legit fighters [in Mei Yamaguchi and Itsuki Hirata].”

Radzuan rose up the ranks and secured the fifth spot in the division’s rankings after winning her last three fights. The Ultimate MMA Academy standout isn’t done yet. She wants to take Stamp’s place as the top contender at 115 pounds.

After all, a win over former Muay Thai and kickboxing world champion would likely guarantee Radzuan a shot at women’s atomweight queen Angela Lee. Then again, knocking off Stamp will be much easier said than done.

After dominating ONE’s striking-only scene, the former ONE Super Series star has made a smooth transition to mixed martial arts. She won eight of her first ten MMA bouts, with her last fight being a world title loss to ‘Unstoppable’.

Aside from her superb striking skills, Stamp has also shown an ever-improving ground game, as evidenced by her submission victories over tough opponents like Asha Roka and Ritu Phogat. Jihin Radzuan may discredit Stamp’s abilities, but the Thai star’s body of work proves otherwise.

A veteran of 85 Muay Thai and kickboxing bouts, Stamp Fairtex is arguably one of the most accomplished female fighters in the striking arts. Her progress on her feet translated smoothly to MMA, as she dispatched Rashi Shinde, Puja Tomar, and Sunisa Srisen via KO/TKO.

Jihin Radzuan, however, believes in his own standup game and thinks Stamp’s striking is just better on paper.

“I think the way she sells herself as this feared Muay Thai and Kickboxing World Champion makes everyone think that her striking is so good. It’s not right up there, but it’s good. One thing I can say about her striking her is that it’s fast. Her hands, her kicks, and elbows can come at you quickly.”

“It will work against women who are unsure on how to strike. As for me, I do know how to handle it.”