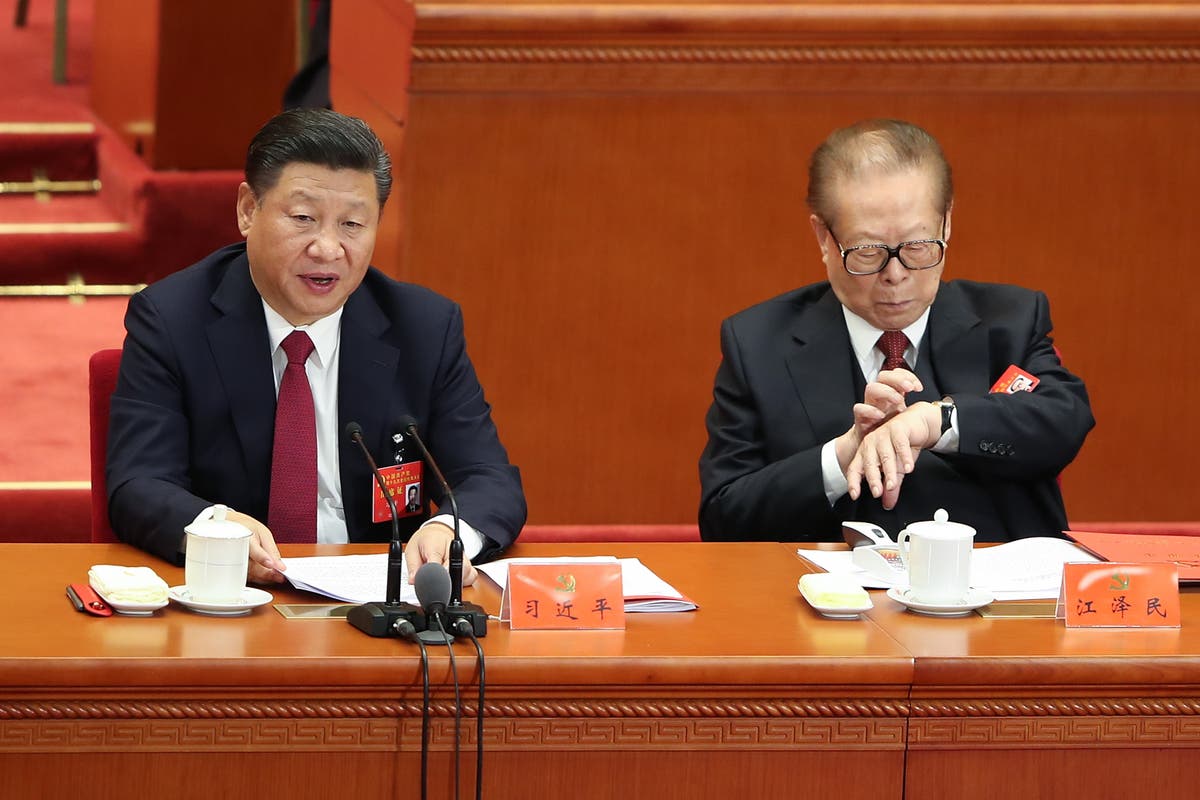 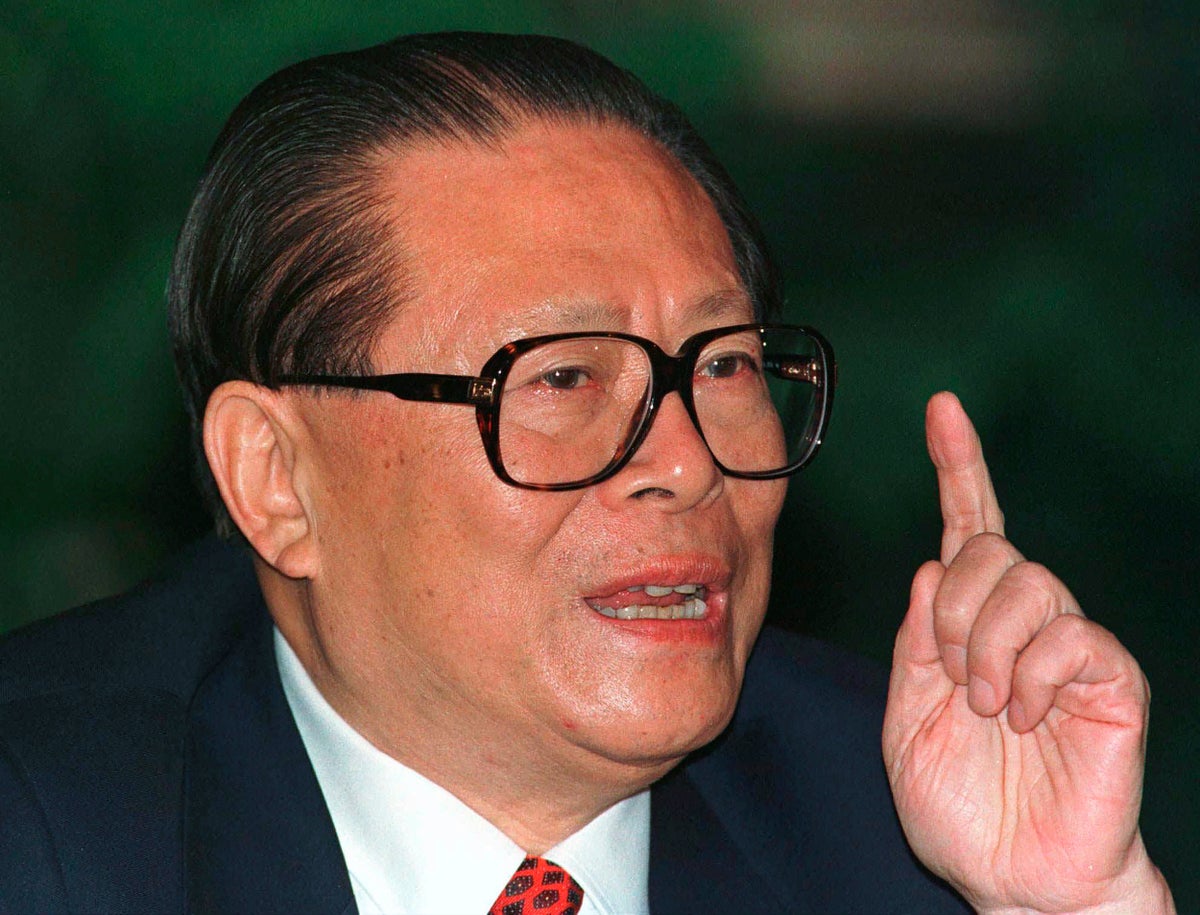 Former Chinese president Jiang Zemin, who came to power after the Tiananmen Square protests, has died at the age of 96, the country’s state media reported on Wednesday.

Jiang died of leukaemia and multiple organ failure at 12.13pm in his home city of Shanghai, according to the official Xinhua news agency.

The outlet also published a joint letter to the Chinese people by the ruling Communist Party, the parliament, cabinet and the military announcing his demise.

“Comrade Jiang Zemin’s death is an incalculable loss to our party and our military and our people of all ethnic groups,” the letter read, saying the announcement was made with “profound grief”.

It described “our beloved Comrade Jiang Zemin” as an outstanding leader of high prestige, a great Marxist, statesman, military strategist and diplomat and a long-tested communist fighter.

Jiang had faded from public sight and last appeared publicly alongside current and former leaders atop Beijing’s Tiananmen Gate at a 2019 military parade celebrating the party’s 70th anniversary in power.

Rumors that Jiang might be in declining health spread after he missed a ruling party congress in October at which President Xi Jinping, China’s most powerful figure since at least the 1980s, broke with tradition and awarded himself a third five-year term as leader.

Known for leading his country after the crushing of pro-democracy protests in Tiananmen Square in 1989, Jiang pushed through economic reforms that generated explosive growth of the communist state.

Jiang was born on 17 August 1926, in the affluent eastern city of Yangzhou. Official biographies downplay his family’s middle-class background, emphasizing instead his uncle and adoptive father, Jiang Shangqing, an early revolutionary who was killed in battle in 1939.

After graduating from the electrical machinery department of Jiaotong University in Shanghai in 1947, Jiang advanced through the ranks of state-controlled industries, working in a food factory, then soap-making and China’s biggest automobile plant.

Like many technocratic officials, Jiang spent part of the ultra-radical 1966-76 cultural revolution as a farm laborer. His career rise summed up, and in 1983 he was named minister of the electronics industry, then a key but backward sector the government hoped to revive by inviting foreign investment.

Initially seen as a transitional leader, Jiang was drafted on the verge of retirement with a mandate from then-paramount leader Deng Xiaoping to pull together the party and nation.

But instead he proved transformative. In 13 years as Communist Party general secretary, the top position in China, he guided China’s rise to global economic power by welcoming capitalists into the party and pulling in foreign investment after Beijing’s entry into the World Trade Organization (WTO) in 2001.

He saw China through a number of history-making changes including a revival of market-oriented reforms and the return of Hong Kong from British rule in 1997.

Yet even as the country opened up to the world, his government continued to stamp out dissent at home.

It jailed human rights, labor and pro-democracy activists and banned the Falun Gong spiritual movement, which it viewed as a threat to the Communist Party’s monopoly on power.

Jiang gave up his last official title in 2004 but remained a force behind the scenes in the wrangling that led to the rise of current president Xi Jinping, who took power in 2012. Mr Xi has stuck to Mr Jiang’s mix of economic liberalization and strict politics controls.

Jiang presided over the nation’s rise as a global manufacturer, the return of Hong Kong and Macao from Britain and Portugal and the achievement of a long-cherished dream: winning the competition to host the Olympic Games after an earlier rejection.

Jiang capped his career with the communist era’s first orderly succession, handing over his post as party leader in 2002 to Hu Jintao, who assumed the presidency the following year.

He tried to hold on to influence by staying on as chairman of the Central Military Commission, which controls the party’s military wing, the 2.3 million-member People’s Liberation Army. He gave up that post in 2004 following complaints he might divide the government.

Even after he left office, however, Jiang had influence over promotions through his network of protes.

He was said to be frustrated that Deng had picked Hu Jintao as the next leader, blocking Jiang from installing his own successor. But Jiang was considered successful in elevating allies to the party’s seven-member Standing Committee, China’s inner circle of power, when Mr Xi became leader in 2012.

Portly and owlish in oversize glasses, Jiang was an ebullient figure who played the piano and enjoyed singing, in contrast to his more reserved successors, Mr Hu and Mr Xi.

He spoke enthusiastically if halting English and would recite the Gettysburg Address for foreign visitors. On a visit to Britain, he tried to coax Queen Elizabeth II into singing karaoke.

Jiang is survived by his two sons and his wife, Wang Yeping, who worked in government bureaucracies in charge of state industries.

Additional reporting from the wires